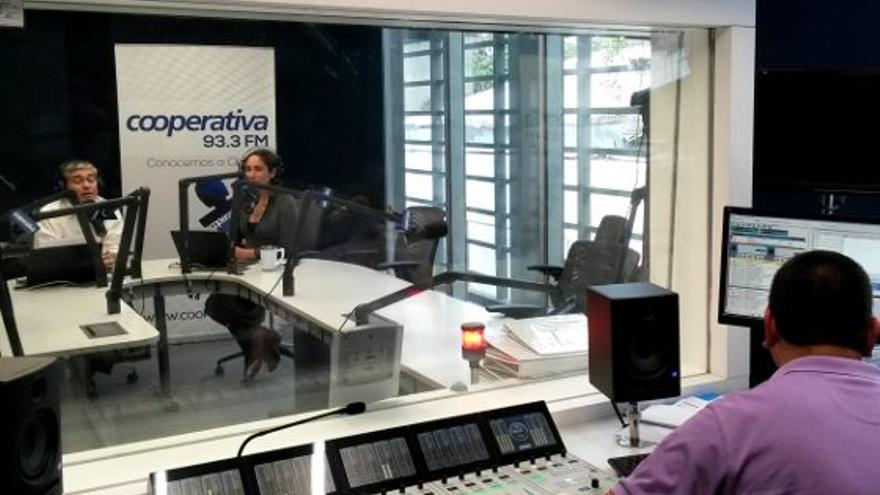 The team of journalists from Radio Cooperativa de Chile, which has distinguished itself for its high quality work and its relevant contribution to the history of Chilean democracy, as well as for the exercise of an indispensable journalism and with a clear spirit of public service, is the winner of the Recognition of Journalistic Excellence of the Gabo 2020 Award.

“Their voices and stories are part of the daily life of Chileans, which speaks of the relevance of journalism that this team of journalistic communication professionals has exercised, with intelligence and solidity, by focusing on reporting and investigating the facts and offering in a calm tone a reliable daily information package, despite the pressures and crises, “says the Governing Council of the Gabo Foundation in the minutes in which the reasons for which they were selected are included.

On behalf of the journalists of Radio Cooperativa, this award will be given to the 35 informants who currently make up its newsroom, “who have distinguished themselves in this historical moment by the credible, judicious and consistent reporting treatment deployed since October 2019, when in Chile began the social outbreak that led a year later in the unprecedented call for a Constituent Convention, assuming in parallel, in addition, since March 2020, impeccable coverage of the events and effects of the serious crisis caused by the coronavirus pandemic ” .

This Recognition of Excellence from the Gabo 2020 Award is also a distinction to the leading role that women have had in the team of journalists of Radio Cooperativa, among them Delia Vergara Larraín, the first director of El Diario de Cooperativa, who faced with courage and force the times of dictatorship from an ethical and rigorous journalism, as well as the great journalists who have passed through the radio such as Manola Robles, Raquel Correa and Patricia Politzer, to give way to new generations in which Verónica Franco, Paula Molina stand out , Paula Bravo and many others.

The voice of the Radio Cooperativa de Chile for more than 40 years, Sergio Campos and the deputy general editor of the press, Verónica Franco Montecinos, are part of the list of guests of the Gabo Festival No. culture, which is celebrated virtually from the November 30 to December 11.

The Recognition of Excellence will be presented at the Gabo Award ceremony, in which the winners of the four Gabo Award contest categories will also be announced: Text, Image, Coverage and Innovation. The ceremony will take place on January 21, 2021 and will be held virtually.

These awards are organized by the Gabo Foundation, which inspired by the ideals and work of Gabriel García Márquez, seeks to promote spaces for reflection and debate and to exalt ethical, rigorous, innovative and public service journalism. In 2018 the excellence award was awarded to Ignacio Escolar, director of eldiario.es. Other recent award winners have been Colombian photojournalist Jesús Abad Colorado; Jorge Ramos, an influential journalist of Mexican origin who works in the United States; Giannina Segnini, a Costa Rican specialist in data journalism or Marcela Turati, a Mexican reporter.