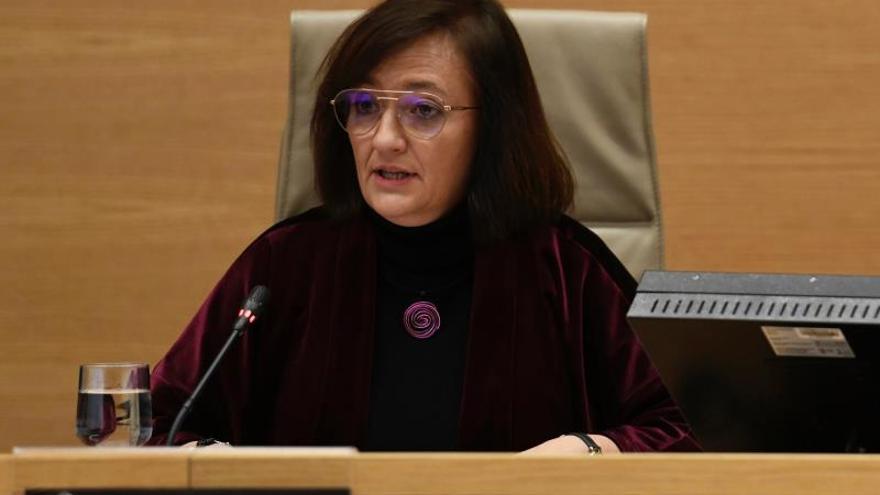 The Independent Authority for Fiscal Responsibility (AIReF) does not see clearly the Government’s proposal for the municipalities to lend their surplus to the State, which will be returned to you in the form of non-financial income so that they can invest it in issues related to urban agenda, care and culture. Cristina Herrero, president of the Independent Authority for Fiscal Responsibility (AIReF) has pointed out “that the remainder that an administration has has to pass to other administrations by means of a loan can discourage the achievement of that surplus because it is not known what the possible consequences are. they can have those loans “, during the presentation this Thursday of the Report on Budgetary Execution, Public Debt and spending rule 2020.

The solution that the Treasury brought to the representation of local corporations allows the consistories to invest part of the remaining treasury that they have fixed in bank entities without incurring a deficit, something that they are prohibited under the stability rule of Cristóbal Montoro and the article 135 of the Constitution that was modified in 2011. The Government seeks to calm the councilmen, who are on the warpath and even threatened with mobilizations, including some socialists, because they claim to be able to spend all the money they have saved.

Cristina Herrero has framed the problem of the situation of the surplus of the municipalities as one of “the inconsistencies of the fiscal framework before the crisis”, when the Central Administration already discounted from its budget the surplus of local entities before it was known ” The AIReF president has indicated that the municipalities have “stability and collection capacity” due to the nature of municipal taxes “, which do not depend on the economic cycle. It has also recognized that compliance with the spending rule on city councils “has been more restrictive” because other Administrations were far from budgetary balance, even when spending by local entities has been below the limits of the spending rule.

Faced with this situation, Herrero has proposed a redefinition of the fiscal framework because the current situation “is the consequence of a mismatch or poor implementation of that fiscal framework in previous years. It is difficult to fix the past.”

Regarding economic forecasts, in 2021, AIReF expects an “incomplete and moderate recovery” due to the persistence of social distancing measures, the high participation in the productive structure of activities with greater social interaction, the temporality of employment and a business demography with a greater participation of small and medium-sized companies more vulnerable to financing difficulties, added the organisation’s president

The institution has made a revision of the forecasts of the Spanish economy. It maintains the scheme of two alternative scenarios and estimates a drop in economic activity, for its part, it will be between -10.1% and -12.4%, depending on the duration of the pandemic and the recovery capacity of the Spanish economy, compared to -8.9 and -11.7% previously estimated. Regarding the deficit of Public Administrations for 2020, AIReF forecasts that it will rise to 11.9%, which could reach 14.4% if the most adverse scenario materializes, compared to the range of 10.9% and 13.8% raised in May.

This greater contraction is marked by the adverse evolution of some activities of high importance in the productive structure of Spain, which continue to be negatively affected by the necessary measures of social distancing and the contraction of international tourism flows, as Herrero has commented. .

Esther Gordo Mora, director of the Economic Analysis Division, noted that “there is no doubt that the economy is reactivating at a rapid rate” but she pointed out “that it starts from very low levels” and recalled that they are “levels of activity below normal in the Spanish economy at this time of the year. In all cases, except in the construction that has a better performance, the sectors are still very close to the lowest historical levels “with data from mid-June. Gordo has remarked that the averages approved by the Pedro Sánchez Executive to reduce the impact of the COVID-19 pandemic have meant “3 percentage points of GDP in an average scenario.”

The general government revenues will stand at 40.3% of GDP in 2020 if either scenario materializes. This supposes an upward revision that is due to the fact that the exemptions of social contributions by the ERTE and for the self-employed are not considered lower income in National Accounts, but higher expenses in subsidies.

Public expenditure will reach 52.2% of GDP and 54.8%. In addition to the effect of accounting for social security exemptions as subsidy spending, the new measures have increased the forecast of spending, along with an increase in the COVID-19 estimate in the health expenditure of the Autonomous Communities.

The distribution of the impact of the crisis by subsectors has changed substantially since the previous report, with the Central Administration assuming part of the deterioration of other subsectors through transfers. On the one hand, the Government has approved additional transfers to the Social Security Funds (FSS) for the amount of 15,700 million and the Non-Refundable Fund for the CCAA for the amount of 16,000 million.

AIReF concludes by offering a series of recommendations to the Government to “clarify, as soon as possible, the fiscal framework applicable to each and every one of the Public Administrations and in particular with a view to preparing the Budget Plan and the budgets of each administration, what which means activating the exceptionality clause provided for in the Organic Law of Budgetary Stability and Financial Sustainability, clarifying the consequences of non-compliance with fiscal rules and setting new objectives for stability and debt. ” In addition, it recommends establishing “a medium-term national fiscal strategy that serves as a fiscal guide and guarantees in a realistic and credible way the financial sustainability of the Public Administrations” and exploring “the implementation of the proposals made by AIReF in the review studies of the Spending or Spending Review. ”