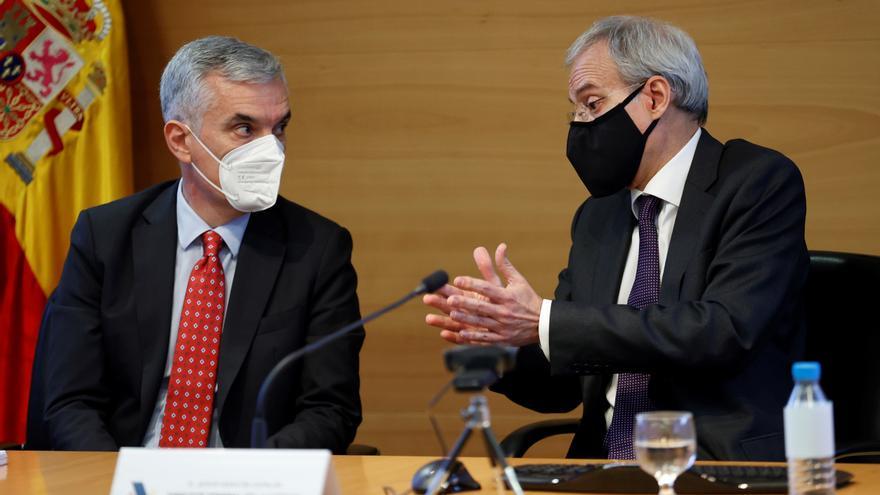 The State Tax Administration Agency (AEAT) loses one of its main senior positions at a time when a significant reinforcement of this body is foreseen for the execution of the Government Recovery Plan. The hitherto director of the Tax Management Department, Gonzalo García de Castro, has resigned to return to Catalonia, where he has developed most of his professional career.

According to sources from the AEAT, García de Castro has asked to be relieved to spend more time with his family in Catalonia, where he was a special delegate between 2012 and 2018. Until now, this manager was the head of one of the three most important departments of the agency, if not the most, along with the Collection and Inspection.

The Tax Management area is key to the AEAT’s day-to-day life. It is entrusted with the functions of information and assistance and of verification and tax control, in order to promote voluntary compliance with the tax obligations established in the tax regulations. As one source in the sector sums up, it is a much less media area than Inspection, but “the most important because in its ordinary activity it collects millions of taxpayers.”

The person who is emerging to replace García de Castro is, according to some sources, the current director of the Planning and Institutional Relations Service, Rosa Prieto, very close to the director of the Agency, Jesús Gascón.

The voluntary replacement of the former AEAT manager has caused some surprise in some sectors of the agency. It occurs at a time when the Tax Management area of ​​the AEAT is going to embark on a more functional and less territorial organization, in parallel with the digitization of the body, a process for which the recovery plan includes a significant effort.

A transformation that García de Castro has committed to during his tenure, with initiatives such as the implementation of the comprehensive digital assistance system (ADI), launched in February as a platform for the provision of information and assistance services by electronic means, already in operation in the Valencia and Vigo delegations, and which has been praised by the Organization for Economic Cooperation and Development (OECD). In these three years, the already former director of Tax Management has also led a project to centralize the management of this department in the 100 most important offices of the agency to improve the quality of administrative acts, they recall in the sector.

This desire for digitization will go further with the recovery plan. Within the component of reforms committed by the Government with Brussels dedicated to the fight against tax fraud, the plan includes an investment of 532 million between this year and 2024 to modernize the body that will not be in charge of European funds. The document promises, among other aspects, an effort to modernize the agency “by adapting its organization to the new needs arising from a changing environment, especially in the digital field and, of course, picking up the commitment to reinforce and rejuvenate the workforce to cope to new challenges “.

The plan also promises an improvement in the processes to uncover hidden income and reduce the shadow economy among SMEs and the self-employed, and a significant reinforcement of personnel to increase the AEAT staff by some 3,000 by 2023 after years of cuts, to achieve ” a staff of dimensions closer to those that have been customary throughout its history, in which it has almost always had more than 27,000 employees “.

In the short term, the General State Budget project plans to increase the agency’s staffing by 9.3% by 2022, to 1,212 million, with the incorporation of more than a thousand new staff.

The outgoing director of Tax Management has belonged to the Higher Body of State Tax Inspectors since 1996 and to the Technical Body of Finance since 1988. He was appointed head of Tax Management in July 2018. He replaced the current Global Compliance partner of the EY consultancy in Spain, Rufino de la Rosa, who that year signed for another great in the sector, KPMG.

The appointment of García de Castro in 2018 caused some controversy in some sectors due to a distant episode. How he counted then The world, a judgment of the Superior Court of Justice of Catalonia (TSJC) in 2013 gave the reason to one of its subordinates, who had refused to comply with an order of hers to retain what is known as “excessive income” or duplicate, as technically defined as taxes collected in excess from taxpayers.

Given that order “clearly illegal,” according to the sentence, the official was demoted in 2011 and García de Castro, promoted. The TSJC ordered that the complainant be reinstated in office. The AEAT then assured that the instruction “led to confusion” and “was immediately corrected.”