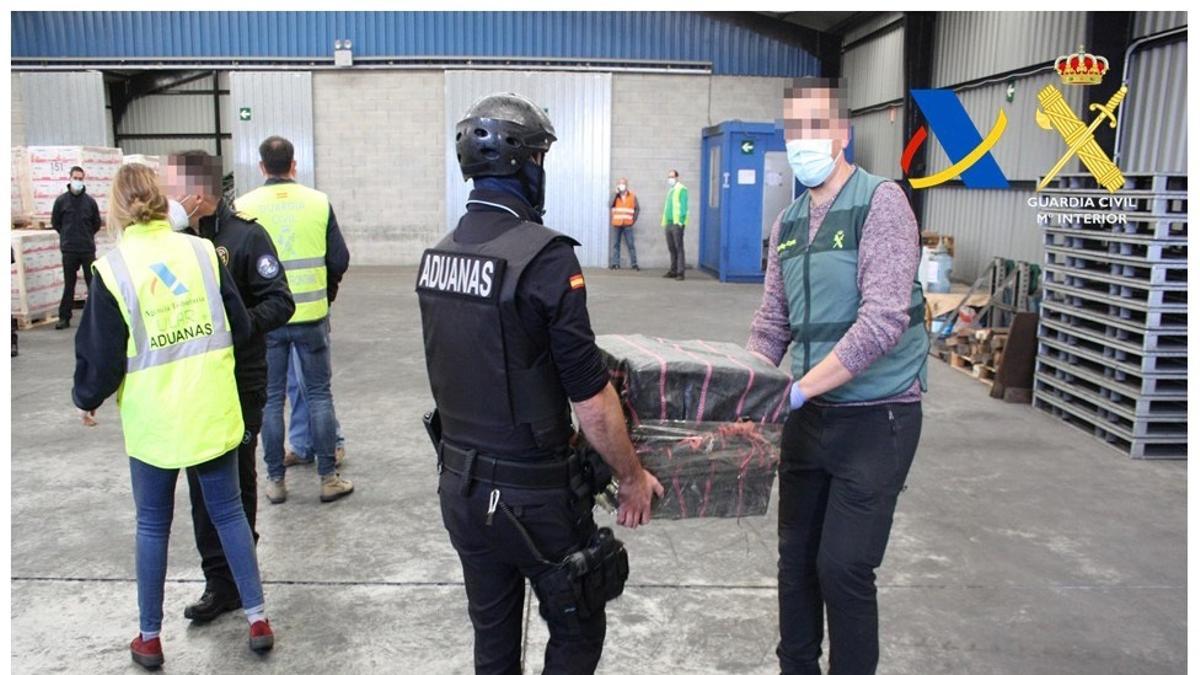 The State Tax Administration Agency (AEAT) has used obsolete software for years to tap into the telephone conversations of suspected drug traffickers and fraudsters. The wiretapping system that the Customs Surveillance Service (SVA) acquired in 2006 and has used until this year had not been updated since 2016 and did not allow intercepting conversations in 4G and 5G. The agency, which maintains that the problem is now solved, acquired other software in 2019, but has not started using it until a few weeks ago due to delays in its launch.

"As reported by the Customs Surveillance Service, its interception system has given constant failures, not registering a multitude of telephone audio incidents, which is why telephone observation has finally been centralized in the Civil Guard interception system", indicates a recent diligence recently presented in court, within the framework of a joint investigation by the armed institute and the AEAT.

These lines summarize the problems that the computer system used in the last decade by the SVA has dragged for years to intercept the wiretapping of alleged drug traffickers and the prosecution of crimes against the Public Treasury such as money laundering.

In the agency there are those who say that a listening system that should evoke the famous series The Wire Over the years it has remained in something more typical of the Spanish Paco's men. The case casts new doubts on the purchasing policy of the SVA, which recently has spent more than 8 million euros on a patrol boat that has serious navigability problems.

The SVA, integrated in the Adjunct Directorate of Customs Surveillance, is the armed body of the AEAT. It depends organically and functionally on the Department of Customs and Special Taxes. And it is piloted by positions whose appointment dates from the time of the then Minister of Finance, Cristóbal Montoro.

This obsolete software, Syborg Interception Center (SIC), was acquired in 2006 by the Tax Agency from the German company Syborg for 1,595,000 euros at the time, as explained by the agency to questions about this matter in an email in which it ensures that "the problem is already solved".

In that email, the agency acknowledges that this system, which it admits that it has not been updated since 2016, had "relevant technical limitations that were addressed through successive updates", until in 2018 the processing of a procedure for the acquisition of a new system "capable of intercepting the new communications services offered by the main operators, including 4G and 5G".

The problem is that the new service, awarded in 2019 to another company, could not begin to be used until a few weeks ago. "It has been operational since the end of last October, so that the problem has already been solved," says the AEAT.

Several employees of the agency explain to elDiario.es that the problem comes from afar. According to a SVA worker, "from 2018-2019 the system begins to fail." "It was nonsense: we got in touch with the Civil Guard and they told us: Have you heard this conversation? No, we don't have it ... and so on one day and another".

When asking the courts for authorizations to intervene on the phone, the agency's investigators realize that not all the calls that are made are being collected: neither the incoming nor the outgoing.

"When the agency staff present the reports in court about the wiretapping, it turns out that approximately only 25% of the calls that are actually made are intervened," says that employee.

This, of course, "is a problem" that "can seriously damage the research": "We are using a program that is obsolete, which does not collect calls in 4G or 5G", summarizes that worker, who underlines the obvious: that in a process of this type "it does not make sense to listen to a random conversation".

"It is easier to catch a supposed bleach over the phone than a hashish dealer, because they are less aware that they are being listened to," says another worker whose version coincides with that of another SVA technician who has been there since the middle of the last decade. dedicated to wiretapping.

He explains that at that time "the system worked well." But "already in 2018 it began to fail. They told us that it was due to the line width, that since there were many users on the Intranet, the system would collapse, that calls were coming in a day late and were specific things."

And so on until 2021. Last summer, "it was learned of a criminal activity of smuggling hashish in my area. There was the thing to prosecute and request authorization to tap phones. We were told no, because the system was failing."

This worker regrets that a few years have gone by "with apprehensions of large cache of hashish and cocaine and in which Customs Surveillance had cutting-edge means for wiretapping or geolocation of vehicles" to "go in tow" of the police forces.

The AEAT states by email that "you cannot set a specific time" to specify when SIC begins to cause problems. The system, he says, allows listening to 4G networks in voice, but not in data.

After its acquisition, it was updated through a support and maintenance service. Furthermore, "specific files have been drawn up to improve their performance and adapt their capabilities to the environment (change in the operators' delivery interfaces, new services, etc.)".

Thus, "in the 2008 budget year an important update was contracted for an amount of 209,800 euros, and in the 2010 budget year a new one, including the change of version of the platform, for an amount of 554,300 euros. they have contracted various adaptations of the infrastructure and minor extensions of their storage and database capacity, the last of them in 2016 ".

"However, the deployment by operators of new communications technologies, in particular 4G networks, together with the permanent increase in traffic per subscriber of the services intercepted by the system in recent years, made it necessary to consider the acquisition of a new system ", explains the AEAT.

According to the agency, "the system has been received and entered into operation at the end of last October." Agency workers explain that this month a training course on interception of communications was held at the Institute of Fiscal Studies (IEF) of the Ministry of Finance with this new system.

With it, "the Customs Department has full capacity to deal with the legal interception of any communications service provided by the main operators, as well as to adapt to the new services that will be deployed in the future," says AEAT.

The contract was processed through the negotiated procedure without advertising and, after inviting four companies to the procedure, it was awarded for an amount of 1,406,000 euros, plus two years of support and maintenance for another 421,800 euros, explains the AEAT. As stated in the recruitment platform of the State, the contract was formalized on September 30, 2019. The specifications are not public, due to the reserved nature of the service. But the available information indicates that at that time there were "six months for delivery of the system and two years for maintenance."

What has happened so that it does not start until more than two years have passed, just a few weeks ago?

According to the AEAT, because "once delivered, and before receipt by Customs Surveillance, the successful tenderer had to work, in contact with the IT Department, which requires that the different external software be integrated into corporate IT, in order to guarantee the security and integrity of the Agency's IT architecture, and these IT jobs were delayed by the pandemic, "which has sent millions of workers home to work remotely.

The winner of the new system was the Excem group, of the Hatchwell family, pillars of the business community of the Jewish community in Spain and whose patriarch, the late Mauricio Hatchwell, was founder and first president of the International Jewish Sefarad Committee and, among other recognitions, Prize Prince of Asturias de la Concordia in 1990.

With a presence in businesses as diverse as cement, real estate or telecommunications, Excem's technology division has among its clients, according to its website, in addition to the Tax Agency, the National Police, Civil Guard, Ertzaintza and the Mossos d´Esquadra. Also to public entities such as Aena and Adif, the Ministries of Interior and Defense or the Generalitat de Catalunya. And companies such as Telefónica, Acciona, ACS, Orange or Yoigo.

The current visible head of Excem is David Hatchwell, one of the entrepreneurs who convinced American gaming mogul Sheldon Adelson to install the failed Eurovegas project in the Community of Madrid. More recently, Hatchwell has accompanied the musician Nacho Cano in his frustrated attempt to build an Aztec pyramid with theater and macroparking to put on a musical in the Hortaleza neighborhood.