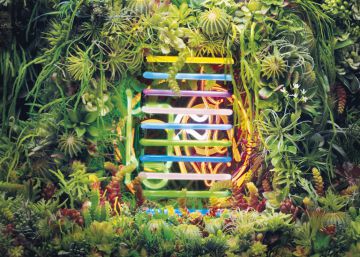 A pandemic like the one we are experiencing, the economic crisis that will come later and the memory of these weeks of confinement will leave lasting traces. Humanity will remember that a microscopic being has disrupted its entire economic and political system, and that this tiny being, the virus, was introduced to millions of people, including the body of the British Prime Minister, through a sold wild animal in a market thousands of kilometers from our current place of confinement. Therefore, the first lesson of the pandemic refers to the space in which we live: the Anthropocene, this new geological era defined by the demonstrated impact of human activities on the planet, is above all a space whose elements vanish and intermingle , in such a way that they generate a global ecosystem transformed by this unusual promiscuity between living beings, the plant world and the mineral world. In other words, everything has become closer to us: pangolins, Siberian permafrost – whose thaw releases unknown bacteria – the Amazon rainforest or the way of producing shoes in a Vietnamese factory. In a way, Bolsonaro and Trump are the presidents of all of us, because their decisions, at the moment of truth, affect us as much as their voters.

The pandemic of covid-19 It could very well be the moment for this wake-up call, in the face of the dangerous naive people who dream of border closings, as if the atmosphere could be nationalized. And this historical moment that we live, since it is going to force us to reexamine the human space, has a direct impact on the artists. Anthropologist Claude Lévi-Strauss He explained that “art is also a guide, an instrument for teaching and learning the reality that surrounds us.” It allows us to understand the space-time in which we live, even if only through the objects you choose.

After classical painting, with its grandiose landscapes on which human figures were outlined – continues Lévi-Strauss – Impressionism showed outskirts landscapes, “a field, houses, a few small trees”, and focused on “the aspect fleeting of things “: it was the painting of a society that made learning renounce a certain type of environment. Cubism represented yet another stage of that learning, the beginning of our coexistence with the products of human industry, in a world “completely occupied by culture and cultural products.” Then came the abstraction, testimony to a need to flee from common spatial coordinates.

These three postulates continue to exist, diffuse and increased, in the art of our time. Today, however, many contemporary artists manipulate the elemental structures of living beings and the atomic components of social objects; By using fragments, debris, particles, rather than objects or products, by decomposing social reality, by analyzing the material weight of the world, they create what I would call a molecular anthropology. I will only mention three names, due to lack of space: Pierre Huyghe, Dora Budor, Pamela Rosenkranz. At the same time, an epidemic made present particles that are invisible to the naked eye and immense objects, and caused disturbances visible from a satellite in the human sphere, animal populations and the atmosphere. In this sense, the epidemic constitutes the paradigm of this supreme distancing and reminds us that reality is not made up of articles to buy or objects to use, but rather of infinite subtle vibrations and living interactions.

Because the other destructive force of our time is the industrial use of life. Agriculture is the process by which human beings organized their ecosystem to control the biological cycle of domesticated species in order to produce useful resources. In Europe, at the end of the 15th century, a new stage began: “the primitive accumulation” of capital began with the seizure of common lands cultivated by peasants by private owners, who made them their employees. Today, the digital neolithic in which we enter intensifies this movement of domestication, by extending it to human information (data) and the whole of living beings. The preferred instrument of this phase of domestication is the Internet, because it allows the mental parking of human populations on a large scale, a super sedentarization that makes humans join plants, animals, forests and the earth’s crust in the rows of material “resources” that can be exploited. And the worldwide confinement that has characterized the covid 19 pandemic gives us a glimpse of what could be the next stage of that staging. Contemporary forms of governance will be altered by this process of general domestication, in which humans and nonhumans come together due to their raw material status, usable thanks to digital confinement.

However, both the climate crisis and the pandemic are events that, for the first time since Christopher Columbus landed in America, put human societies in sync. In the catastrophe, the peoples of the Amazon and the G7 leaders share the same reality again; so that, for want of something better, we celebrate this disastrous synchrony that prompts us to recognize the interactions and links between cultures, ways of life and ecosystems. Because human and non-human beings are forced to invent a way of cooperation, and human technology has no choice but to resort to what Peter Sloterdijk calls “homeotechnology”, that is, technical knowledge that works within the natural forces, instead of desecrating them according to a relationship of domination. This was the way of thinking of Taoist China, the Dogons, the Cherokees and the Mapuches: that not all setbacks are bad, with the exception that this is not exactly a setback, but the late inclusion of silenced voices by the West.

At the same time, the connected individual lives in the immediacy of real-time information, endlessly claimed, bombarded by more or less artificial events. Densification is taking over the planet and the 21st century human population must face unprecedented congestion. The rise of homeotechnologies must correspond to a new holism, an inclusive approach to the world, a new immersion in this natural environment that we have learned to consider a simple “environment”. This inclusive approach to the world is oriented, in young artists like Max Hooper Schneider or Huma Bhabha, towards an updated form of totemism. This term designates a mode of social organization based on the totem principle, that is, the conviction that there is a link, a common essence, between a person (or a group) and natural spaces (animal, plant, even atmospheric) . The central idea of ​​totemism is the existence of a link, a dynamic conaturality, between human beings and their environment, which is at the center of both the climate crisis and the epidemic catastrophe. Art will only regain an active role if it becomes an alternative model, inspiration for human activities, and social energy at the service of lasting development. And I am convinced that this mental evolution, which previously operated on artists, will be accelerated by the coronavirus crisis.

Nicolas Bourriaud He is an art historian and theorist, former director of the Palais de Tokyo and currently responsible for the MoCo de Montpellier.