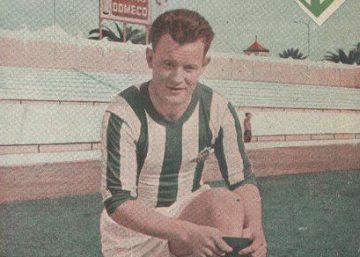 Sweden had its best time in the fifties, when it was a finalist of its own World Cup, where it was defeated by the unstoppable Brazil of Garrincha, Didí, Vavá, Pelé and Zagalo. Who first saw the strength of that Swedish football was Milan, who at the beginning of that decade signed the central triplet of his attack: Gren-Nordahl-Liedholm, the Gre-No-Li. With them, Sweden won the 1948 Olympic Games.

For the 1958 World Cup, only the wise Liedholm remained, who could only play it, like many other teammates, after a hard negotiation between the Swedish and Italian federations. Things were like that then: those who were going to play in another country needed his permission to go with their own national team. By the end of the fifties, to the smoke of the success of Gre-No-Li, Italy had been loaded with Swedes. Of the list for the World Cup, seven were there: Hamrin, Gustavsson, Skoglund, Mellberg, Selmoson, Löngren and Liedholm. And beware: they traveled with permission to play the championship, but not against Italy, if that were the case. It was not given because Italy nor qualified. But if it happens …

Spain did not buy Swedes because it signed Hungarians, another great school. Fugitives from communism, Italy rejected them because of the strong establishment of the Communist Party there, but in Franco's Spain they were welcomed with open arms. They were nationalized ipso facto.

In the summer of 1960, Bernabéu signed Agne Simonsson, author of four goals in the World Cup (one in the final) and two in Wembley in a famous 2-3. They nicknamed him The Wembley King and he was fifth in the Golden Ball of 1959. He was a mobile 9, in which Bernabéu thought he saw a successor to Di Stéfano, who, already 34, took him out 10. But he did not set. He played no more than friendly. The second year was ceded to the Real, where he had many minutes, and not bad, but the Royal descended. He returned to his home club, the Örgryte.

With League 60-61 already underway, Betis president Benito Villamarín announced the signing of Törbjorn Jonsson, which created shock. Betis had by then two foreigners, the Paraguayan Berni and the Argentine Rojas, apart from the nationalized Yanko Daucik, Czechoslovak, and Kuszmann, Hungarian. Benito Villamarín hoped to solve the roles of one of the two South Americans and thus register Jonsson. It was a way to be forgiven the transfer of Del Sol to Madrid in the spring of that year, which had tasted very bad.

Jonsson cost a million pesetas. He landed in Barajas on November 12 and, while waiting to take the sleeping car to Seville, he spent the afternoon at Simonsson's home, who came to pick him up. Brand He made the report of that meeting, in which Simonsson celebrated that he could not align yet: “It is difficult to adapt, I have noticed. Better have a time. ”

Can you play now?

In Seville he created a great expectation. Inside, great plant, coming from the powerful Norköping, 33 times international, with 11 goals. He debuted on January 19 in friendly against Las Palmas, fringed from the transfer of the Pepín goal. Despite the cold and rainy night, a lot of people attended and the Swede liked it. They made two penalties, of which he transformed one and gave the other to Rojas. From there, people asked each day: When can they play? Already?. But the permit did not arrive and what did arrive was an offer from Fiorentina for 10 million. Benito Villamarín did not think so. He earned nine million in six months. Suffice it to say that the sale of Del Sol had been made for six. And the agreement included the commitment of Fiorentina to play a friendly game for free in Seville.

And so it was, and on solemn and singular occasion. On August 12, Jonsson played with the field to burst before the Betic fans, but with Fiorentina. The party celebrated the purchase of the stadium, built in 1929 for the Universal Exhibition and until then owned by the City Hall, to which Betis paid a rent. Benito Villamarín bought it for 14 million, which gave the club a heritage. A stand with a table was installed in the center where the mayor and president signed the act of purchase, in the presence of the archbishop. The field ceased to be called Campo de la Exposicion (or Heliópolis, for the neighborhood, in the language of the street), to be renamed Benito Villamarín. The players (among them Luis Aragonés, who presented himself) held a firm quarter-hour of speeches on foot.

Jonsson did not play any official match at Betis, but his operation contributed more money than Del Sol to buy the field. Thus he entered the history of the club.

Opinion: A year or a century? The Cup final that unleashed the Valencia earthquake