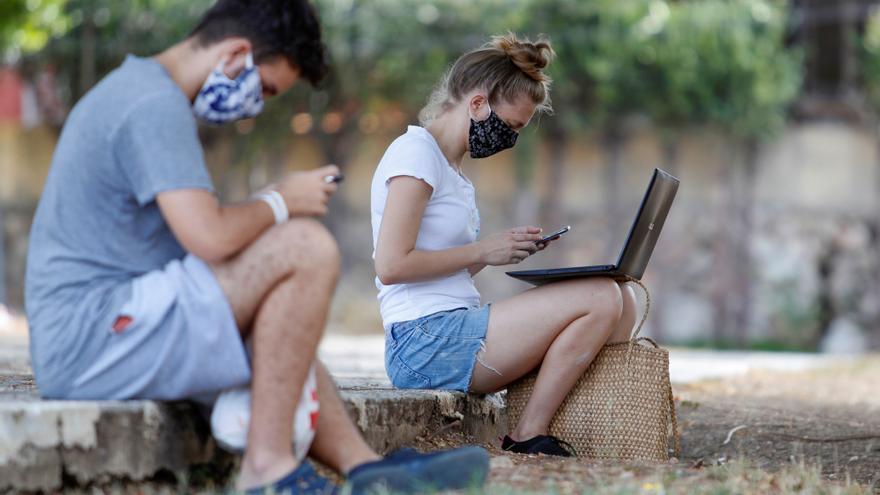 The debate on the pension system returns to the Congress of Deputies this Thursday. The Minister of Social Security, José Luis Escrivá, will defend the law that regulates the first block of the pension reform of the Government of Pedro Sánchez, which agreed with the unions and employers after a decade without social agreement on the matter. The rule must circumvent the attempt of the PP to knock her down with an amendment to the entirety, which intends that the text be returned to the Executive. The party led by Pablo Casado assures that the regulation “forgets young people” by repealing the 2013 sustainability factor. The application of this indicator would reduce future pensions in the coming years increasingly. The biggest cuts, therefore, would be taken by the youngest.

The ‘popular’ have reopened the political battle over pensions after the agreement in the Toledo Pact a year ago, which also took a decade to achieve again. In his speech against Escrivá’s pension reform, the PP has recovered the defense of the “sustainability factor” of the legislation that the Rajoy government approved unilaterally in 2013.

Then, there was no agreement neither in the Toledo Pact nor with the unions and employers, which later turned against the PP Executive with a strong social mobilization and no political support in the rest of the Chamber. In this context, Rajoy had to leave his reform without effect at the end of his mandate to carry out the 2019 Budgets, after an agreement with the PNV. It suspended the so-called ‘IRP’ (pension revaluation index), which caused annual increases of 0.25%, and postponed the entry into force of the sustainability factor for four years: from 2019 to 2023.

The sustainability factor has been widely mentioned in mobilizations and debates about pensions, but it has never been applied. It is a complex formula that aims to link the initial amount of future pensions to life expectancy. As the population lives longer and longer, the consequence was that subsequent generations would retire with smaller pensions.

The Rajoy Government argued that this element equated the situation of today’s pensioners with those of the future: those of today have higher pensions because they live fewer years and those of the future would receive lower benefits because, in principle, they are supposed to have longer lives.

What cut in the pension are we talking about? There are different calculations in this regard, since the formula for the sustainability factor depends on various indicators that are changing, but it is usually calculated between 5 and 6% reduction every ten years. The Bank of Spain calculated in its latest study in this regard that the initial pension of workers who have not yet retired would be reduced “by approximately 5% in ten years and 10% in twenty years.” Its impact was less than that of the 0.25% revaluation index, whereby “the loss of purchasing power of pensions would be 15%” in the first ten years and would reach 30% in two decades.

Social Security has illustrated how the sustainability factor would translate into the payroll of pensioners. Through an example, of a typical model of worker who, given his career, would receive a pension of 1,500 euros, Social Security shows the monthly losses in the pension based on the year in which he agreed to retirement.

As can be seen, the sustainability factor at the beginning is not so noticeable in the pockets of pensioners, but as the years go by, its cut is greater. For this reason, the head of pensions at CCOO, Carlos Bravo, stood out in a recent article the impact on young people of the pension agreement between the Government and social agents.

“Whoever is 18 years old today, with this measure, improves their annual pension expectation by 345 euros for 14 payments, with an average life expectancy at retirement that will exceed 20 years and an improvement in their retirement income by more than 100,000 euros today. Younger people are the main beneficiaries of the repeal of the sustainability factor, “he wrote.

The PP defends instead in its amendment to the entire pension reform of Escrivá that “forgets the young.” The right bases the future sustainability of the system on cuts for future retirees, without those who say that the public system is not sustainable.

This scheme, which left pensions smaller in the future, led organizations such as the OECD and the Bank of Spain to highlight the option of complementing public benefits with private plans to achieve sufficient income, as is the case in other EU countries .

From the pension plan industry itself, these cuts were considered to be an opportunity to sell your products. “To keep our purchasing power constant, it would be highly recommended to go to pension plans so as not to notice the effect of the sustainability factor on our retirement over the years,” recommended a bank’s pension fund on its website.

José Luis Escrivá recalls that the challenge of retirement for the generation of baby boom, whereby the system will have more spending due to the increase in the number of retirees with a narrower population of workers, stresses the system until 2050. After this date, the number of pensioners will fall again.

How to balance the Social Security accounts to face it? The minister defends that the system is sustainable in the coming decades with some less traumatic adjustments than those applied by the PP. Some have already been agreed and others remain to be negotiated in the next blocks of the pension reform.

In this sense, the first package agreed with social agents includes incentives to voluntarily delay exit from the labor market (reducing early exits and rewarding delayed ones), while increasing Social Security income with contributions via Budgets (taxes) and takes out non-contributory expenses that were paid with social contributions.

This first block is missing an important fringe: the so-called “intergenerational equity mechanism” (MEI), which is supposed to try to replace the sustainability factor and what it will be like is still unknown. The Government has promised to design it before November 15, to include it via amendment in the first block of the pension reform. The minister has assured that a different effect is being sought, not increasing cuts for today’s workers and future pensioners, an approach that the unions have already warned they would not support.

After the negotiation of the MEI, the following blocks of changes will address more measures that Escrivá defends that ensure Social Security accounts for the next decades. Some will have an impact on increasing income, such as the contribution for real income of the self-employed and the stoppage of the contribution from high salaries, while others may cause a reduction in pensions, such as the extension of the years of calculation to calculate the pension. Again, the Ministry will try to reach an agreement with the social agents and, later, in the Chamber. This Thursday, he has his first test with the initial battery of measurements.