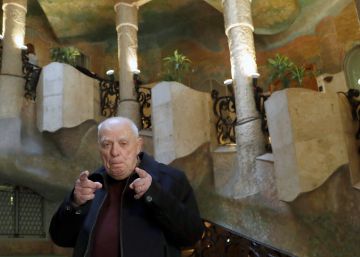 When Macedonio Fernández spoke directly to the reader, he reached rare moments, he would say that he was slightly portentous. In the middle of Welcome Papers, for example, suddenly dropped this: “For now I write nothing; get used to it When it starts it will be noticed. ” I don’t know how many times I’ve laughed with that abrupt fragment, which I usually have fun because I can’t understand it at all, although, in the days when the opposite happens to me and in part I understand it, it reminds me how crude it can be that belief that a novelist starts writing because he has “something to say.”

Of course, even more crude may be the belief that the novelist knows in advance what he will say when, after all, before the artistic work there is nothing, there is no certainty, there is no thesis, there is no message and then from it, it is even clearer that there is nothing like that either and that believing that the novelist has “something to say” and therefore has to look for a way to transmit it is a mistake. Because the way to transmit it is precisely what is at stake: that form so many times dark that later will be the uncertain content of the book.

And so uncertain! But, in addition, in the hypothetical case that the book is great, it will still be more ridiculous to try to explain it, because it is impossible to be a good artist and at the same time able to intelligently explain your work. And didn’t Coetzee talk about this when he said that one of the things that people don’t usually understand about writers is that you don’t start by having something to write about and then write about it, but that the process of writing itself is which allows the author to discover what he wanted to say and which is usually of uncertain content?

Perhaps for all this, every day I find it more insane to listen to a novelist who, entangled in the promotion of his novelty, agrees to tell an argument, the manic plot of his novel. And maybe that’s why I had a lot of fun, so unusual recent interview with Lobo Antunes in Page 2, in which the Portuguese escaped any reference to the plot of his (really irresumible) novel saying that he had completely forgotten it in order to find new ways and start another. It was an atypical moment and at the same time the most recent history of our public television, and it seemed to me that I also understood, with his complicit smile, the interviewer, Oscar López. It was a great moment in which, hearing Lobo, I remembered again how loady the novelists can summarize their plots and suggest what their messages are. What if. It was all so extraordinary that there were even those who thought they saw that the message of the forgotten novel by Lobo moved above the clouds, suspended there on top of nowhere. It was such a perfect moment that it was not necessary for Lobo to ask us if it was very noticeable that he had found a new form and that this, restarting at every moment, was already on the way to being the uncertain content of his new book.