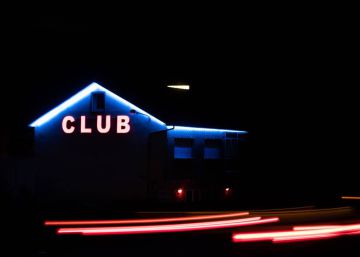 "You don't have to go far to see the slavery of the 21st century." It is here next. The protected witness number 24 was 14 when she was forced to prostitute herself. The deception began in Nigeria, where a relative proposed to travel to Spain to study. His father agreed and, without knowing it, condemned his daughter. It happened in 2013. When the girl arrived in Madrid, she ran into reality: they locked her up, prohibited her from communicating with the outside, hit her. They demanded 60,000 euros of debt to be paid in exchange for sex with men in hostels. To frighten her, she was subjected to a voodoo ritual. They exploited it for more than a year. He had to give all the money he earned to the criminal organization. The Supreme Court has confirmed the penalties of the main perpetrators of this network and charges harshly against trafficking for sexual exploitation that is committed in places where "human dignity lacks the slightest significance, in order to obtain the benefit for which women have been brought as if they were reified beings."

The Criminal Chamber recounts in its sentence, issued last Wednesday, the torture suffered by four women, two of them minors. All arrived from Nigeria. Deceived And they were forced to prostitute themselves in places in Córdoba, Vigo and A Coruña. Therefore, the court confirms the sentence of 39 years and two months in prison that the Provincial Court of Madrid imposed in 2018 on a couple considered responsible for this organization. The penalty of three other members of the network – from 39 years and two months to 36 years and two months – is reduced, given that the Court had sentenced them longer than the prosecutor had requested, which is a violation of the accusatory principle.

“It is not necessary to go to distant countries to observe the slavery of the 21st century up close, just to enter such close places, along the margins of our roads, where to find one or several alternate clubs in whose interior the practice is practiced prostitution with forced, enslaved people, to whom, without any blush, it is bought and sold between the different establishments, while such human beings are violated to pay up to the one-way ticket to their unworthiness, ”the sentence maintains. The text does not imply a jurisprudential change with respect to the current doctrine, notes Altamira Gonzalo, jurist and president of the PSOE Equality advisory council. "But the assessments he makes about trafficking for the purpose of sexual exploitation are very important," he adds. “This analysis responds to a legal vision of trafficking and prostitution that derives from it, which is the vast majority of prostitution, with a gender perspective. It contains a complaint that I share of the living conditions to which these women, for reasons of necessity, are subjected by the exploiters, ”he says.

Only one of the four women knew that when she arrived in Spain she would prostitute herself until she could pay the expenses of the trip, but she didn't even imagine what awaited her. They locked them up. They were beaten. Exploited every day. They threatened them. They were frightened with voodoo rituals in which they cut their hair, public hair and armpits, nails. They were forced to drink a concoction and the fear that something would happen to them or their families was such that they were controlled, at the mercy of the wishes of Papa Busch or Mr. Godwin, as they knew one of the leaders of the plot, And his wife. She was in charge of watching them when they arrived in Spain.

The first victim left Nigeria in 2009. Papa Busch took advantage of his economic precariousness. He knew he wanted to leave the country and offered help. I could continue studying and work as a waitress. Nothing is further from reality. He traveled in the company of a man and a woman, both collaborators of the network. In Madrid they took away his passport, mobile phone and agenda. He was forbidden to contact his family or go outside. They claimed a debt of 50,000 euros for travel expenses. They explained how he should lie in the asylum office to get his situation regularized. That's how it went. Then he began the journey through several hostess clubs. He worked from 17.00 to 4.00 and everything he earned, except what he paid for his stay at the premises, delivered it to the organization. Every Monday I had to make an income. In 2012 he had already paid off the debt. But they did not return his passport until 2013, according to the proven facts of the sentence.

Thus they also acted with the other three companions. The other minor was only 16 when she left Nigeria.

“We are facing a criminal organization: plurality of people, use of suitable means, previously agreed criminal plan, distribution of functions or tasks, and persistent and lasting activity,” considers the Supreme. “There was a distribution of tasks between the defendants and other people who could not be properly identified, within a network created with the purpose of proceeding to the transfer to Europe from Nigeria of young people from this country, in order to allocate them to prostitution” , it is underlined in the sentence. They mocked "administrative immigration controls" and forced them into prostitution. They earned thousands of euros.

The PSOE drafted a bill against human trafficking last year and in particular for the purpose of sexual exploitation that was not processed. Among the measures envisaged to penalize the client of prostitution, persecute those who facilitate floors where this activity is carried out, the consideration of trafficking for the purpose of sexual exploitation as gender violence or that the victim “will not be considered guilty in any case and in consequence will not be sanctioned ”. The proposal sought to "eradicate prostitution because of its close relationship with trafficking." The whole philosophy revolved around the protection of victims. Prostitution is allegal in Spain. With this document, the demand for prostitution would become illegal.

The State Pact against Gender Violence, approved in 2017, includes the approval of an organic law against trafficking for the purpose of sexual exploitation. Regarding prostitution, he asks to discourage it with public campaigns.