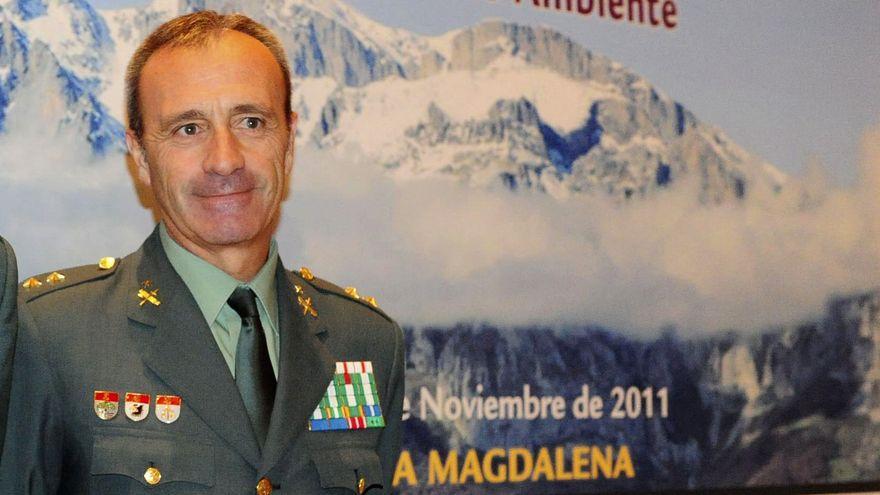 The Supreme Court has annulled the acquittal for the crimes of large-scale drug trafficking and bribery of Civil Guard Colonel Francisco García Santaella, issued by the Provincial Court of Granada in September 2019 on events that occurred when the command was anti-drug commander in the Andalusian province. The Granada judges considered it proven that García Santaella had participated in the introduction of two deliveries of hashish along the coast in late 2005 and early 2006, but did not apply the aggravated type of drug trafficking, which led to declaring the facts as prescribed. Nor did they consider it proven that García Santaella had charged for that. When elDiario.es revealed the investigation against Santaella the colonel was assigned to the General Directorate of the Civil Guard and was about to be promoted to general.

Now, the judgment of the Second Chamber of the Supreme Court, to which elDiario.es has acceded, orders to repeat the ruling in an order whose rapporteur has been Judge Andrés Martínez Arrieta. The judgment on appeal by the Supreme Court harshly censures the previous ruling of the magistrates of the Second Section of the Provincial Court of Granada, whose speaker was Juan Carlos Cuenca Sánchez, accompanied in court by José María Sánchez Jiménez and Aurora Fernández García. These three judges did not include in the calculation of the crime against public health the four tons of low-quality hashish (“apaleao”, as it is commonly known) that the drug traffickers and the then captain García Santaella put in view of the investigators in a third installment to distract and manage to introduce quality hashish.

“It causes a certain embarrassment to declare proven that the third delivery of the drug, that of the 4,000 kilograms, was a ‘gift’ to the State, from which it could never obtain any benefit, in the case of conduct framed in a drug trafficking operation,” Martínez writes Arrieta and his four companions of the court subscribe, among whom is the president of the Chamber, Manuel Marchena.

Without those 4,000 kilos of “beating” cost, it was not enough, according to the calculation of the Granada Court, to apply the aggravated rate that would extend the prescription of the crime. But the Supreme Court corrects them: “The type of special gravity not only results from the extreme weight of the object of the traffic, it also fits in the cases of use of boats, and the factual account refers to the use of a boat from which they unload and two ‘rubbers’ [lanchas neumáticas]According to the witnesses. “” In addition, the accused was an authority in the fight against drug trafficking and the amount was notoriously important, without saying anything about these aggravating qualifications, “adds the resolution of the high court.

The Granada judges appreciated little credibility in the testimony that accused García Santaella of having received 120,000 euros and a car as payment for one of the drug landings. The magistrates of the Supreme Court now correct: “Nothing says the ruling of the second landing operation that was the subject of accusation.” Nor did the Hearing of Granada rule on the fact that a public official commits a serious crime for nothing. “At least it requires an argumentative effort superior to that of the lack of credibility of the person who assumes the delivery,” they add in the Supreme Court.

“The proven facts are extremely serious. The fact that the highest police officer of the demarcation, in charge of the criminal repression of criminal conduct related to the trafficking of narcotic substances, is accused, and is declared proven, that he collaborates with the authors of the arrival in Spain, by sea, of the substances that must be repressed, is scandalous, although he is acquitted because the weight of the toxic substance is unknown and that lack of determination affects the qualification of the facts (…) and consequently they are prescribed “, summarize the magistrates of the Criminal Chamber. If the lure was 4,000 kilos of hashish, adds the Supreme Court’s car, it can be “rationally assumed that the other two [entregas] , with which the defendant agrees by letting them act, should be of a significantly higher amount “.

The ruling of the Provincial Court had been appealed by the Prosecutor’s Office, considering it “arbitrary and incoherent.” The Public Ministry had requested in the oral hearing nine years in prison for Santaella. The Unified Association of Civil Guards also appealed, exercising the popular accusation, as well as the colonel himself, who did not agree that it was considered proven in the ruling that he had participated in large-scale hashish trafficking. Now, the judges of the Provincial Court will have to return to deliberate and write a new sentence.

The Supreme Court ruling threatens to end Garcia Santaella’s 30 years of impunity, as the first corruption investigation against him dates from three decades ago. Even a former head of the Internal Affairs Service was charged, in a case against him finally dismissed, for not having brought to court the evidence against García Santaella that his subordinates had accumulated.

They had to be Anti-drug agents of the command who, in some wiretaps in the framework of an investigation for drug trafficking, appreciated some comments from the ‘narcos’ about a certain “Father”, which they would have worked with in the past. When the time came to arrest the drug traffickers, they found out that “Father” had been the Anti-Drug Chief of the Command, at that time a member of the Civil Guard General Staff and with an office a few meters from the then general director, Arsenio Fernández de Mesa .

The information from elDiario.es about the investigation of García Santaella, then under secret in a Granada court, led to his immediate dismissal. The colonel was about to be promoted to general of the Civil Guard, a process that was stopped at that time.