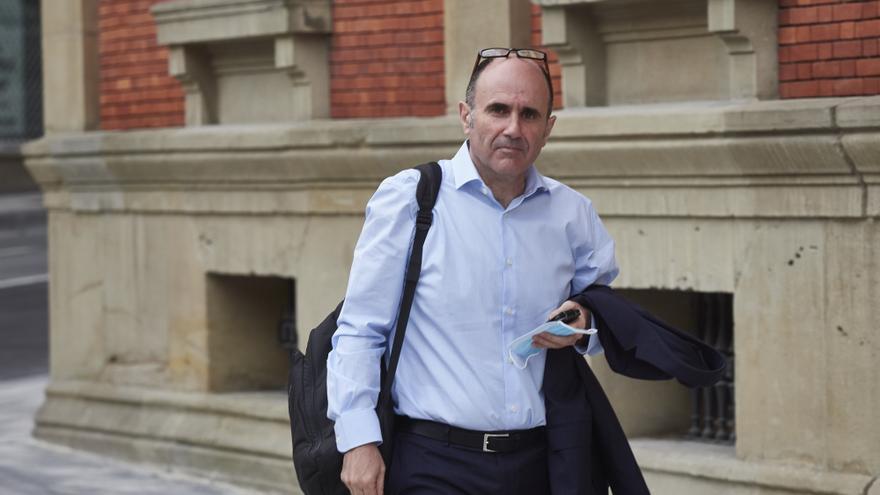 The Supreme Court is going to investigate the alleged embezzlement of the counselor of the Government of Navarra Manuel Ayerdi (PNV) for the alleged granting of six loans to the company in crisis Davalor with a total amount of 2.6 million euros between 2015 and 2017 The second chamber of the Supreme Court has opened a criminal case to the Minister of Economic Development, who was also a criminal case during the last legislature in the Executive of Uxue Barkos after the complaint filed by UPN.

The Chamber indicates that the facts described in the complaint of Unión del Pueblo Navarro, “in a very provisional assessment, could constitute the aforementioned crimes.” For this reason, the Supreme Court declares its competence for the investigation and, where appropriate, prosecution of the gauge, and decides to open a procedure against him.

The UPN complaint states that the gauge, who was then first vice president of the Government of Navarra of Uxue Barkos, Economic Development Counselor and Chairman of the Board of Directors of the Sociedad de Desarrollo de Navarra SL (SODENA), granted in September 2015 to the entity Davalor Salud SL a loan of 1 million euros, “without respecting the internal control procedures and analytical criteria of the company, despite knowing that said entity did not meet the conditions previously established for its granting and that it was in situation of insolvency “.

Likewise, the complainants denounce that despite being aware of the lack of deposit of the annual accounts by Davalor and of the debts that the entity had with the Tax Office of Navarra and with the Social Security – these determinants of the effective denial of subsidies in 2016 and 2017-, the defendant not only did not urge the early maturity of the previous loan, but proceeded to grant five new loans to Davalor The first, in December 2016, for an amount of 400,000 euros, the second in January 2017 for an amount of 600,000 euros, and the last three, granted on April 11, May 26 and August 31, 2017, for an amount of 200,000 euros each.

According to UPN, the Government of Navarra in June 2015 declared the Davalor project as of “regional interest”, which according to the Regional Law allowed it to process financial support through the emergency procedure. Nor was the express authorization of the Parliament of Navarra obtained for the granting of the loan.

The complaint adds that Davalor instead of promoting the project that motivated the granting of the loan, used the money to pay a significant amount to a creditor, as well as to finance urgent and immediate needs derived from personnel expenses, arrears to Social Security and debts of the company. The entity was declared bankrupt, urged by a creditor in July 2018, who was found guilty for not having requested it within two months from the knowledge of the insolvency situation.

The counselor Manuel Ayerdi acknowledged in a public appearance in July 2018 that the decision to invest in Davalor was due to “a hunch” and that he made the decision with a “totally personal nature”, based on a report from the Director of Economic Policy and Business and Labor of the Department of Economic Development, according to the facts collected in the complaint.

Are you joining the change of elDiario.es in Navarra? We need your support to continue developing quality content. You can register as a member or, if you already are, From your personal panel you can dedicate part of the quota specifically to your closest edition, to that of Navarra. Now we need you more than ever.

To stay by your side, we have an alert system in Telegram with the latest informative hour and our best topics and you can also find us at Twitter and Facebook.