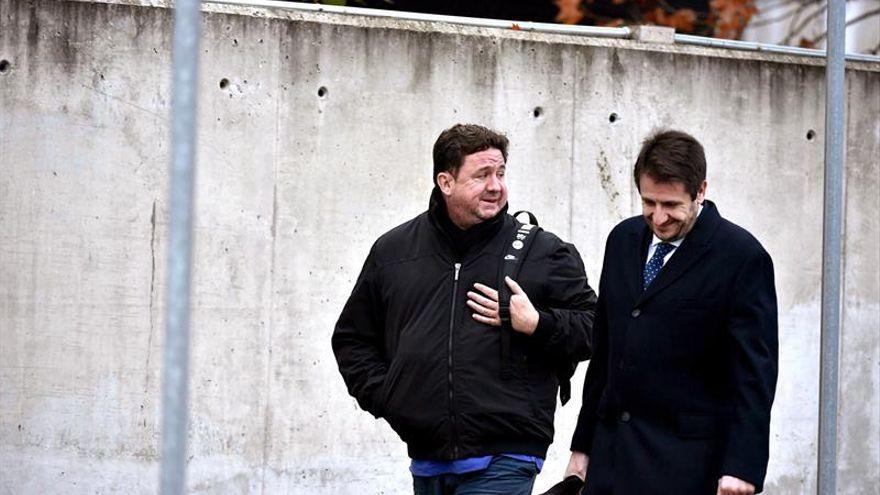 José Luis Peñas was a kind of plague on Gürtel’s bench. A defendant who was looked down upon by some of the defendants who sat with him. Many, including Francisco Correa, were in front of that court in part because of the recordings that the former PP councilor had taken to Anticorruption a few years before, in which some of the illegal businesses in the plot were revealed and which became the proof. fundamental of the case. He was one of Gürtel’s regrets, but the National Court sentenced him to jail and the Supreme Court has now confirmed that penalty.

The Gürtel judges have convicted him of illicit association, bribery, falsification of documents, embezzlement and prevarication. Peñas, who accumulated dozens of hours of recordings to the leaders of the plot, has suffered the same fate as them, because the court of the National High Court assured that he collected bribes and helped Correa, his personal friend, to keep the awards under control from Majadahonda, the Madrid municipality where he started as a civil servant and ended up as a councilor.

The National High Court imposed a sentence of four years and nine months. The judgment itself acknowledges that he had “collaborated in an essential way in the investigation”, but after reviewing his involvement in the events they concluded that his credibility was failing: “With the answers he has given, he has tried to avoid his involvement in the facts of which he has been being accused “. The ruling added that Peñas and other councilors “were unduly seizing, with regularity and periodicity, different amounts of different ‘fixed boxes’, which they neither justified at the time nor have they justified later.”

When the time came to impose precautionary measures until the Supreme Court ruled, the Prosecutor’s Office did not ask for any for Peñas. He justified it shortly after saying that the Public Prosecutor’s Office was going to report in favor of any measure favorable to the former councilor, including the pardon. Peñas has always denied his involvement in the events and has tried unsuccessfully to have the Supreme Court annul his sentence.

The recordings you made are legal

Several defendants have tried, once again, to have the justice annul the recordings of Peñas. They have been trying for years to have one court or another knock them down, a strategy under which a legal doctrine is found: the theory of the poisoned tree. In other words, they wanted the investigation that developed from the Peñas revelations to be considered void, which would have ended the entire Gürtel case.

But the Supreme Court considers that the meetings he recorded were free and spontaneous, and de Peñas’s decision to record them “was not caused by the police or another public investigative institution, so even though his actions may be morally and ethically questioned, It did not imply an infringement of the right to a procedure with all the guarantees and the right not to testify against himself and not to plead guilty. ”

The court also says that Peñas recorded his own demonstrations on those recordings. It is one of his defense arguments, although it has not penetrated: “If I had done something, I would have gone to the Prosecutor’s Office to negotiate directly, I would not have started recording.

A broken friendship with Correa

Peñas and Correa met in the early 2000s. The mayor of Majadahonda introduced them, and recommended that Peñas invite him to his wedding. He did so, and the businessman, who was then living in the golden age of his business, gave him a trip to Mauritius as a wedding gift. The friendship that was forged then was defined by Correa himself during the trial, when he said that his daughter called him “Uncle Pepe.”

Peñas began recording his conversations with Correa in December 2005. Months later he went to the Anticorruption Prosecutor’s Office with 20 hours of recordings, in what is the origin of the Gürtel case as stated in the sentence itself. The fracture produced by the Peñas a Correa recordings and his collaboration with the investigators were evidenced during the trial. During a break from Peñas’s statement, Correa called him a “gulf”, a “scoundrel” and told him that he had been taking “the pastuqui.” The businessman has always defended that Peñas recorded him to extort money from him, to ask him to pay him more.