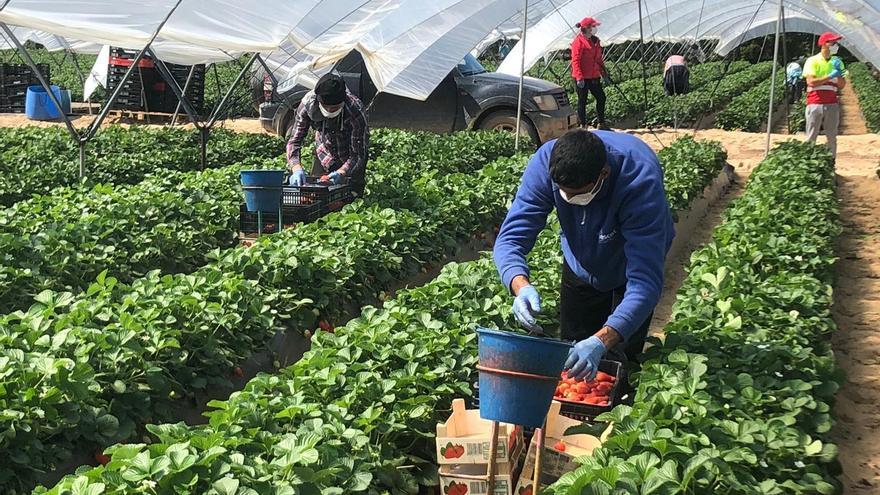 The Fourth Section of the Contentious-Administrative Chamber of the Supreme Court has declared the Royal Decree-Law adjusted to the law because the minimum interprofessional salary (SMI) rose by 22.3% in 2019, to 900 euros per month, thus rejecting the appeal filed by various agricultural companies (Erilla Fruit, SL, Agrobionest, SL, Agra Jabonero SL and Sat Costaluz) requesting the annulment of this decision.

The Supreme Court indicates in its ruling that this increase in the SMI was decided by the Government in execution of the power granted by article 27.1 of the Workers’ Statute. Said article establishes that the Executive will set the SMI annually, after consultation with trade union and business organizations, “taking into account” the CPI, the national average productivity achieved, the increase in labor participation in national income and the general economic situation.

In the opinion of the High Court, this supposes that “what is criticizable by excess or by default” the rise in the SMI “will be assessable politically and not legally”. Thus, the Supreme Court affirms that the decision to set the SMI responds to a determination that, legally, is of a political nature, which does not imply an act entirely exempt from jurisdictional control.

It also adds that the legislator can define, through judicially accessible concepts, limits or prerequisites to which these acts of political leadership must be subject, an aspect in which the courts can prosecute eventual excesses or breaches that the Government may have incurred when making the decision. .

The ruling explains that the norm adheres to the legally established limits: a competence limit since the Government is the authorized body for its establishment, a time limit (one year) and a procedural limit, since it must be established after consultation with trade union organizations and business associations and that are the most representative.

The Supreme Court also alleges that criteria other than legally enforceable obligations may influence these decisions, but may be considered social policy objectives, such as the recommendations of the European Committee of Social Rights and the Committee of Independent Experts in charge of preparing reports on compliance with the European Social Charter.

The sentence, of which the magistrate José Luis Requero has been rapporteur, defends that the variation of the SMI is not the consequence of an exact mathematical calculation from which a binding figure is obtained, nor is an order established in the Workers’ Statute of preference in the criteria to decide the raise.

Does not require an opinion from the Council of State

Contrary to what is argued by the appellant companies, the Supreme Court rejects that an opinion of the Council of State is enforceable for the preparation of the Royal Decree to raise the SMI, especially when the plaintiffs request the nullity of the measure limiting exclusively to the decisive content of fixation annual Royal Decree, “confusing the regulatory or normative power with the legal attribution to the Government of the executive power to set the SMI”.

The Chamber recalls that in the entire historical series of decrees and royal decrees establishing the SMI, the opinion of the Council of State has never been requested nor has it been considered mandatory, nor has such omission been contested.

Finance charges a quarter of its tax increase on 1,700 companies and 36,200 individuals with high incomes Economy