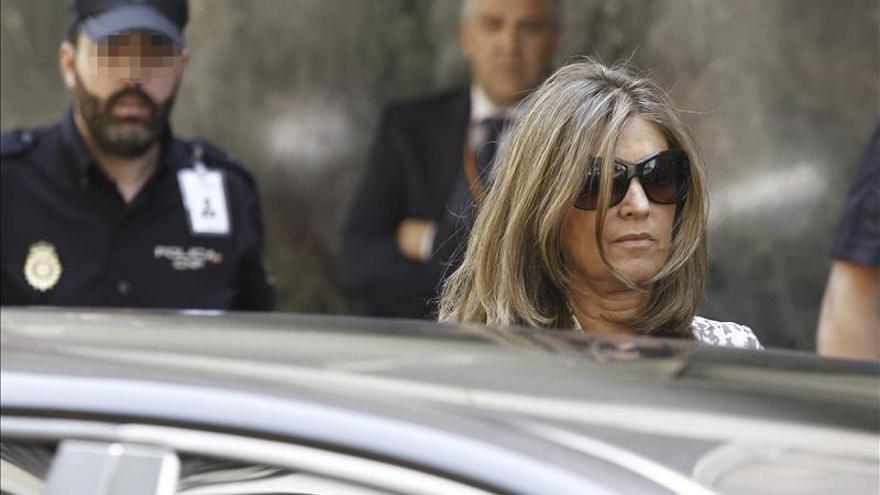 Rosalía Iglesias, wife of Luis Bárcenas, must enter prison after the Supreme Court has ratified the sentence imposed by the Gürtel case, although the magistrates have lowered the sentence imposed by the National Court in more than two years, going from 15 years and 1 month to 12 years and 11 months. The Criminal Chamber has highlighted the “active behavior” of the wife of the former Treasurer of the PP and considers it proven that Iglesias was aware of the origin of the money and the increase in Bárcenas’ assets. In the sentence they emphasize that Iglesias “acted maliciously” because “he had full knowledge of the various devices used to hide the funds in question from the Public Treasury, in which, in addition, his intervention was fundamental”.

The magistrates ratify the ruling of the National Court recalling that Iglesias “had full control and management capacity over the bank accounts owned, Swiss or Spanish, through which the couple hid their assets and circulated them.” Likewise, they also point out that the court “observed a clearly active conduct in order to cooperate in this dynamic of fraud, concealment and subsequent emergence of the money illegally obtained by her husband.” “His participation, as we have seen, was not limited to putting his signature on certain documentation,” they add.

In the sentence they consider that the appeal presented by Iglesias against the judgment of the National High Court “criticizes the conviction force of the evidence and relies for this on their own exculpatory statements.” “Obviating that what corresponds to this Chamber is to determine whether the prosecution evidence on which the Court of Instance has relied to convict is sufficient and has been rationally and logically valued. Which is clearly, as we have reiterated, the case of The judges also respond to his conviction for crimes against the Public Treasury. Based on the arguments of the defense of the convicted person, the Chamber considers that “at most” these justifications reveal the “existence of a clear case of deliberate ignorance, unable to justify the criminal irrelevance of his conduct ”.

Not all of their allegations have been rejected, the Supreme Court has upheld part of the appeal filed by Iglesias and has decided to absolve the couple of a crime of attempted procedural fraud. In addition, it has reduced its sentences for the crime of money laundering by excluding from it the competition of a continuous crime of documentary falsification. As has happened to his wife, Bárcenas has also been sentenced, although the sentence he must serve has been reduced by four, from 33 years and 4 months to 29 years and 1 month.

During the trial, the former Treasurer of the PP did everything possible to disassociate your partner from your business. “My wife is not interested in these topics; she is not interested in them, they have never interested her and they still do not interest her,” he said, then added that his wife was dedicated to “running the house.” He came to assure that he had forged his signature on some documents, such as income statements. The future procedural of Iglesias has been a concern for the former treasury of the popular. Already in 2018 when the National Court condemned Iglesias PP sources pointed to this wording that “if Luis’s wife goes to jail, the ground opens up under our feet.”