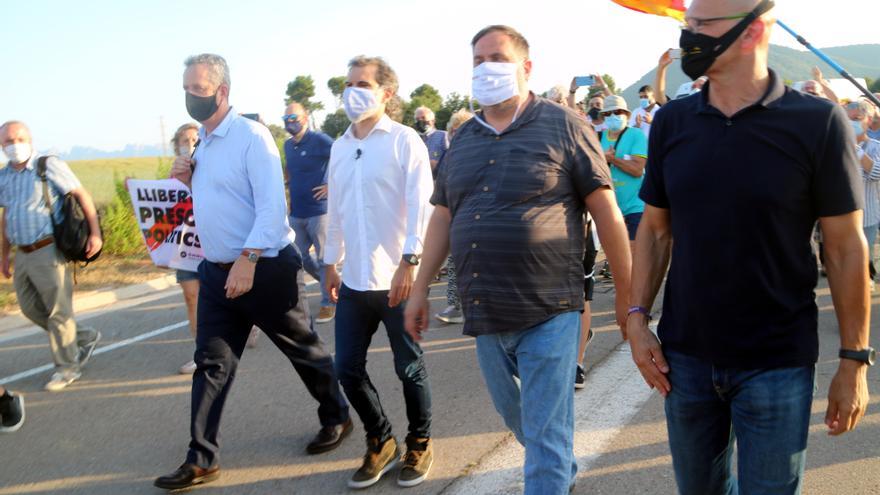 The Supreme Court has revoked the third degree, equivalent to semi-release, that the Catalan prisons, the Ministry of Justice of the Generalitat and the judges of penitentiary surveillance had authorized the nine prisoners of the procés convicted of sedition. The High Court, in line with the Prosecutor’s Office, calls the granting of the third degree “premature” and accuses the Catalan prison administration of carrying out an “inadmissible reinterpretation” of the procés sentence to reduce the stay in prison of the independence leaders. In addition to semi-freedom, the Supreme Court cuts off the job opportunities of prisoners in application of article 100.2 of the regulations.

In its proceedings regarding the nine prisoners, the Supreme Court concludes with the same conclusion: the procés prisoners must spend more time in prison before they can be granted the third degree. The court does not clarify how many more months would be necessary for the prisoners to have semi-freedom, because in the Supreme Court’s opinion, “the evolution of the inmate and the prison treatment must first be assessed.” The magistrates also do not distinguish between the prisoners who have already served a quarter of the sentence – Jordi Sànchez, Jordi Cuixart, Josep Rull and Joaquim Forn – and those who have not.

For the court, the reports of prison professionals who stated that the prisoners, without agreeing with the penalties, recognized the facts for which they had been convicted and had critically reflected on the effects of the process they are “relevant” but “insufficient” for progression to third degree. The Supreme Court remarks that it is necessary for prisoners to participate in prison treatment that goes “beyond raising awareness of their own actions and their consequences or promoting critical judgment.”

The Supreme Court once again remarks, as it did last July, that prison treatment must seek the re-education and reintegration of convicted persons, which must translate into activities related to the crimes of sedition and embezzlement. This is a program claimed by the Prosecutor’s Office but that both the Catalan penitentiary judges and the prisons had ruled out applying because it would violate the ideological freedom of the prisoners.

On the contrary, he believes that the Supreme Court, which insists in several sections of its proceedings that the procés prisoners “have been convicted of pursuing the independence” of Catalonia, and considers that the prison surveillance judge “errs” in concluding that the light green that the court has given to the resources of the Prosecutor’s Office “would imply demanding that the inmates change their ideology.” For the Supreme Court, the conclusion that the prisoners may have to “deny their political convictions” requires as a presupposition that the inmate “denies his political convictions”, supposes clinging to a wrong line of argument, which has nothing to do with the meaning of serving a custodial sentence in a democratic society ”.

The decision of the Supreme Court, which as the sentencing court has the last word on the penitentiary classification of the procés prisoners, confirms that the independence leaders return to a strict second degree in prison. Until the Catalan prisons review their prison status next January, the prisoners will not be able to enjoy work opportunities or to take care of family members.

In practice, the seven men imprisoned in Lledoners had already returned to the second grade since last July because the prison surveillance judge in charge of reviewing her semi-release had suspended her when the prosecution appealed her for the first time. The otherwise decided by the prison judge who reviewed the third degree of the former president of the Parliament Carme Forcadell and former councilwoman Dolors Bassa, who has allowed both prisoners to continue with the third degree until the Supreme Court has revoked it this Thursday.

Both judges of prison surveillance did agree in endorsing the third degree to the prisoners, against the criteria of the Prosecutor’s Office. In the case of Bassa and Forcadell, the judge considered that the “criminal gravity” and the time for serving the eleven and twelve year prison sentences to which they were sentenced for sedition “do not constitute insurmountable obstacles” to the third degree. On your side, the magistrate in charge of the seven prisoners of Lledoners He came to ugly the Prosecutor’s Office to seek an “exemplary punishment” for those convicted of the procés by opposing any prison flexibility.