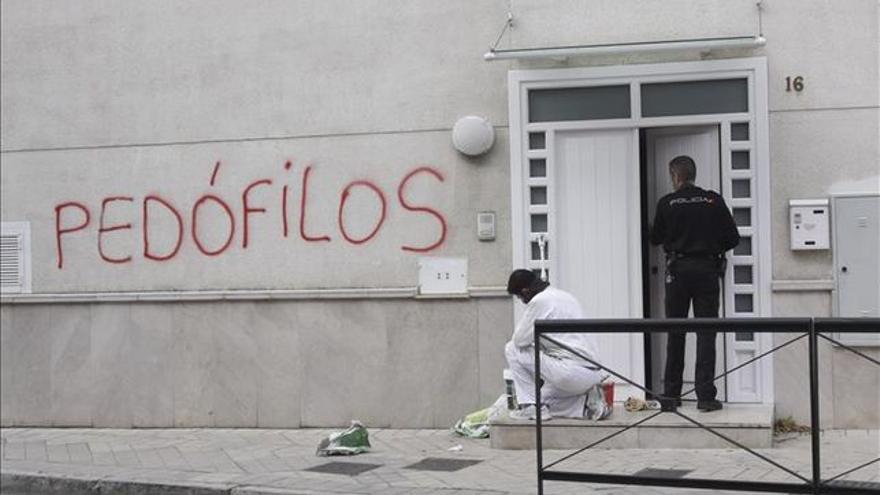 The Supreme Court has confirmed an 11-year prison sentence for a repeat abuser from Gijón who sexually abused of a 15-year-old teenager, twice his age. The judges reject his appeal and confirm the sentence imposed by the Asturian courts while rejecting his main argument: that he did not know that it was illegal to have sex with a girl under 16 years of age. The magistrates answer that this, at this point, is not a debate, it is “a daily issue in current Spanish society with an important reflection in the media, so it is possible to conclude that the accused could have known” that he was committing a crime.

The Supreme Court ruling, to which elDiario.es has had access, explains that the convict and his victim met in 2018 through Instagram. The defendant was 30 years old, he knew that the young woman was 15 because even the girl’s mother had told him: she told him, she told him at the trial, very explicitly when one day they met for him to give her the phone number that the young woman had kept in her backpack. By then, in addition, the defendant already had six convictions on his record. He had been convicted of gender violence, for holding his ex-partner at the point of a knife in a storage room in the city, for breaking his sentence and for threats. His last conviction had come just a few months before meeting his new victim.

As stated by the Justice, the victim and the aggressor had “complete sexual relations” on several occasions. The victim was located by the National Police at the home of the condemned man a day after the family reported his disappearance “by not returning to the family home.” Throughout the process, he went from being silent at the police station to acknowledging the reality of those relationships at the trial, and then finally arguing before the Supreme Court that he did not know that it was a crime to maintain relationships with children under 16 years of age.

Both the Provincial Court and the Asturian Superior Court of Justice understood that it was a clear case of sexual abuse of a minor and imposed a sentence of 11 years in prison, in addition to compensation of 500 euros for the victim for moral damages . The trial took place in July 2019 and by then he was already in prison serving a sentence for one of his multiple unfavorable sentences.

Now, the Supreme Court has decided to confirm his conviction, explaining that there is no possible doubt that what he did was a crime of sexual abuse of a minor. The judges explain, with Juan Ramón Berdugo as speaker, that even another man who opened the door to the police asked the agents if they were coming for the accused. Therefore, say the judges, “the wrongful conduct” of the abuser was “obvious to anyone.” There is also a multitude of evidence that he knew his true age, among other things a WhatsApp message in which he assured that he could “wait until he was 16 or 18” years old.

Not knowing that it is a crime to have sexual relations with a minor, even if the victim has consented, is not an option for the Supreme Court. The defendant appealed to a possible prohibition error and the Supreme Court replied that “issues related to sexual abuse committed with minors is a daily issue in today’s Spanish society with an important reflection in the media, so it is possible to conclude that the accused could have known the unlawfulness of the fact in our legal system “. In addition, the legal reform that raised the age of consent from 13 to 16 years entered in force in 2015 and these events happened three years later.

The Supreme Court explains that “the legal modification of the age of sexual consent was widely published in the media when it was modified, so that it is something that belongs to the common knowledge of society.”

The forcefulness of this Supreme Court resolution in an abuse case comes after the same criminal chamber has decided to acquit two young men of 19 and 20 years, respectively, who in 2016 had group sex with a 13-year-old girl year old. In that case, the Supreme Court did not analyze whether the two knew or did not know that they took the victim so many years, but it ex officio estimated that their age and maturity were close enough to acquit them.

That sentence, advanced exclusively by elDiario.es, applied Article 183 quater of the Penal Code and understood that the age and maturity gap between the adolescent and the twentysomethings was not so great. The resolution even left in writing that the girl had “a certain experience in the field of sexual intercourse“and that there could therefore be a” symmetry in terms of age, development and physical and psychological maturity “between them and the young woman. One of them was the young woman’s” boyfriend “, says the sentence, and he proposed that his cousin join them.

In this case that occurred in Gijón, the defendant unsuccessfully argued that, once it was proven that he knew the age of the victim, he would be acquitted for not knowing that what he was doing was a crime. A legal figure that has been applied in cases in which it is not declared proven that the abuser knew the age of his victim or that the victim even seemed older than the age he really was. This is what happened at the end of 2018 when the Provincial Court of Madrid acquitted a young man who had been accused of abusing an eleven-year-old girl in a park in the capital.

In that case, the defendant was 25 years old and the girl was 11 years old, but the judges understood that “it has not been proven that he knew the age” of the little girl. Among other reasons, the magistrates wielded the “naturalness in the way of acting and the external appearance” of the eleven-year-old girl. In addition, the twenty-year-old did not consider “at any time” to find out his age “given the speed with which the events happened.” That sentence was not appealed by the prosecution.