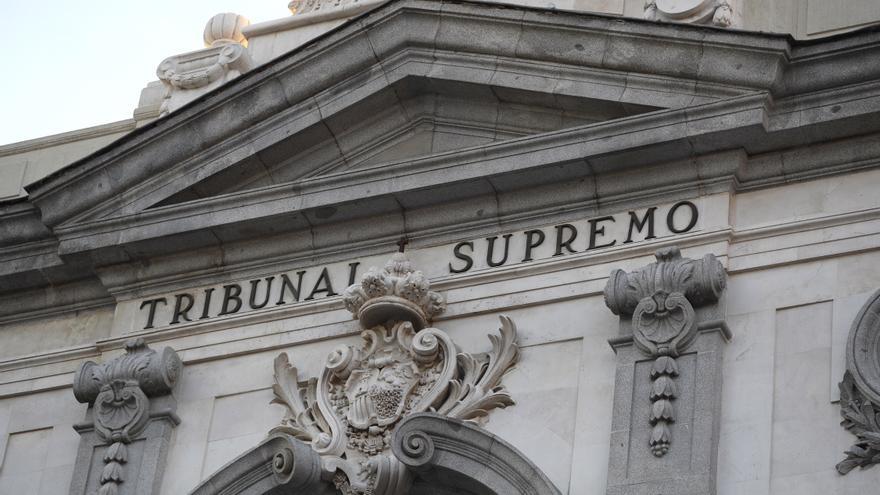 Crimes against minors may be tried even if there is only one popular accusation. The Supreme Court has issued a ruling in which it rules out applying what is known as’Botín doctrine‘to a case of alleged prostitution of minors and supports the opening of an oral trial against the accused even though the victims are not in person and the Prosecutor’s Office does not accuse because there is a popular accusation. The judges affirm in their sentence that there must be “the option of raising a collective defense of children in a specific case.”

The case that the Supreme Court has studied, according to the documentation to which elDiario.es has had access, comes from the National Court. The Central Court number 5 instructed a case against a man for alleged child prostitution in Cuba and the Dominican Republic after a complaint from his ex-wife. The case went to trial with the Prosecutor’s Office requesting the dismissal by prescription of the facts and without the alleged victims appearing in the case. The National Court understood that the matter had to be shelved by applying the so-called ‘Botín doctrine’.

The ‘Botín doctrine‘has its origin in a ruling of the Supreme Court in 2007, when the former president of Banco Santander, Emilio Botín, and three other directors of the entity were accused of perpetrating supposedly irregular loan assignments. The judges filed the case explaining that these bankers could not be tried only at the request of the popular prosecution, exercised by the Association for the Defense of Investor and Clients (ADIC), while the Prosecutor’s Office requested the file without a particular accusation. A year later the Supreme Court softened its doctrine with the conviction for disobedience to the politician Juan Maria Atutxa and it established that the force of the popular accusation alone could provoke the opening of an oral trial if the crime under investigation affects collective interests.

The judges of the National Court applied the ‘Botín doctrine’ to the case of alleged child prostitution in 2019. The oral trial had been opened shortly before for a possible crime of prostitution of minors or, eventually, induction to prostitution of a minor person in a situation of need, or subsidiarily, finally, another of corruption of minors. The alleged crimes were committed in Cuba and the Dominican Republic, but the case was investigated in Madrid because of the Spanish nationality of the accused. His ex-wife appeared as a popular accusation in the case while the alleged victims did not do so as a private accusation. The Prosecutor’s Office, represented by Carlos Bautista, had requested the dismissal by prescription of the facts.

The National Court did not even need to wait to write the order and annulled the opening of oral proceedings in voce, during a public hearing. The judges later reflected in an order that “there is no public or private interest that has merited the exercise of criminal action by the people who may have been victims.” A decision that has just been revoked by the Supreme Court in a sentence with a universal vocation: the Botín doctrine is not applicable to crimes like these allegedly committed against minors.

In specific cases such as this one, in which it is also unlikely that the victims will appear in person, the Supreme Court says that a proclamation of the defense of the collective interest of children in the face of the sexual delinquency of minors in the matter of actions related to the prostitution”. The result, in this specific case, is that the trial will have to be reopened against the accused with the only accusation being the popular accusation exercised by his ex-partner even though it is not held due to the prescription alleged by the Prosecutor’s Office.

The Supreme Court’s resolution, sources from the high court explain to this newspaper, is the first in this specific sense and opens the door that from now on cases such as this one of alleged prostitution of minors can be tried even though there is no private accusation or by part of the Prosecutor’s Office.

The Supreme Court graphically explains that there is a “procedural playing field” for a popular prosecution to promote trials in cases in which legal assets of a “collective nature” are at stake, and childhood is one of them. In these crimes that affect minors, the magistrates say, “it can and should be understood that there is that supra-individual or collective interest in order to protect children from the execution of conducts aimed at carrying out in this case actions focused on the prostitution of minors, and that they must be understood from a high prism of collective or supra-individual interest worthy of protection “.

Children, they affirm forcefully in the resolution, should be “protected, and more in the face of related facts ab initio with the prostitution of minors. “It is a protected asset inside and outside our borders. The judges, for example, refer to the recent Law ‘Rhodes” of Comprehensive Protection of Children and Adolescents – appealed by Vox before the Constitutional Court – as well as the Lisbon Treaty of the European Union and the different international conventions signed within the framework of the Council of Europe.

The protection of the minor is an aspiration, says the Supreme Court, not only private, but also institutional. “In this sense, the high court recalls” the interest of the minor is a priority when it comes to applying measures that affect him. ” , according to the Supreme Court, an “objective worthy of a superior interest in a context in which minors are an extremely vulnerable and dignified group and in need of collective protection, not just individual protection.” In this specific case, moreover, it was very difficult for them to the alleged victims will appear in the case as they are minors residing in foreign countries.

The doctrine that freed Emilio Botín from the bench has been refined in the last decade and not only by the resolution that gave birth to the doctrine of Juan Mari Atutxa. Already in March 2020 A sentence, with a presentation also by Magro, explained that the Association for the Defense of Consumers and Users (ADICAE) could not exercise the popular accusation alone against the former directors of the Caja de Ahorros del Mediterráneo for the preferred shares. The case had been filed in the National Court applying the Botín doctrine, since neither the Prosecutor’s Office nor the private accusations said otherwise.

That ruling was also forceful, by ensuring that “an enthusiastic amateur defense, exercised by anyone who considers that they should endeavor to neutralize the negligence of the representative and legal defender of the State heritage, cannot be opposed to the professional defense of the public treasury.” . Something similar affirmed when he endorsed in 2010 the file of the case opened against the lehendakaris Patxi López and Juan José Ibarretxe for meeting with former leaders of the outlawed Batasuna during the truce of 2006. The case was archived but the judges recognized the right to Dignity and Justice and the Ermua Forum to push the case alone as popular accusations.

In this case, the alleged crime was committed against minors and that opens the door to popular accusations, qualifying what the Supreme Court itself said in 2018 when the judges slightly lowered the sentence of Iñaki Urdangarin for the ‘Noós case’. In that ruling, the Supreme Court had to examine the role as a popular accusation of Clean Hands and said, among other things, that cases involving crimes against sexual freedom had “specific victims”, implying that in those cases the doctrine can be applied. Booty.

A doctrine that has just received a new nuance with this resolution of the Supreme Court, which opens the door for this type of crime to be prosecuted at the request of a popular prosecution if there are minors affected. None of the magistrates who signed this ruling was part of the criminal plenary session that laid the foundations of the Botín doctrine in 2007.