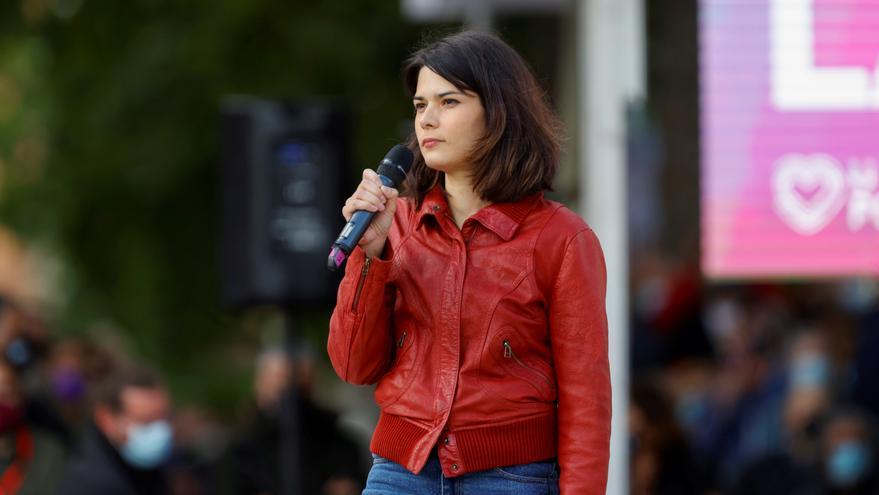 The Supreme Court has ratified the sentence to 19 months in jail imposed on the exporter of Podemos in the Madrid Assembly Isa Serra for a crime of attack, injury and damage committed during the altercations that took place in the Lavapiés neighborhood during an eviction that took place on January 31, 2014. In a sentence, to which Europa Press has had access, the magistrates dismiss the appeal filed by the defense of Serra against the conviction of the Superior Court of Justice of Madrid (TSJM), issued in April 2020.

On June 8, the exportavoz did not collect her deputy certificate when the Madrid Assembly was constituted after the elections of May 4, due to the possibility that the High Court would confirm the sentence. The Chamber of the High Court that resolved the appeal was made up of judges Manuel Marchena, Juan Ramón Berdugo, Ana Ferrer, Carmen Lamela and Antonio del Moral, who will be the speaker.

At the public hearing held, the High Court Prosecutor’s Office asked the court to confirm the resolution in its entirety by considering the proven facts while the defense dismissed the sentence as “arbitrary” for violating the presumption of innocence of its patron.

Serra was sentenced to 19 months in prison for a crime of assault, a fine of 4 months for a minor offense of injuries and another fine of another 4 months for a crime of damages, although she was acquitted of a crime of public disorder. In their sentence, the magistrates of the TSJM argued to support the sentence that freedom of expression has “limits and cannot protect illegal behavior.”

Serra’s defense, the lawyer Eric Sanz de Bremond, criticized that “the proven facts of the sentence are based exclusively on the statement of some police officers, who hold a version of what happened contrary to that of the accused and other witnesses” .

In the trial, the then regional deputy affirmed that she could only understand the accusations “in the political sense” by being against the harsh insults that the Police attributed to her. Faced with his position, the prosecutor maintained her request for 23 months in prison, considering it proven that he participated in the altercations.

“He was cruel to the Police,” the representative of the Public Prosecutor asserted then. To support his accusation, he relied on the testimony of the Madrid Municipal Police agents who placed the regional deputy as one of the “leaders” of the riots.

During the trial, the Chamber exhibited a hundred videos of the events, in which Serra only appeared three times. Two of them standing, looking at the rest of the congregation and in another, walking in the opposite direction to the altercations. None of the videos showed the young woman insulting or assaulting law enforcement officials.