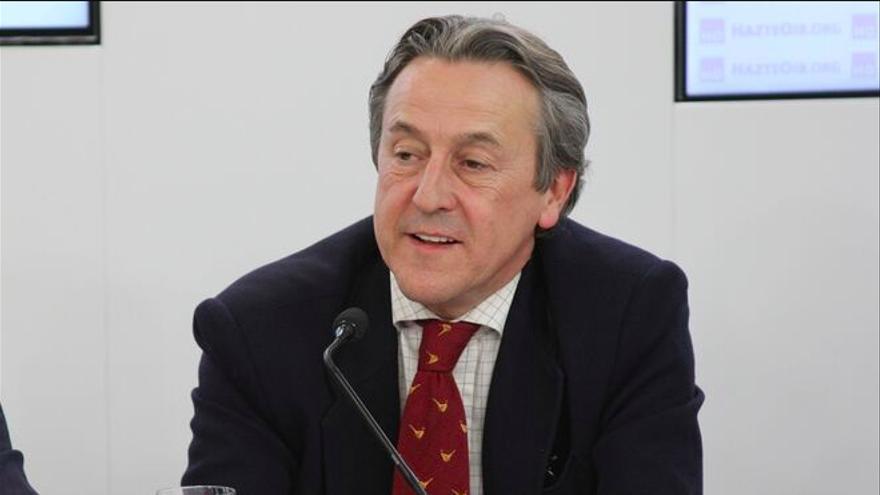 Vox MEP and columnist Hermann Tertsch is going to have to pay 12,000 euros, plus interest, to the father of Pablo Iglesias for violating the honor of the family of the vice president of the Government in an article in ABC, published in 2016. The Supreme Court has ratified this sentence today issued in July 2017 by a court in Zamora. In addition to the compensation of 12,000 euros, Tertsch must publish, at its expense, the content of the judgment and will have to do so “in the same means used to infringe the plaintiff’s honor, that is, through its publication in the newspaper ABC and on his Twitter account “, according to the text of the high court, to which elDiario.es has had access.

The actions against Tertsch were taken by Francisco Javier Iglesias, son of Manuel Iglesias and father of today’s Vice President, Pablo Iglesias. They were a consequence of the aforementioned article by Tertsch, entitled ‘Pablo’s grandfather’. In it, the writer and opinioner stated the following: “Pablo Iglesias’ grandfather was sentenced to death for participating in sacas, that is, in the hunt for unarmed innocent civilians in the rearguard in Madrid.”

In addition, he accused him of transferring a Czech to the Marquis of San Fernando and his brother-in-law, so that they could be executed. In the aforementioned article, he also affirmed that Pablo Iglesias’ grandfather was sentenced to death, but his sentence was commuted to 30 years in prison, of which he served five. “Manuel did not put as a candle to his benefactors Franco and Girón could think. He kept alive the flame of hatred in the family,” he added. The article concluded by reproaching Pablo Iglesias for admiring his grandfather, a “criminal militiaman.” “When criminals become idols and example, someone is always tempted to emulate them,” said Tertsch.

Against that first condemnatory sentence, Tertsch filed an appeal that was raised in the instance, always with unfavorable rulings for the Vox member. Already in the first sentence, from court number 3 in Zamora, the judge observed that a mere verification would have been enough for Tertsch to know that Manuel Iglesias was convicted of rebellion, not murder.

The Iglesias family, on the right target

This is not the only case in which the family of the Vice President of the Government and leader of Podemos has been the object of insults from the right and the extreme right. Last May, the PP spokeswoman in Congress, Cayetana Álvarez de Toledo, accused the father of Iglesias of “terrorist”. “First and last time I say it, you are the son of a terrorist. You belong to that aristocracy, to that of political crime,” said the conservative leader.

Previously, in June 2019, Hermann Terstsch He was already sentenced to pay 15,000 euros for some statements from March 2018 that they were in the same line as those of Álvarez de Toledo. Specifically, for relating Iglesias’s father to the murder of a policeman in 1973.

In his profile on the social network Twitter, Tertsch wrote the following: “No one remembers the name of this police officer. José Antonio Fernández Gutierrez [sic] assassinated by the FRAP, a communist terrorist group, on May 1, 1973. Among the members arrested afterwards was the father of Pablo Iglesias. As the amnesty came, no one was ever charged. “However, at that time Iglesias’s father was at the time of the murder in prison for distributing propaganda in favor of May Day.