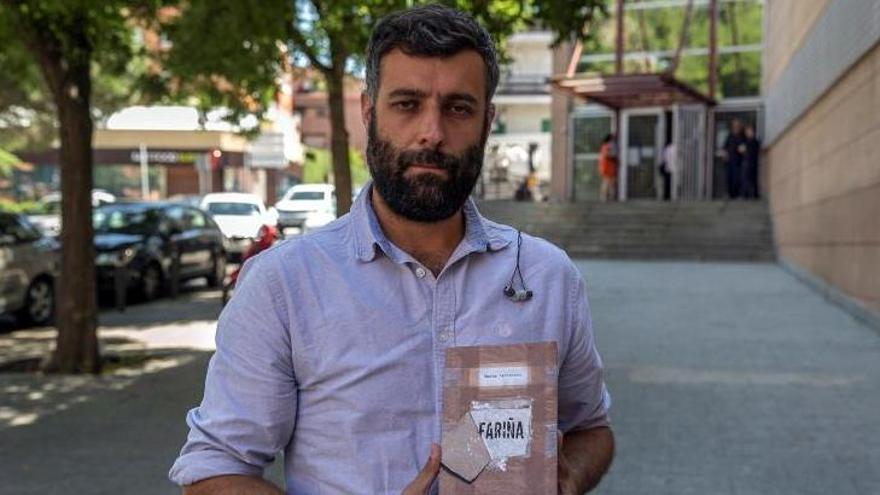 The Supreme Court has confirmed the judgment of the Madrid Court that overthrew the lawsuit of the former mayor of O Grove (Pontevedra) Alfredo Bea Gondar against the publisher of the book ‘Fariña’ and its author Nacho Carretero for violation of the right to honor.

This is stated in a sentence, to which Europa Press has had access, in which the Civil Chamber dismisses the appeal filed by the former mayor of Pontevedra against the judgment of the Madrid Court that rejected the claim.

In this way, the magistrates of the High Court confirm the sentence, which in turn ratified the decision of the Court of First Instance number 7 of Collado Villalba that acquitted the defendants of the actions brought against them.

The former mayor took legal action against said publisher and the author of the book for “violation of the right to honor” by including his name on two pages of the book. Speaking to Europa Press, the author of the book, Nacho Carretero, has indicated that the sentence leaves him “satisfied” and makes him “trust the freedom of information and expression in Spain.”

Carretero stressed that the time in which ‘Fariña’ was kidnapped was “very tense, and unpleasant” and that it represents “a bad memory.” Thus, he has reported that once the subsequent judicial decisions were made, the plaintiff “began to make appeals” and the case “was stretched over time.”

“For me, the sentence represents what I had more or less clear, that the fact of that precautionary measure of the kidnapping was a punctual judicial decision, isolated and for me incomprehensible. In fact, I would dare to say that it was a judicial error no longer because I believe it, if not for everything that the rest of the judgments and instances have later been dismissed, from the Provincial Court of Madrid, to the Collado Villalba Court and the Supreme Court, “he added.

In this sense, he stressed that “all” the judicial decisions have been “forceful and very clear” saying that “the book should never have been seized” and that “freedom of information prevails” and that what counts in the book “is truthful”. “That is what I am left with as a journalist, it leaves me alone, it leaves me satisfied and above all it makes me trust the freedom of information and expression in Spain”, he pointed out.

Asked about the increase in sales of ‘Fariña’, he indicated that it was “inevitable” because “we live in a society” in which “if a court decides to prohibit a journalistic work”, the “logical and normal” reaction will be the that people “are interested in that work, because it has been banned and censored.”

“In addition, we are a society that is more critical and more demanding of freedom of expression and information. I believe that the case of Fariña is quite representative. It generated a fairly broad consensus of indignation and misunderstanding at that measure. That speaks well of a society in Spain, which is no longer willing to tolerate books or journalistic works being banned or censored, “he detailed.

Banning a book “generates greater interest”, but “is a bad drink”

For Carretero “to ban a book of these characteristics today” the only thing that is going to achieve is “what happened” with ‘Fariña’, that it “generates greater interest and increases sales.” “Of course we liked that it happened, but that sales satisfaction is not incompatible with the bad drink and with the bitterness that a judge supposed me to ban a journalistic work, because in the end as a journalist I live on my credibility and my work and that nobody can say that what I tell is false, “he stressed.

Carretero has indicated that it was “very unpleasant.” “I do not recommend it or wish it to any journalist, but it is not incompatible with its helping the book’s sales. Hopefully this is the last thing we have to talk about on this matter. For my part, it is more than forgotten, it already was. before the sentence, but hopefully it is the true end point of all this matter that never had to have happened, “he concluded.

For his part, in statements to Europa Press, one of the book’s editors, Alberto Sáez, has indicated that his assessment of the sentence is “very positive” and that they are “very happy” with the dismissal of the Appeal of Cassation that “puts end to the process “and that” gives us absolutely the reason “.

“Our assessment of the sentence is very positive. We are very happy that the appeal has been dismissed and that we have been proved right. At no time did the book have any intention of undermining anyone’s honor,” he said. punctuated.

Thus, he recalled that the process has lasted “four years” and that it began with the precautionary measure for the kidnapping of the book. Subsequently, “all judicial decisions have been in our favor.”