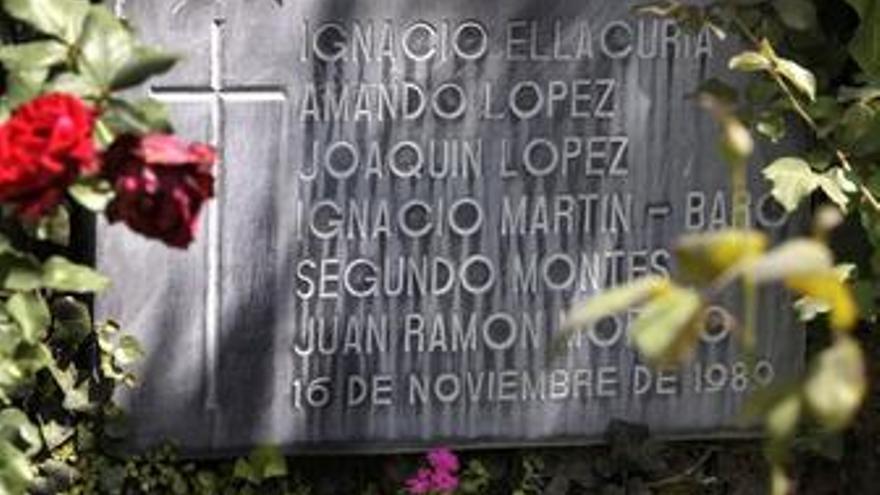 On November 16, 1989, a military squad entered the José Simeón Cañas Central American University (UCA) in San Salvador and murdered six Spanish Jesuits and two women. They were Ignacio Ellacuría –one of the greatest exponents of Liberation Theology–, Ignacio Martín-Baró, Segundo Montes, Juan Ramón Moreno, Joaquín López y López and Amando López. They, Elba and Celina, mother and daughter, worked in the house where the religious lived.

In the 1990s, a court in the country tried a dozen military personnel as material authors, but the amnesty law prevented the prosecution of those identified as intellectual authors. Among them, former President Alfredo Cristiani, Generals Humberto Larios, Juan Bustillo, Francisco Fuentes, Rafael Zepeda, the late René Emilio Ponce and Colonel Inocente Montano. The latter was sentenced in Spain in November 2020 to 133 years in prison for these murders, after the National Court classified them as crimes against Humanity.

It was not the first murder surrounded by impunity in El Salvador. It had already happened at the end of the seventies with the crime of Rutilio Grande, who will be beatified this month in a ceremony in front of thousands of people. Or in 1980, after the martyrdom of Archbishop Óscar Romero, what was beatified by Pope Francis in 2015 and canonized years later.

But if the Catholic recognition with the arrival of Bergoglio marked a clear distancing of the local political power, the sentence in Spain represented a turning point in the criminal sphere: from it, the Salvadoran Justice received a new request to reopen the case, which was initially denied by the Criminal Chamber. Now, the Constitutional Court has ordered that the process be reopened, after admitting an appeal for protection presented by the attorney general, Rodolfo Delgado. The Constitutional Court has given the Criminal Chamber 10 days to "modify" a 2020 resolution in which it closed the case, noting in a text released last Wednesday that "the right of access to Justice of the victims".

"We welcome the decision because it responds to a demand for justice and truth, which both the Society of Jesus and the UCA and the families of the victims have claimed since the massacre occurred," said the rector of the UCA, Andreu Oliva, who highlighted a point in favor of this possible new judicial process: "The Spanish National Court has already done almost all the necessary investigation."

What did the judgment of the National Court say? The ruling, which came 31 years after the massacre, deemed it proven that the murders were concocted, planned, agreed upon and ordered by the members of the High Command of the Salvadoran Armed Forces, which included not only Inocente Montano, but also the then President of the Republic, Alfredo Cristiani, whom the Salvadoran justice refused to hand over to Spain.

When seeing their situation of power and control threatened by the offensive carried out in November 1989 by the Farabundo Martí National Liberation Front (FLMN), the High Command decided to execute Ignacio Ellacuría, rector of the University and who most intensely tried to bring the two conflicting parties to peace, through dialogue and negotiation.

Following a preconceived plan, they gave the direct, personal and executive order to Colonel Guillermo Benavides - the only one convicted, to date, in El Salvador - to execute the Jesuit "without leaving any living witnesses to it," and put 40 soldiers under his command. of the elite Atlacatl battalion, trained by the United States Army, heavily armed and equipped, by order of the High Command itself, through the Chief of Staff.

It was a decision "as serious" as that of "executing with the State's own security instrument," the Supreme Court makes clear. In other words, it was adopted "from the established power and using the weapons of power in the face of absolutely defenseless victims whom they kill because of some ideal theorists they had, and / or relating them to public resistance movements" and that "nothing could be done to fend".

In the background lay the role of the Church as a mediator to try to end the bloody Salvadoran civil war, which earned them the enmity of the extreme right, who feared that in the negotiation they would be deprived of their privileges, and within the Church he focused especially on the figure of Ellacuría.

It was "a malicious act aimed at ensuring the crime and avoiding any defense option" from the very moment that the High Command of the Armed Forces "participated in the decision to order" the assassination of both Ellacuría and those who were there, no matter who, so that there would be no witnesses.

The victims, who were sleeping when they were killed, had no defense capacity. They were not part of the armed conflict, emphasizes the Supreme Court, so that the crime "went beyond the seriousness and consequences of the attempt" against his life, as it intended to destroy the hopes of peace of an entire society, harassed after ten years of internal war ". Now, 32 years later, the memory of Ellacuría and the martyrs of the UCA can also bear fruit in an act of justice and reparation in El Salvador.