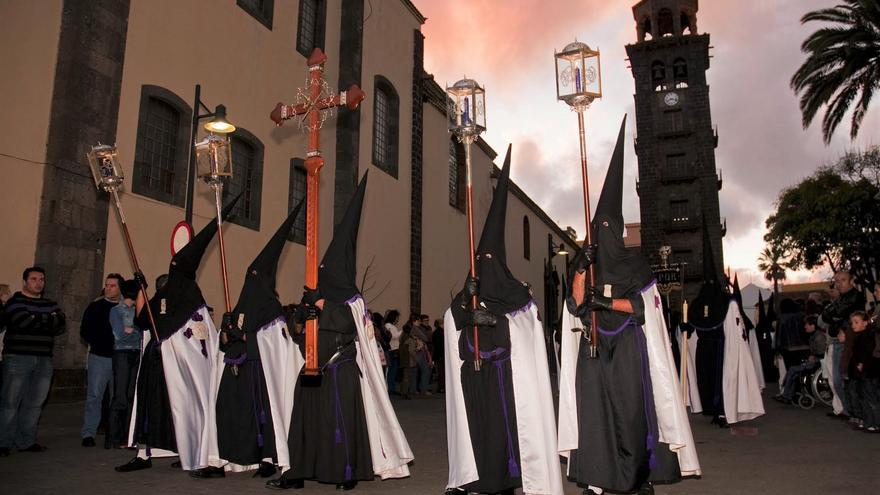 The Supreme court has considered an appeal of the Brotherhood of the Slavery of the Holy Christ of La Laguna (Tenerife) against a sentence that annulled a provision of its statutes that excluded the women to participate in that religious organization.

Judge Gabriela Reverón, head of the Court of First Instance number 2 of Santa Cruz de Tenerife, annulled in judgment of March 2020 the exclusion of women for violation of the fundamental rights of equality, non-discrimination based on sex and association, a decision subsequently endorsed by the Provincial Court.

But the Supreme Court has upheld the appeal and appeal filed by the Pontifical, Royal and Venerable Slavery Association of the Holy Christ of La Laguna and consequently dismissed the claim that Teresa Laborda had filed on behalf of 35 women since 2008 they had been asking for his admission to both the brotherhood and the bishopric.

Chamber I, on Civil Matters, has weighed the conflict that occurs between the self-organizing autonomy implicit in the right of association and religious freedom and the right to associate without discrimination on grounds of sex.

And it has concluded that fundamental rights, as established in a Constitutional ruling, "they have to be applied in a nuanced way" in private relationships to make them compatible "with other values ​​or parameters that have their ultimate origin in the principle of the autonomy of the will."

The Slavery of the Most Holy Christ is formed only by men since 1659, recalls the room, and is an association constituted in accordance with canon law with an exclusively religious purpose.

The core of the right of association It includes both the right to associate and to establish one's own organization, which in turn extends to statutory regulation of the causes and the procedure for the admission and expulsion of partners.

While the Article 53.1 of the Constitution establishes that fundamental rights such as equality bind public powers, this does not imply an absolute exclusion of other possible recipients, but it is an application "with a different degree of intensity", according to the magistrates.

"In the field of private relationships […] Fundamental rights and, among them, the principle of equality, must be applied in a nuanced way, since they must be made compatible with other values ​​or parameters that have their ultimate origin in the principle of the autonomy of the will, and that are manifested through the rights and duties that arise from the contractual relationship created by the parties or from the corresponding legal situation ", according to the judgment of 177/1988 of the TC, which the Supreme Court cites.

For the Supreme, it must be taken into account if it is a question of private associations that have a privileged position or dominance in the economic, social or professional sphere, in which the decision of the association not to admit the incorporation of a partner may generate significant and unjustified damage to the affected party.

In this case, the Slavery of the Christ cannot be qualified as a dominant association, because its activities and purposes "are strictly and exclusively religious", unrelated to any economic, professional or labor connotation.

Also its public and festive demonstrations, translated into processional acts, also have an unequivocal religious character and are protected by the fundamental right to freedom. freedom of religion and worship, establishes the Supreme Court.

For the magistrates, the Slavery of the Holy Christ does not maintain a monopoly or exclusivity situation in the organization of the processional activities of Holy Week and other acts of worship, but is one more of the brotherhoods and brotherhoods of The lagoon.

There is also no canonical impediment to be able to promote the constitution of new brotherhoods made up of men and women or only women, the Supreme Court abounds.

Remember the sentence that the European Convention on Human Rights and Fundamental Freedoms establishes that religious freedom may not be subject to more restrictions than those provided "for public safety, the protection of public order, health or morals, or the protection of the rights or freedoms of others."

The chamber cites the jurisprudence of the European Court of Human Rights (ECHR), which establishes that except in very exceptional cases, the right to freedom of religion excludes any assessment by the State of the legitimacy of religious beliefs or of the modalities of their expression.

The ECHR has established that "the principle of religious autonomy prohibits the State from forcing a religious community to admit or exclude an individual or to entrust him with any religious responsibility," recalls the court, made up of Ignacio Sancho Gargallo, Rafael Sarazá Jimena, Pedro José Vela Torres and, as speaker, Juan María Díaz Fraile.