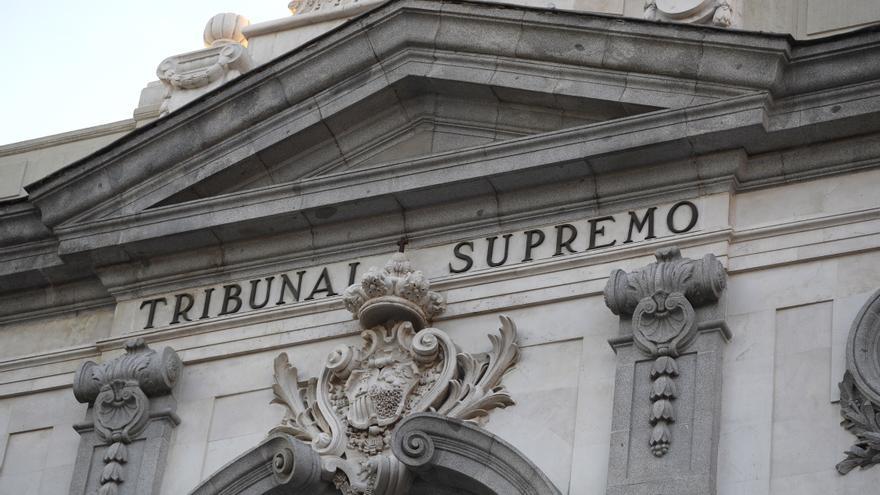 A sentence of supreme court has prevented four relatives of a fraud lawyer from having to enter prison with her. The judges have decided to impose two years in prison on a lawyer who defrauded more than 740,000 euros to 17 people whom she deceived in judicial auction processes, but her husband and three children have been acquitted, initially accused of helping the woman avoid paying her debts by hiding her assets. This, in practice, prevents the entry into prison of the entire family whose members had been sentenced to more than two years in prison.

The facts that the Supreme Court has studied go back to 2008, when the lawyer Rosa AB convinced almost twenty people to give her large sums of money with which to bid in judicial auctions. In total, she was handed over 741,000 euros, some of them in amounts of a few thousand but in some cases the victims handed over more than 220,000 euros in one go.

The objective was for the lawyer to use that money to attend judicial auctions in Madrid, where the courts forcefully sell seized assets to people with debts in order to pay creditors. They go to auction from real estate to industrial property rights, vehicles or current accounts. But in this case the lawyer did not take the money to bid: he kept it in his account to pay their own financial debts.

The victims of the scam, defended by the lawyer Iván Montoto, tried to collect their money before taking the case through criminal channels, something that was not possible. Among other things, they denounced that the lawyer had put bad checks on the table and had even presented her family home as her guarantee. The problem is that the house ceased to be in her name when she and her husband donated the property to her three children, they denounced, to avoid an embargo and not have to pay their debts.

This movement brought the lawyer, her husband and their three children to the bench. Initially, the three were sentenced to sentences that implied their compulsory entry into prison. The Provincial Court of Madrid, as elDiario.es has learned, imposed six years in prison on the lawyer for fraud and seizure of assets, and two and a half years in prison for her four relatives for the second crime. Because, according to the Court, it was all a plan so that, after swindling more than 740,000 euros from all his victims, they did not have to deliver the house to meet their debts.

Both the three children and their parents alleged in the trial that they did not know of the existence of the debts or of the scam when they accepted the donation of the chalet. But the Provincial Court condemned them because everything indicated that they knew that the donation was necessary for them to keep the house: "They were all aware of the existence of the debts and the intention that guided them was to steal said house from the possible civil actions of the creditors on the same to obtain with it the satisfaction of their credits", the judges said then.

That sentence would have implied the mandatory entry into prison of the entire family if it had been declared final, but the Supreme Court has reviewed the case and has understood that neither the husband nor the three children of the swindling lawyer can be convicted. According to the judges, there is plenty of evidence to convict the lawyer of defrauding the people who gave her hundreds of thousands of euros for judicial auctions, money that she must return, but not to convict the entire family of trying to hide their house and avoid seizure.

The criminal chamber of the Supreme Court, with Juan Ramón Berdugo as rapporteur, understands that the lawyer's family did not put the house in the hands of their children to escape this debt, but rather did so to avoid another previous embargo: by the time the case of the scam reached the hands of the courts, a court in Madrid had ordered the judicial auction of the house at the request of the bank. The entity, finally, departed from the procedure and the house was neither seized nor auctioned.

These data lead the Supreme Court to understand that there is insufficient evidence that this whole operation of donations to the children had as its real objective not to pay the victims of their mother's scam. "There is not enough evidence to infer that intentional spirit of the accused of not paying the monetary contributions to which Rosa had committed," says the Supreme Court. The husband and the three children, therefore, are acquitted of concealment of assets.

The lawyer's sentence also drops significantly, from six years to two years in prison by also applying the mitigating factor of undue delay for the seven years that the process took to reach trial. She does not have to enter prison, therefore, although now the execution phase begins in which she will have to return the 741,000 euros to her victims if she does not want to go to jail.

The hopes of the victims of recovering their money, according to sources in the case, are not too high. At all times, the lawyer has refused to return the money, although she has shown that she has some kind of economic capacity by changing defense several times until she has the defense of the lawyer and former magistrate of the Supreme Court. Adolfo Pregowhich has achieved a significant reduction in the sentence of the lawyer and the acquittal of her relatives.