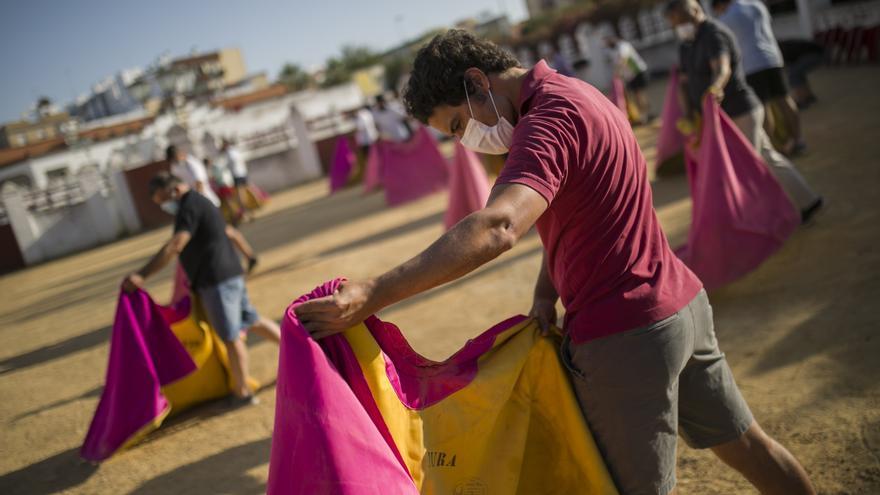 The Supreme Court (TS) has established that the work of a bullfighter is not a work that can be registered as intellectual property "by not being able to express objectively what the artistic creation would consist of", regardless of the feeling that it may generate " for the beauty of the forms generated in that dramatic context ".

The Civil Chamber has rejected the appeal presented by the bullfighter Miguel Ángel Perera Díaz against the sentence of the Provincial Court of Badajoz that confirmed another of the Commercial Court Number 1 of Badajoz in which it endorsed the decision of the territorial property registrar Extremadura intellectual of not allowing the registration of the task in question.

The intention of Perera Díaz was to register as intellectual property a work that he titled 'Two-eared slaughter with tail request to the Curious bull', which took place on June 22, 2014 at the San Juan de Badajoz Fair and would have consisted of "hand left to the natural, changing hands behind the back and passes to the right. The bull leaves loose and the bullfighter goes towards him, passing by with his right. " For this, he provided an audiovisual recording and a descriptive book.

The bullfighter, as recalled by the Supreme Court, wielded that "bullfighting is an art and the work of a bullfighter an artistic manifestation, a work of art, and, specifically, the one that was the subject of an application for registration in the property registry intellectual was an original artistic creation, which is why its inscription "in it was appropriate.

Thus, they have pointed out that, "without diminishing the artistic consideration that the work of a bullfighter can be recognized by critics and fans, and the feelings it can generate in those who witness it, as reflected in the work of some famous poets ( ...) and painters (...), in order for it to be protected as a work of intellectual property, in view of the purpose of this protection, it must meet the requirements of the work already mentioned ".

The Chamber I has reasoned that "the intellectual creation attributable to the bullfighter, to his personal creative talent, would be in the interpretation of the bull that has corresponded to him in luck", although "this creation would have to be reflected in an original formal expression, which in this case could become the sequence of movements ", and that also" should be identifiable with precision and objectivity ".

In his opinion, "this is where (...) lies the main stumbling block for the bull fight to be recognized as a work object of intellectual property" because it should "be expressed objectively so that both those who must ensure the protection of exclusive rights inherent to copyright, such as individuals, may be in a position to know clearly and precisely the protected object ".

"In the fight of a bull, this identification is not possible, as it is not possible to objectively express what the artistic creation of the bullfighter would consist of when performing a specific task, beyond the feeling that it transmits to those who witness it, due to the beauty of the forms generated in that dramatic context. For this reason, it cannot be recognized as a work object of intellectual property, "concluded the Supreme Court.

To reinforce its ruling, the Supreme Court has tried to equate the fight of a bull to a choreography, since the latter are considered works that are the object of intellectual property.

In this sense, he clarified that "in the choreography it is possible, through notation, to identify with precision and objectivity the movements and forms of the dance in which the original creation of the author consists, with respect to which protection is requested as a work of intellectual property".

"This precise and objective identification, in addition to making it possible to reproduce it again, makes it possible to identify what the creation consists of, both to third parties and to the authorities in charge of the protection of intellectual property works," he stressed.

However, he stressed, "the same does not happen in the work of a bullfighter, in which beyond the specific passes, sets and lots, with respect to which it is not possible to claim exclusive, it is very difficult to objectively identify in what would the original artistic creation consist of in order to recognize the exclusive rights of a work of intellectual property ".