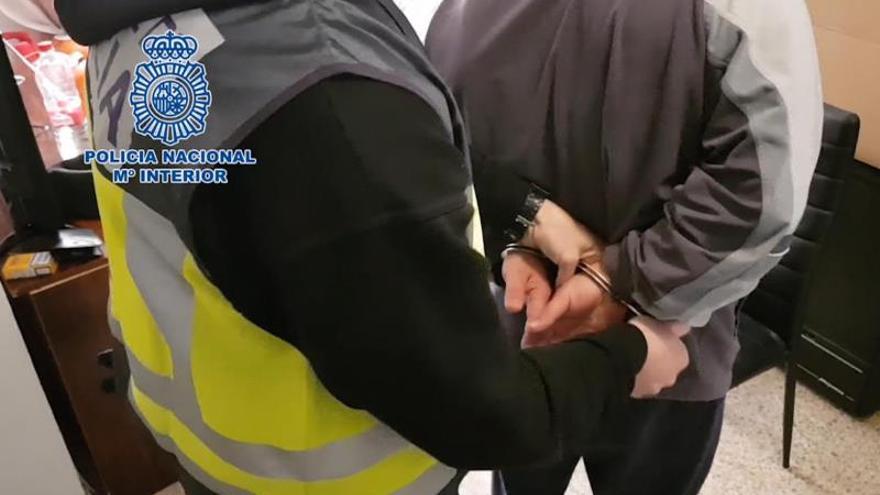 The victims lived in Venezuela and Colombia and came to Spain in 2018 seeking a better life. They were young trans that, in most cases, they knew they were coming to prostitute themselves, but they did not imagine what awaited them here: assaults, confinements, the obligation to prostitute themselves at all hours of the day and an impossible debt to pay. The Supreme Court has just doubled the sentence of the two pimps that they were sexually exploited in a sentence that opens the door to convict them of trafficking in human beings even though the victim knows that they are going to engage in prostitution, which significantly increases the prison sentences.

The sentence of the criminal chamber to which elDiario.es has had access explains how the six victims gradually arrived in Spain throughout 2018. All the profiles were similar: young trans people without economic resources who, in the majority of the cases, they accepted to cross the Atlantic to prostitute themselves in exchange for being able to send money to their family in Colombia and Venezuela. They got on the plane with the tickets and money that the pimps had given them but, once in Barcelona, ​​they discovered the reality: they were going to be locked up in flats, forced to prostitute 24 hours a day and his money wasn't going to go to his family: it was going to go to his pimps. In addition, once on Spanish soil they discovered that they had an unacceptable debt with their captors that, in some cases, reached 15,000 euros.

They were prostituted, especially in Madrid and Barcelona, ​​but also in Valencia, Palma de Mallorca, Zaragoza and cities in the Canary Islands. They were forced to do whatever the client said, from using cocaine to not using a condom. If they did not live in Madrid and the pimps could not physically monitor them, they contacted them by video call to make sure they did not try to escape. The threat was clear: if they stopped submitting, they and their families would be in trouble. Being sick was not a reason to rest.

Several of them ended up going to the police to tell what was happening and their two pimps were finally arrested, tried and convicted. They had progressively kept all the money that their victims had obtained during a year of sexual exploitation: a total of 26,000 euros, taking into account that it could not be correctly accounted for in the case of some of the victims. The person who did not sit on the bench was a third person who was part of the group, a woman living in Colombia who contacted the victims in their countries of origin and convinced them to undertake the trip.

At first, the Madrid courts sentenced the two to 15 years and 9 months in prison for a crime of trafficking, another five for prostitution and one more against the rights of foreign citizens. In those sentences, the judges opted for the crime of prostitution and not he deals for most of the cases because the young people came to Spain knowing that they were going to be prostituted. Now the Supreme Court, with magistrate Ángel Hurtado as rapporteur, duplicates their sentences and explains that it is possible that they knew that they were going to be prostituted but not in the humiliating conditions and permanent aggression that they suffered in different cities of the country.

It was the Prosecutor's Office that took the case to the Supreme Court seeking higher sentences. The result is that each one is firmly sentenced to 30 years and 9 months in prison for six crimes of trafficking in human beings in a medial contest with another six of coercive prostitution as well as another against the rights of foreign citizens. They are also obliged to pay 20,000 euros to each of their six victims and also to return the 26,000 euros that were seized from them.

The Provincial Court of Madrid said in the first instance that the pimps could not be convicted of a crime of trafficking because in most cases the victims "were aware of what they were coming for. To practice prostitution. Their complaint derives from the conditions in those who had to do the job, "according to the judges. For that first sentence, later confirmed by the Superior Court of Justice and now revoked by the Supreme Court, "there was no deception or violence in the phase prior to arrival in Spain."

An argument that the Supreme Court has rejected outright after an appeal from the Prosecutor's Office, which from the beginning asked for sentences close to four decades in prison and for crimes of trafficking. The judges of the criminal chamber explain that the key is to differentiate between the moment of their recruitment and the moment of their sexual exploitation in Spain and if the first occurred due to the precarious economic situation they lived in their countries of origin. And the judges conclude that yes, by stating that they arrived "because they are captured taking advantage of their vulnerability, and it is definitive, when they arrive here, the conditions in which they exercise it which, in the case of all of them, we can summarize in the humiliating treatment of that were the object ".

The Supreme Court reproaches his colleagues in Madrid for claiming that the victims knew what they were coming for because "it does not analyze why they came, and the precarious economic situation and lack of resources that prompts them to come, which makes them easy prey for recruitment, nor are the vexatious and coercive circumstances in which they are forced to exercise it, once in our country. " At that time there is a "qualitative and quantitative leap" that turns the crime of coercive prostitution into one of human trafficking.

Criminal judges say that if the victims "lend themselves to come, it is due to that precarious economic situation and little future prospects in their country and they do so even assuming that they could engage in prostitution", but without knowing what I expected. The difference is substantial, since they go from being convicted of one crime of trafficking (5 years in prison) and five of prostitution (2 years in prison for each) to being sentenced to six crimes of trafficking at a rate of 5 years in prison each.

The court headed by Hurtado analyzes the case of each of the six victims and concludes that they were all deceived about what was going to really happen. He says in the case of one of them that "even without denying that he agreed to engage in prostitution, the truth is that until he arrives here, he is not made aware of the humiliating conditions under which he has to exercise it."

This ruling on what the Supreme Court calls "21st century slavery" comes shortly after another ruling in which the judges of the same court claimed that pimps "dehumanize their victims to extremes that are difficult to describe. "In that case, the criminal court magistrates also confirmed sentences of up to 35 years in prison for the members of a group of pimps who sexually exploited young Nigerians, some minors, in Torrevieja and Madrid.