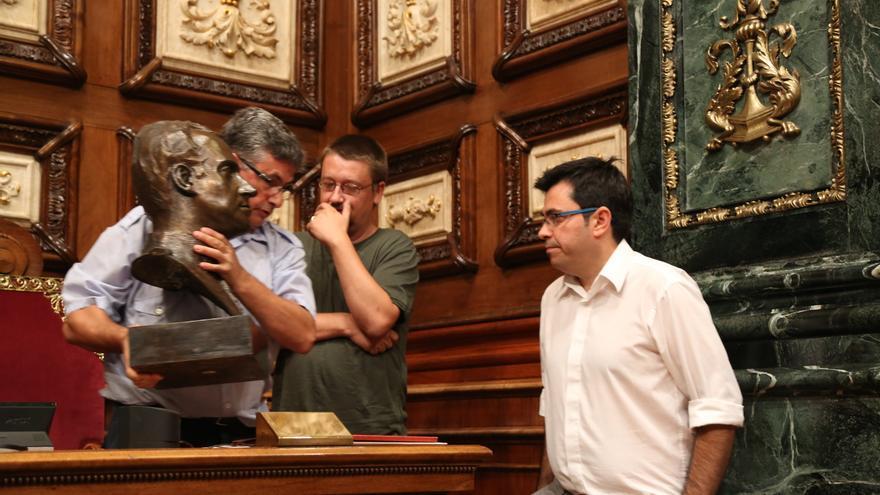 The Third Chamber of the Contentious-Administrative Court of the Supreme Court (TS) has dismissed the appeal of the Barcelona City Council against the sentence of the Superior Court of Justice of Catalonia (TSJC) that declared invalid article 75.2 of the Municipal Organic Regulation of Barcelona approved by the Plenary of the Corporation on December 29, 2015, and that had been contested by the State Bar on understanding that it infringed the obligation to be present in the Session or Plenary Hall of the effigy of the king provided for in article 85.2 of the Organization and Functioning Regulations (ROF) of Local Entities approved by Royal Decree of November 28, 1986.

The Chamber resolves that the aforementioned article 85.2 has the character of a basic norm, “which concerns symbols of the State insofar as it is ordered that in all municipalities, in a preferential place and in the place where its highest body meets, the symbol of the political form of the Spanish State, making it visible that local power is exercised in coherence with that political form. It should not be forgotten that municipalities, according to article 137 of the Constitution, are elements of the territorial organization of the State. autonomy, guaranteed by this and other constitutional precepts, finds its meaning within that organization “, adds the Chamber.

The magistrates add that this “does not exclude that on this matter there could be a municipal regulation, provided that it is complementary and respectful with the state regulation; nor that the municipal organic regulations choose or to reproduce the provisions of the ROF or, simply, do not regulate nothing, focusing its organic regulation on matters that are entirely within its competence, leaving in this regard to the ROF to display its direct binding force by itself “.

The sentence admits that certainly, “and in that aspect the particular vote to the majority sentence is right” of the Catalan Supreme Court, it should be a norm with the formal status of law that provides for it; However, such an assertion would be worthy of attention at the present time, but Article 85.2 of the Regulation is the result of the normative historical moment in which it is approved and in coherence with the point of evolution in which the constitutional doctrine was found. It is those exceptional and already overcome circumstances that justify and make it admissible for such a forecast to be made in the ROF.

Applying the above to the case, the court dismisses the appeal, “not without stating that the terms of the litigation are aired between the judgment and the private vote. Both approaches being rigorous and well-founded, however this Chamber understands that the Appearing in the majority is more in accordance with the Law, appreciating in the private vote an understandable criterion, but in excess formal and that leaves in the background the origin of the ROF as well as its interpretation in the light of the evolution of the constitutional doctrine “, says the sentence .

The Supreme Court highlights, with respect to the allegations of the appellant, that the ROF “in what is now litigious in no way diminishes the competence of the Barcelona City Council, its power of self-government for the management of the interests that, really, are its own dictating from that power, rules that imply an organic and complementary operating regime with respect to the basic legislation and with respect to the regional legislation, both general and of the municipality of Barcelona. In this sense, the rule declared null and void by the contested judgment did not contain this regulation. complementary, but one that is clearly in breach of article 85.2 of the ROF “.

Article 75.2 of the Barcelona Municipal Organic Regulations stated that the representation of symbolic and institutional elements permanently present in the Session Hall must respond to the unique historical and capital status of Barcelona, ​​and to the democratic principles, religious neutrality and Catalan, and that its approval corresponds to the Plenary of the Municipal Council, by means of an agreement adopted by a majority of two thirds of its members.

The Supreme Court ruling is limited only to what is related to the king’s effigy and to analyze whether said article 85.2 of the ROF is a basic norm and cannot be displaced by municipal organic regulations.