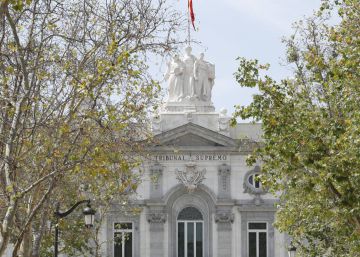 Claiming a certain amount from the Treasury and coming out victorious, making the Treasury have to pay the requested amount plus default interest, was assuming a bittersweet drink for the taxpayer, who has been forced to pay taxes for the collection of that compensation for The delay. Until now. A recent ruling from the Supreme Court has just clarified that “late payment interest paid by the Tax Agency when making a return of undue income is not subject to personal income tax.” A ruling that, beyond arriving in a year in which the pandemic has triggered payment delays by the treasury, opens the door for thousands of taxpayers to now claim the tax that was applied to them in recent years.

The most common cases in which the Tax Agency pays these late payment interests are when a taxpayer pays a tax settlement with which they do not agree and that recurs successfully, or in which they submit a request for rectification and return of income improper, considering that the self-assessment harmed him.

As the debt is paid, if the judges agree with the taxpayer, the Treasury should compensate him for the period in which he did not have his money. From there, the Tax Agency considered that these interests should be integrated as capital gains in the tax base of savings and be taxed. This is even included in the tax information provided by the treasury to citizens in income campaigns.

Some magistrates, such as those of the Valencian High Court of Justice, had already ruled against the criteria of the Treasury, leaving these interests free of taxation. The issue, however, has remained a target of resources until, at the beginning of this month, the Supreme Court has ended up taking action on the matter. In its ruling, the Contentious Chamber of the high court ruled that these interests should not be considered income from work, movable or real estate capital, a return from economic activities or, of course, a capital gain. “When interests borne by the same unduly are returned to the taxpayer, compensating them, there is no such capital gain, but a rebalancing occurs, canceling the loss previously suffered,” he explains.

Therefore, it is not that these interests are exempt from tax, but simply that they are not subject to personal income tax. In the case of compensation, he adds, taxing them would frustrate his objective, at least partially. And that is valid, he exposes, both to avoid that the administration ends up benefiting from an action contrary to the law and when the correction is the result of a rectification by the taxpayer, for example.

The Treasury applies the late payment interest regulated in article 26.6 of the General Tax Law, of 3.75% for each year of delay, or the proportion corresponding to the number of days (for 100 euros of debt, it would mean close to a penny for each day of delay). A smaller amount but that runs the risk of growing exponentially in a year like the pandemic, in which the Tax Agency, like the rest of the public administrations, has increased its average payment terms.

Further, “the sentence opens the door to request the return of undue income” from recent years, says the lawyer Jose Maria Salcedo, partner of the firm Legal Attic, which assumes that the ruling can substantiate thousands of claims. “Taxpayers who paid their personal income tax for the interest collected in the last four years, may request a refund,” he explains. “Said return will also generate new interests, on which they will not be obliged to pay taxes,” he adds, urging those interested to act promptly so that the deadline for requesting the return does not prescribe.

To travelers. Waiting to know if the negotiations of the European Union and the United Kingdom around Brexit allow us to seal an amicable or rough divorce, which in any case will take place with the start of the new year, the separation will have inevitable tax consequences. One of them is that, as the Tax Agency anticipated yesterday, “residents of the United Kingdom will cease to be citizens residing in the Union” on January 1, so that from that day “British travelers will have the right to VAT reimbursement in the passenger regime, except for residents of Northern Ireland, where European Union regulations continue to apply ”regarding indirect taxes on consumption. The treasury yesterday urged Customs to be ready for the change of situation since New Year.