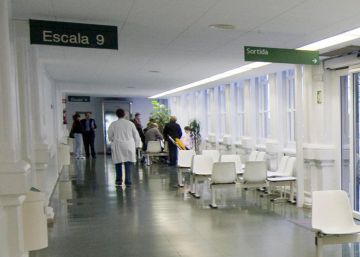 He Hospital Clínic of Barcelona You will have to readmit or indemnify a cleaner who had 242 interim contracts signed in eight years to cover vacations, breaks and permits of other workers. Then he fired her. The Supreme Court has declared the dismissal inadmissible, which had been endorsed by a court in Barcelona and the Superior Court of Justice of Catalonia.

The worker, identified with the acronym MCPG, signed interim contracts for replacement at the Hospital Clínic from December 2007 to January 2011. That month she began to receive unemployment and, two months later, she returned to work for the Clínic with the same conditions. In total, he signed 242 contracts, always with the category of cleaner, which indicated the name of the person he replaced and the cause.

In some cases it was to cover days of own affairs or agreement, in others for hourly recovery, temporary disability, vacations or optional party of agreement, and in others, for absence, union permission, illness of a relative or attendance at a wedding. On May 8, 2015 the company notified him of the definitive termination of the contract.

The Social Chamber of the Supreme Court has revoked the two previous sentences that had proved the hospital right. The court, in accordance with the jurisprudence that has already set in similar cases, rejects that the coverage of vacations can be made with interim contracts for substitution. This contract, explains the court, is of a fixed duration and is intended to replace a worker with the right to reserve a job, so the duration depends on the reinstatement of the substitute.

"The absence for vacations is not a situation of suspension of the employment contract with the right to reserve a place, but a mere ordinary interruption of the provision of services that does not generate a vacancy properly reserved," says the ruling, of which it has been rapporteur magistrate María Luisa Arastey

The magistrates believe that although “a generic imbalance in the volume of workforce in circumstances such as those that concur in the public administration, which requires the follow-up of regulated procedures for the creation of places, could extraordinarily justify temporary hiring”, this would only be possible the concurrence of the elements that define the contract regulated in article 15.1 b] of the Statute of Workers, that is, if unforeseeable circumstances concur.

And, according to the Supreme Court, this is not applicable to the circumstances in which this worker was hired, since the company is “fully aware that the workforce it has enjoys vacations and breaks with the regularity of such situations and, therefore, the response to the volume of habitual activity must contemplate the hours of effective provision ”.

The fact that the workers of the workforce take days off and vacations is “a foreseeable circumstance”, concludes the Supreme Court to argue that the temporary coverage of their functions by going to the interim route by substitution does not comply with the law.