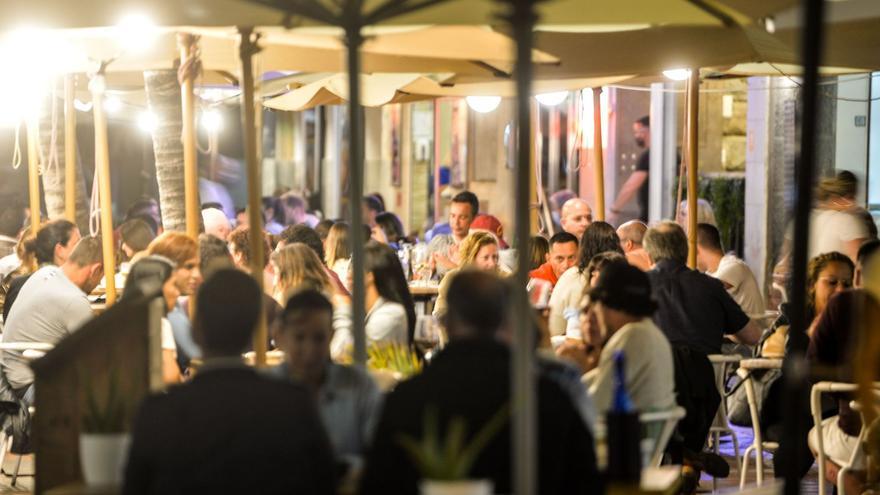 The Supreme Court will foreseeably pronounce this week on the appeal of the Canarian Government for the refusal of the Superior Court of Justice of the region to endorse the perimeter closure of the islands, so it will be the first restriction in which you must unify a general criterion for the rest of the Autonomous Communities.

The Government of Ángel Víctor Torres registered your cassation appeal this Thursday before the Supreme Court, but not against the abolition of the curfew but before the elimination of the perimeter closure, since it understands that this last measure together with the limitation of groups are essential to control the pandemic.

The first thing the high court did was to immediately send it to the Prosecutor’s Office for allegations, which has three working days, according to the decree approved by the Government. before the state of alarm subsided and that gave the last word to the Supreme to unify a common position for the autonomies.

The Canary Islands Prosecutor’s Office gave its approval to the perimeter closure, a restriction that had the support of several magistrates of the high Court of Justice of the community.

But it remains to be seen what position the Prosecutor of the high court will now maintain, taking into account that the Attorney General it has not given a general criterion of action to the fiscal career, although it seems strange that the institution itself amends itself.

Once the Prosecutor’s Office submits its report to the Fourth Section of the Contentious Chamber, the Supreme Court will have a maximum of five business days to directly resolve the appeal.

It will be the first on which the Supreme Court pronounces, which has been preparing for days before a possible cascade of resources that, for the moment, is not such, since the Canary Islands is the only one that has appealed.

In general, the High courts of Catalonia, Valencia, the Community of Madrid, the Balearic Islands, Navarra, Castilla la Mancha, Extremadura, Andalusia, Galicia, the Canary Islands and Murcia have endorsed the restrictions of the autonomous governments, Yes OK there has been no uniformity when they have started to address those measures that limit or restrict fundamental rights.

With the perimeter closures, which is the case that the Supreme Court is going to study, the higher courts of the Basque Country and the Canary Islands have refused to apply it in their territories in a general way.

The Canary judges They affirm that they cannot endorse the closure ordered by the regional government due to the inaccuracies in its terms because they understand that the legal regime established by the Executive is discriminatory.

More emphatic are the Basque judges who point out that “our current legal system does not allow the Autonomous Communities to agree, out of the state of alarm, restrictive measures of fundamental rights with a general non-individualized nature”, as it has happened in other parts of the country .

Because, for example, other regional courts have endorsed the closures, although by municipalities such as Galicia and Extremadura.

More striking is the case of Andalusia. There the Superior Court has authorized it in four locations but, on the other hand, it has denied it in Montefrío (Granada) twice.

Manuel Villanueva: “I would take a wine to a desert island that would remind me of a friend”