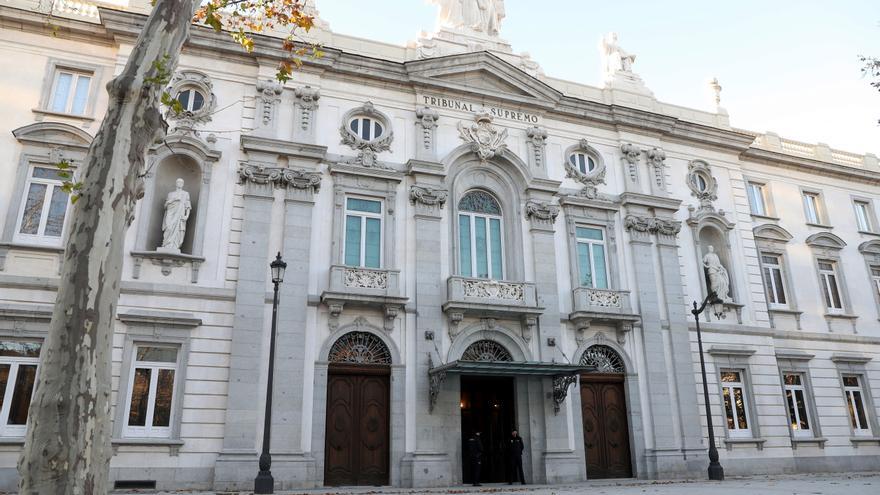 The Contentious-Administrative Chamber of the Supreme Court has confirmed the file of the proceedings opened against a titular judge of a court of Violence against Women in Madrid that he called “a bitch” and a “bug” to a complainant of gender violence, the model María San Juan. The magistrate made these expressions after a hearing on the custody of his children, according to the video recorded by the court in the courtroom, which he continued recording after the session and captured the conversation he had with a prosecutor and a lawyer.

The judge agreed to withdraw from the case after the woman filed a complaint with the General Council of the Judiciary (CGPJ), which opened an information procedure. Finally, in January 2019, the agency filed the open file, but the complainant appealed to the Permanent Commission, which a few months later reiterated the file. The Supreme Court now resolves the last resort made by its defense against the resolution. The court considers that, “despite the reprehensible nature of the expressions expressed in the conversation”, its recording “without consent invalidates any use of it in a sanctioning procedure”.

The ruling relates how on June 27, 2018 the recording system was connected “inadvertently” after the hearing, so that the judge, the lawyer and the prosecutor were present “unaware that the recording system was still activated” and the first “used expressions and referred to the applicant in terms that were unmistakably offensive and completely unacceptable and out of place.” The recording was given to the parties without knowing that it included the conversation, prompting the plaintiff’s complaint, which declared to the Ser string feeling “helpless”. The judge who replaced the magistrate finally closed the complaint because she had filed against her ex-husband for mistreatment, threats and coercion. In one of them he had received a police assessment of extreme risk, but

The Supreme Court, which does not go into assessing the expressions, but whether the “accidental and unknown” recording can be taken into account, rules that it was produced “by an error” of the people who were in charge of the system, and “will be due to irregular definition “. A character that “is not altered by the place, the people or the content,” he adds. “The recording has a legal purpose, which is to leave an audiovisual record of the judicial act that takes place, and once said act is finished, the recording lacks any legal coverage” that “is not corrected by the fact that it occurs in a courtroom. justice, because the people recorded are legal professionals or because of the topic of conversation “.

It is key for the court that the recording was produced without anyone knowing it, so that it was “not consented” by the people who were in the room, which is the only exception that could have given it legal validity. “In the absence of consent, the recording is a clear violation of the private sphere of the people recorded, which invalidates any use of it for a sanctioning procedure,” the sentence concludes.