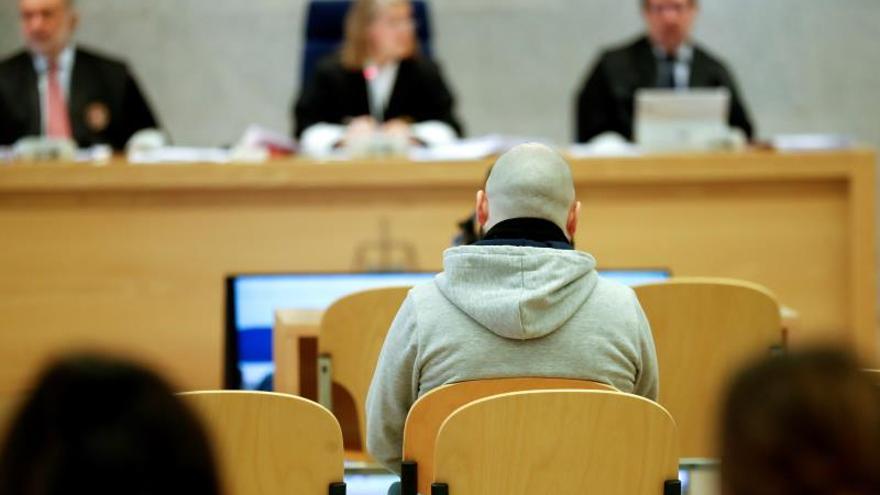 The Supreme Court has confirmed the sentences of the man who defrauded 349 families with the stem cells from the umbilical cord that he had to guard, and also the company he worked for. He has been sentenced to four and a half years in prison and the judges have also rejected the appeal of the company for which he worked, and which they consider a subsidiary civil liability. A decision that exponentially increases the chances that the victims get their money back: the ruling forces them to return more than 600,000 euros and pay almost 3.5 million in compensation for moral damages that the accused would not be able to face alone.

The events, according to the sentence to which elDiario.es has had access, occurred between 2010 and 2012. Raúl Conejero had worked as an agent for the Stem Cell company and was in charge of giving talks in hospitals and getting people to contract with them the cryopreservation of stem cells obtained from the umbilical cord of newborn children. He was in charge of the Valencian Community, Murcia and a part of Castilla-La Mancha.

The business this company is dedicated to gained notoriety after it was made public that the kings had opted for this procedure when they had the Infanta Leonor. The collection of umbilical cord blood (UCS) after delivery is a procedure that aims to collect stem cells from the newborn so that they can later be made available. The idea is that as cells are poorly differentiated and present in abundance in the cord, they can be used in the future to combat possible diseases, such as childhood leukemia or bubble boy syndrome, among several others.

There are two options to do so: donate them to a public bank to be used by those who need them in the future, or do it with a private company to have exclusivity. Some experts warn that reserving them for oneself is of little use because cells can contain the same genetic defects that they will want to combat in the future.

At one point the Stem Cell business became a scam and began to charge money for cryopreservation processes that did not exist. His victims paid amounts of up to 3,000 euros each while their samples went to non-existent laboratories or to laboratories in Switzerland or the United Kingdom where they were not going to do anything with them because the accused had not paid for their cryopreservation. He continued to do so even after being fired in 2011, when he created his own company and continued to scam people but always “taking advantage of the professional credibility that the commercial representation gave him” at Stem Cell.

In just two years, as the Supreme Court has confirmed, he deceived 349 families who paid him more than 640,000 euros while the stem cells from their children’s umbilical cords were never preserved or analyzed. He also forged certificates from the Valencian Health Agency, documents from the City Council of the Alicante town of Ibi and even certificates from the German health authorities to deceive his victims.

Conejero accepted his sentence after the trial held at the National Court. Four and a half years in prison and individual fines of 1,000 euros for crimes of document falsification and fraud, in addition to the obligation to return the money to their victims and compensate each one with 10,000 euros for moral damages. He did not appeal his conviction, but his old company did: he was found subsidiary civil liable for most of the money and, therefore, had to bear almost all the compensation if he was unable to pay.

The Supreme Court, with magistrate Antonio del Moral as rapporteur, endorses this economic condemnation for the company. The National Court understood that the victims had to be compensated not only with the money they lost but also for the “moral aspect” of losing those stem cells from the umbilical cord of their children. “The loss of that biological material in itself supposes a damage, with material and moral aspects, tied to the definitive frustration of an expectation of use by the children in case of suffering certain pathologies in the future,” said then the Hearing.

Regarding the responsibility of Stem Cell, he argued that despite having fired him, “this firmness in reproaching the behavior of the non-compliant agent did not translate into the adoption of suitable measures to avoid damaging customers” and “did not control in what precise”. They blame the company for not having discovered what their employee was doing.

Something that now supports the criminal court of the Supreme court. The judges believe that their colleagues from the National Court set “reasonably” as of what date the company had to be held responsible. “The Chamber with all correctness has discriminated cases and cases” leaving outside the umbrella of the subsidiary responsibility of the company those scams that he committed without using his job.

The Supreme Court explains that if he carried out the scam “acting as a commercial agent, and even if he concealed it from the principal or withheld the benefits or deviated from the conditions to which he had committed,” what is stated in article 120.4 must be applied. of the Penal Code: that the company for which he worked has to take care of the money.