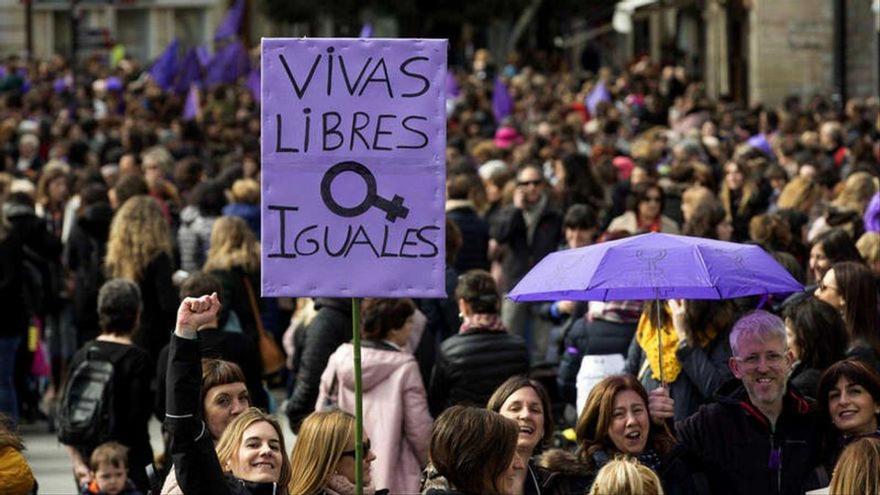 The Supreme Court has sentenced a man to a year and a half in prison who harassed on the phone and in person to her ex-partner after the breakup. The man, who made up to 170 calls to the victim in just over a month, had been acquitted but the judges recall that he even went to guard the door of the woman’s house and that, therefore, ended up seriously altering her life . The Supreme Court also calls in its sentence to study this type of cases with gender perspective and highlights “the need to approach the harassment of the partner or former partner with a gender perspective”.

According to the sentence to which elDiario.es has had access, everything happened in Barcelona in mid-2017. The victim had broken the relationship after five years and the accused, according to the Justice, had not accepted the break and acted “moved by the intention of control movements and the daily behavior patterns “of his ex-partner. In just one month, for example, he made 170 phone calls to the victim” asking for explanations. “On other occasions, he passed through the door of his house” in order to control his movements. “And even prevented him from leaving with his friends. He would send messages like this:” You are not going anywhere, you are coming to talk to me. “

By then he had already been convicted of gender-based violence in the past: threats and breach of precautionary measures, although the ruling does not specify whether the victim was the same woman. In addition, according to the complainant, although it does not appear in the proven facts, her ex-boyfriend came to appear daily at her work and said things like “bitch, moron, imbecile, I’ll catch you” in discussions. He himself acknowledged at the trial that on one occasion he said to the woman: “I’ll catch you, I’ll hook you up.” She, at one point, “stopped going to work for several days, many days she did not leave the house because she did not go alone,” she said.

At first, a criminal court in the Catalan capital convicted him of harassment and acquitted him of threats, understanding that he did all this without “the intention of frightening her or announcing that he was going to cause her any harm.” It was the Provincial Court of Barcelona that opted for acquittal in second instance: the judges recognized that the contacts could be “unpleasant” for the woman but understood that 170 calls was a “not excessive quantitative intensity”. In the same way, they understood that there was no evidence of how this harassment had affected the woman’s life. The behavior of his ex-partner, for the Provincial Court, “does not acquire sufficient relevance to consider that the exercise of his personal freedom was injured in criminally relevant terms.”

The rapporteur for that sentence was the current Supreme Court magistrate, Javier Hernandez, and has just been revoked by his colleagues in the criminal court. The judges understand that with the evidence that there was, he had enough material to convict his ex-partner of a crime of harassment and they impose a year and a half in prison in addition to a restraining order of one kilometer for three more years. The Supreme Court recognizes that the account of proven facts suffers from “descriptive poverty” and “narrative greed” but chooses to condemn the harasser.

The Supreme Court, with Vicente Magro as speaker, makes a plea in this sentence so that these types of cases are studied with a gender perspective and to be able to understand what the victims go through. The judges explain that “it is not the same a harassment situation existing between strangers, or acquaintances, who in the bond of the relationship of a couple, or ex-partner. “In these situations, the room continues, the ties between victim and harasser” intensify the situation of demands of domination, or humiliation, on the victim to achieve the creation of physical and psychological ties to return to him. “

The objective of gender bullies, continues the Supreme Court, is that his ex-partner “receives the message that it is preferable to give in to ending the harasser causing a greater physical harm to his life or physical integrity.” Thus, it seeks to “end the victim’s freedom when deciding who he wants to be with” so, according to the Supreme Court, it is necessary “to understand it and value it from a gender perspective, which is the only one that will allow understanding the position in which the victim finds herself in the face of serious and farsighted acts of harassment by her ex-partner “.

The Supreme Court dismisses the arguments of the Barcelona Court to acquit this stalker with a history of sexist violence and understands that it is a clear case of harassment of article 172.ter.2 of the Penal Code. There is evidence, the judges consider, that the calls and the appearances of his ex-partner supposed a serious alteration in the life of the victim, subjected to a “constant vigilance“At that time by his ex. Those calls, says the Supreme Court, were not” normal and habitual calls “but to ask for explanations for the breakup and” it is a proven fact that he passed his home on numerous occasions in order to to control their movements. ”

The calls, messages and surveillance caused “the victim to be altered by the circumstance of fear that acts of harassment cause him objectively.” This is something that, according to the Supreme Court, should not be subjectivized: that would cause “resilient victims with the capacity to endure suffering would allow their stalkers not to commit crimes.”

For the Supreme Court, this type of crime in which the victim and the aggressor maintain or have maintained a sentimental relationship must be examined from a gender perspective, as established in previous sentences. The sentence says that “only from this perspective can the drama suffered by the harassed victim who knows that the origin of the harassment dates from that feeling of possession of the harasser over his victim can be understood.” That harassment, he adds, is exercised from a position of domination.

The judges also stop to explain the consequences of this type of harassment. They affirm that “the victim’s life and his behavior with himself and with others changes” in the face of the uncertainty of not knowing “what the bully’s next step will be, and this generates more fear, if possible, and more concern, uneasiness and fear of not knowing how far the stalker is willing to go if his former partner’s victim does not agree to return with him. “

There are cases, ditch the sentence of the Supreme Court in its final stretch, in which the victim of harassment succumbs and returns to his ex-partner when he cannot take it anymore. In this situation, says the Supreme Court, “the level of emotional dependence of the victim rises,” which makes it difficult for him to get out of that relationship. “He knows that what awaits him again are continuous acts of harassment that prevent him from exercising his right to freedom to decide whether or not to stay with him, turning their relationship into a kind of paper jail. Because he could get out of it, but his subconscious does not leave him pressured by the consequences that they know will lead him to tell him that he wants to leave him. “

The annual statistics compiled by the Prosecutor’s Office reveal that in 2019 the Spanish courts handed down 397 sentences for the crime of “harassment in the family environment”, regardless of coercion and threats. The data also indicates that the Public Ministry presented a qualification letter in 280 judicial processes on this crime. The Supreme Court explains in this ruling, citing data from a study on the population of the United States, that “the figure for the percentage of victims harassed is brutal and makes it clear that it is a criminal offense and not a mere behavioral issue without seriousness. “.