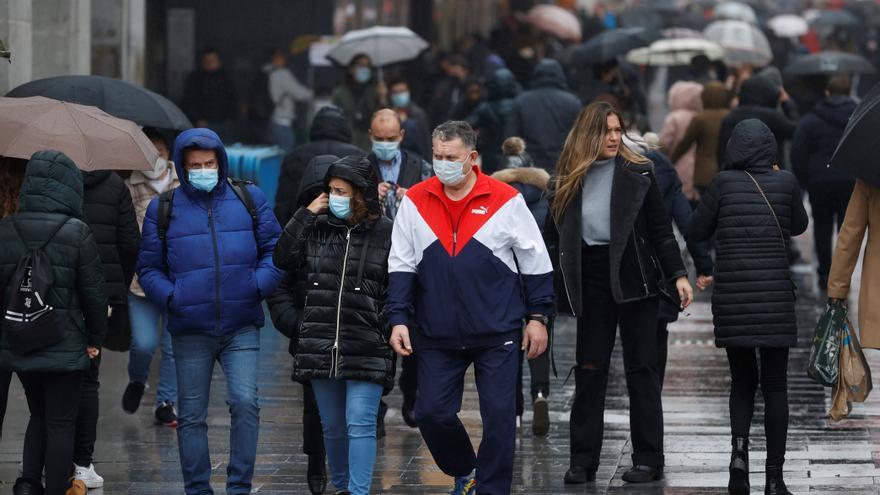 the pandemic of COVID-19 and the measures implemented to deal with the different waves of the virus have tested the seams of Spanish legislation. Recently, the Supreme Court has described the legal scenario as "certainly unique", its colleagues in the Constitutional Court has declared illegal the state of alarm used to impose restrictions, but judges have declared time and time again that measures such as curfews or limitations on gatherings were necessary and proportionate to combat the spread of the virus. In recent weeks this situation has materialized in the Supreme Court: the same court has endorsed restrictions imposed in the city of Valencia under the umbrella of health laws and has canceled the start-ups in the Balearic Islands during the validity of the second state of alarm.

The restrictions that came with the first state of alarm in March 2020 were modulated throughout the year: from strict home confinement and the partial paralysis of the country, to curfews, limitations in hotels, events and nightlife , the obligation to wear masks or the safety distance indoors. At a given moment, the restrictions were left in the hands of the autonomous communities and that is where the second dance began: some restrictions were imposed under the health laws of 1986 and others invoked the second state of alarm that the central government decreed and extended and that it was declared unconstitutional when it had already declined.

The declaration of unconstitutionality affected the main aspect of the second state of alarm: the ability to leave many of these measures in the hands of the autonomous communities. Once declared illegal by the Constitutional Court at the request of Vox, the consequences have been happening in the Supreme Court. The first time, a few days ago when the judges of the third chamber upheld an appeal by the Valencian lawyer Curro Nicolau and annulled the measures imposed by the Generalitat Valenciana in January 2021 covered in the second state of alarm. Measures such as a curfew or limitations on meetings of non-cohabitants.

In recent weeks, the same contentious-administrative section of the Supreme Court has examined more cases and has led the way: the restrictions imposed by autonomous communities under the umbrella of the second state of alarm do not pass the filter, since it has been declared unconstitutional , but those imposed under the umbrella of health laws are fully legal. It is the reasoning that has recently been developed by annulling various measures put in place by the Govern de Baleares de Francina Armengol on October 26, 2020, one day after the declaration of the second state of alarm. Decisions of the Balearic Government such as the curfew that it imposed or the limitation of meetings indoors.

This sentence, to which elDiario.es has had access, explains the matter clearly on a single page. The Government of the Balearic Islands, says the Supreme Court, "in a few words, lacked the competence to dictate them, in light of the STC 183/2021", that is to say, the Constitutional ruling that gave reason to Vox and annulled the second state of alarm and the powers that it gave to the autonomous communities. "This implies that such administrative acts suffer from a vice of incompetence," settles the court, which condemns to formal nullity these measures that have already been out of circulation for months.

The Supreme Court, in this ruling with Luis María Díez-Picazo as rapporteur, recognizes that the Constitutional Court has not questioned whether the measures were necessary and justified. "But the inescapable fact is that the designation of the delegated authorities was unconstitutional, which determines the invalidity of their actions due to incompetence," he says in a decision that rejects, yes, studying whether or not the specific measures violated the rights of the person who took the case to court.

The sentences of the Constitutional Court, recalls the Supreme Court, are binding. "We are all, thus, strictly obliged to draw the inevitable consequences of the declaration of unconstitutionality of a norm with the force of law", he concludes. But there are many restrictions that are very similar or exactly the same as those implemented at that time in the Balearic Islands that have passed the cut because they were based on a different legal framework. And that is why the same judges have also issued another ruling in recent days that gives the green light to very similar measures.

Two months before the Francina Armengol Executive imposed these measures in the Balearic Islands, the Valencian Government of Ximo Puig dictated its own in the middle of August 2020 to deal with the summer spike in cases after the first wave. Capacity of 60% in hotels, cultural events and nightclubs, mandatory closures at half past one in the morning, limitations to 15 people in meetings and restrictions in nursing homes. But in this case, the measures of the Ministry of Public Health came when there was no state of alarm and they were proposed in another way: public health laws.

The resolution published in the Official Gazette of the Generalitat Valenciana in August 2020, it explains in its first paragraphs that it relies on Law 3/1986 on public health and Law 14/1986 on health, among others, to implement these measures. They are the laws that, according to the Supreme Court for the first time in May 2021almost a year later, are sufficient to impose restrictions as long as they are justified, proportional and are not imposed indiscriminately throughout the territory without adapting to the health circumstances of each one.

It is something that the Supreme Court, the same section with José Luis Requero as rapporteur, has also reiterated a few days ago. The judges have rejected an appeal by the Valencian lawyer Curro Nicolau - the author of more than a dozen appeals on the pandemic - against this resolution of the Ministry and its successive extensions. "Outside the state of alarm", says the Supreme, the conjunction of these and other regulations "offers coverage to the Administrations to agree restrictive or limiting measures of fundamental rights to preserve public health in cases of pandemic, as long as they are suitable, necessary and proportional.

The sentence reiterates, as they have done several times in the last year, that "it must be justified that they are essential measures to safeguard public health." They say it in response to the lawyer Curro Nicolau who in recent weeks has managed to get the Supreme Court to consider an appeal for the first time and also with the support of the Prosecutor's Office: his is the appeal that has resulted in the sentence that has annulled other measures of the Executive of Ximo Puig, very similar to these but imposed under the second state of alarm with powers subsequently annulled by the Constitutional Court.

The room that annulled the Generalitat's measures covered by the state of alarm left it in writing in its sentence: "The scenario described is certainly unique." It is, argued the judges who have analyzed all the cases related to the sanitary restrictions of the pandemic, because the material content of the Valencian decree that they annul "is not only not unconstitutional but it is adequate, necessary and proportionate to deal with the extraordinary public health crisis that we are still suffering today. They are reasonable measures, the Supreme Court recalled: "Once the state of alarm has expired, we have said that they can be adopted by the competent health authorities if they offer the precise justification."

It is an idea that the Constitutional Court already slipped when it estimated the different resources of Vox and annulled the second state of alarm. "The measure adopted was adequate to deal with the pandemic situation and the evolution of the incidence it was having on the Spanish population," he said, for example, about the nightly curfew. "The measure was appropriate because it was suitable for fulfilling a legitimate purpose such as substantially reducing the mobility of the virus," he also added about the perimeter closures.

The censorship came when the magistrates examined the delegation that the Government of Pedro Sánchez made in the autonomous communities to take certain measures. In this way, the Constitutional Court ended up annulling a second state of alarm after doing the same with the first for suspending - and not only limiting - fundamental rights at the request of Vox, a party that had actively and passively requested the implementation of that same state of alarm.

In March 2020, Santiago Abascal boasted of having been the first to have demanded the measure that he would later annul with his appeal. "I was the first political leader who demanded a state of alarm," he said on the 25th of that month. "Better late than never", he had celebrated 11 days before when the Council of Ministers decreed the measure. Even when, two weeks later, Vox launched to accuse Sánchez and presented his own project of alternative alarm stateand Abascal was clear from the Congress rostrum: "We are in favor of Spaniards still staying in their homes. The media are going to say the opposite (...) Our proposal for an alternative state of alarm contemplates the confinement measure" , he assured then.