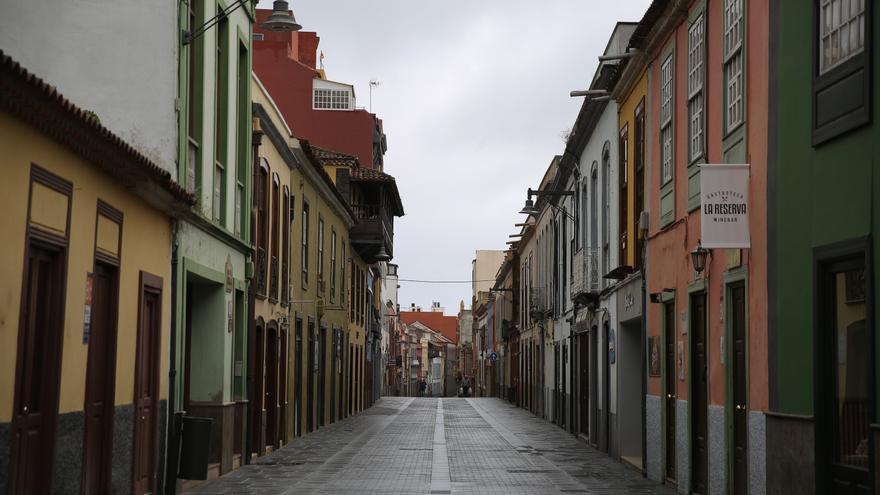 The unconstitutionality of the first state of alarm, decreed by the Constitutional Court after a Vox appeal, he is still kicking in court two years later. The Supreme Court has applied this annulment for the first time in a criminal case and has acquitted a Gandia resident of a crime of disobedience who in April 2020 refused to enter his house, as some police officers demanded. The judges of the criminal court, in the first case they study, understand that the police order was protected by the state of alarm and that, therefore, "it was manifestly opposed to the legal system." He had been sentenced to pay a fine of 1,200 euros for a crime of serious disobedience that had previously been endorsed by both a Gandía court and the Valencia Provincial Court.

The sentence, to which elDiario.es has had access, reveals that the events took place on Wednesday, April 1, 2020, a few minutes after seven in the afternoon in the district of Beniopa, in the Valencian town of Gandia. The policemen demanded that a neighbor enter his house due to the validity of the state of alarm, and had even already imposed an administrative sanction on him. Two hours later they found him in the same place smoking a cigarette and again he refused to enter the house: "I have the right to smoke a cigarette in the street, when I finish I'll leave." He was finally arrested for a crime of disobedience.

At that time, the first state of alarm was in force, launched two weeks before by the central executive to deal with the first wave of the COVID-19 pandemic, and in addition the authorities had paralyzed all non-essential activity in Spain. At that time, the law prevented the population from leaving their homes except for very specific activities such as buying food, going to the pharmacy or the doctor, going to work or caring for dependent people.

The first conviction for this Gandía resident, defended in the lawsuit by the Zapata Boluda office, came in October 2020: a fine of 1,200 euros for a crime of serious disobedience. The confirmation of the Provincial Court of Valencia was issued in January 2021 and the case headed to the second chamber of the Supreme Court. Along the way, when all the documentation and appeals had already been submitted, the Constitutional Court issued its own ruling on the normative scaffolding of the sentence: in july 2021 It upheld an appeal by the far-right Vox party and declared the essential points of the state of alarm unconstitutional.

That declaration of unconstitutionality, and the one that also affected to the second state of alarmhave had a domino effect in various legal areas: in the annulment of administrative sanctions imposed on people who failed to comply with any of the measures and has also resulted in the annulment of measures imposed by the regional health authorities to deal with the different waves of coronavirus relying on the state of alarm. Now, as elDiario.es has learned, it also serves to annul criminal convictions imposed on those who disobeyed the Police and refused to comply with the agents' orders.

The argument had not been put on the table by the appeal of the convicted person or by the challenge of the Prosecutor's Office, but it has been the judges of the second chamber who have decided to apply ex officio the unconstitutionality of the state of alarm. For the magistrates, it is "unavoidable" to take this into account and they establish that the order that this Gandía resident received "had no other normative support other than" a state of alarm that has been declared "expressly unconstitutional." The order of the police officers to enter the house out of obligation, say the judges, "was manifestly opposed to the legal system, insofar as it violated the aforementioned fundamental rights", which according to the Supreme Court makes the order "unlawful".

The result in this case is that the judges acquit the Gandía resident accused of disobeying the police for wanting to smoke a cigarette in the street, for which they withdraw the fine and the stain on his criminal record of a crime of serious disobedience. The proven facts are not modified, but the Supreme Court does add a paragraph to the account of what happened that afternoon: that article 7.1 of the Royal Decree of the first state of alarm has been declared unconstitutional by the Constitutional Court.

Annulment of fines and convictions

Sources from the Supreme Court explain to elDiario.es that this is the first case of these characteristics that they study: a conviction based on the state of alarm. The case would not have ended the same, for example, if in addition to being convicted of disobedience, he had also been convicted of assaulting officers or any other type of crime, which would have been punishable with or without a state of alarm in force. It is a ruling that, with Judge Leopoldo Puente as rapporteur, does open the way for territorial courts and tribunals to apply this same criterion in similar cases and acquit people accused or convicted of disobedience in this type of situation.

This is one more consequence derived from the declaration of unconstitutionality of the two states of alarm decreed by the Constitutional Court throughout 2021. The magistrates estimated in both cases the appeals raised by Vox and annulled the fundamental points of both regulations. In the case of the first state of alarm, the majority of the plenary session of the Constitutional Court understood that there had been a suspension of the rights of Spaniards and that, for that, the Government would have had to activate the state of emergency. In the second case, the greatest censorship was for the decision of the central executive to delegate a large number of health powers to the autonomous communities.

This is the first judgment of the Supreme Court by criminal means in application of this unconstitutionality, but other chambers have already done the same in recent months. The contentious-administrative chamber, for example, already various measures have been annulled launched by the Generalitat Valenciana or the Govern de Baleares based on the second state of alarm. However, as this newspaper explained, the judges have endorsed restrictions imposed in the city of Valencia under the 1986 health laws and not the different states of alarm.