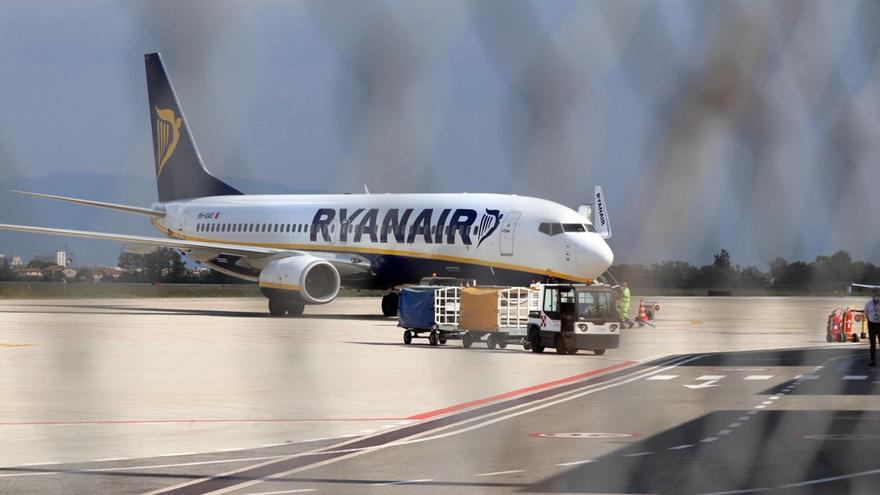 The Supreme Court enters fully this week in the fraudulent use that many companies made of the mechanism of the ERTE launched by the Government to deal with the economic devastation caused by the pandemic. The plenary session of the social room will analyze the ERTE of Ryanair and ArcelorMittal, which the National Court annulled for fraud of law, in addition to the massive dismissals of Zener Plus.

These are cases that affected more than 8,000 workers in which the judges have detected, for the moment, that the companies tried to make fraudulent use of the ERTE. In all three cases, as elDiario.es has been able to confirm, both the complaining unions and the Prosecutor’s Office have asked the Supreme Court to finalize the nullity of the three ERTE or collective dismissal processes, of the first studied by the court of the Social. The cases, due to their importance, have been brought to full session.

The first case to be analyzed by the plenary of the social will be that of the steel company ArcelorMittal, which in April 2020 tried to launch an ERTE for 8,207 workers in what the National Court defined as a “tortico” use of the mechanisms enabled by the Government to face the pandemic. Five unions appealed and all of them, together with the Prosecutor’s Office, have asked the Supreme Court to confirm the nullity.

The National Court was especially forceful in this case to declare the nullity of the ERTE for having presented itself as a labor group of companies and later to extract the numbers of the companies in losses to obtain the maximum benefit from the ERTE. “From the outset, such group failed to comply with the information and documentation duties,” said the National Court, reproaching the company that “surgically, when presenting the group’s economic situation, dispensing with the calculation of those companies that distribute profits , under the pretext that they consolidate accounts in a foreign group, with the evident intention of reducing the guarantees established in the ERTE that was already in force in the company “since 2009.

For the National High Court, ArcelorMittal used the ERTE regulations put in place to alleviate COVID “in a torturous way to evade compliance with the guarantees agreed with the RLT in the ERTE approved in June 2009 and in its successive extensions.” His procedure, the National High Court said, “is not adjusted to the most elementary parameters of good faith.”

The second case to be studied by the plenary session will be the ERTE of Ryanair declared fraudulent by the National Court in October of last year. The company raised an ERTE for 206 workers in the first weeks of the pandemic, alleging the effects of the virus as a cause of force majeure and its devastating effects on airline activity. But both the unions and the General Labor Directorate discovered a string of irregularities: they had not communicated it correctly to the unions and, in addition, they had fraudulently included more than 180 workers from the Canary Islands dismissed in an ERE annulled by the Justice.

The social judges will study the judgment of the National Court that declared it proven that Ryanair readmitted the workers only to be able to include them in the new ERTE. An “evident fraud of law” with which the airline “tries to avoid paying some processing wages” of the workers of the Canary Islands. Both the Prosecutor’s Office, the Union Sindical Obrera (USO) and the SITCPLA have asked the Supreme Court to reject Ryanair’s last resort.

The third case that will be studied this week by the plenary of the social is that of the company Zener, dedicated among other things to the maintenance of the telecommunication networks of companies such as More mobile and Vodafone. Last year he faced a total of 65 layoffs between temporary contracts, disciplinary firings and workers fired after the probationary period. The Superior Court of Justice of the Basque Country decided estimate a CCOO resource and declared each and every one of the dismissals null and void.

The judges annulled each of the three modalities that the company tried to use. On the one hand, the termination of six temporary contracts that, according to the TSJPV, was a “contradictory” measure with “the maintenance of the company’s activity” and that the company did not justify. They also annulled 34 disciplinary dismissals taking into account that the company itself agreed to pay compensation and finally another 25 arising from workers who did not pass the trial period.

This third case has also been appealed by the company and its nullity also has the approval of both the CCOO and the Public Ministry. Sources in the case tell elDiario.es that both the union and the Supreme Prosecutor’s Office have challenged the company’s arguments for the decision to be final. In total, 65 workers were dismissed out of the total 180 that the company had and the judges also reproached them for not having resorted to a collective dismissal process.

The ERTEs that the Supreme Court will study this week are by no means the only ones that have been considered fraudulent by the administration. As elDiario.es revealed in August, the Labor Inspection has detected fraud in one of every six ERTE on which it has placed the magnifying glass. There are, to date, a total of 5,459 offenses that have entailed penalties worth 26 million euros. Abuses that ranged from keeping the company active despite being mired in a suspension ERTE or working more hours than established.

The latest data from the Government reflect how the month of August closed its accounts with 272,190 people, the lowest number since the start of the pandemic. One in three people were suspended part-time.