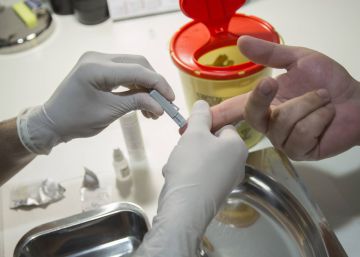 The Supreme Court has acquitted an HIV patient who infected his partner with the crime of injury, on the understanding that she was aware of his condition. Although there is no record that the man communicated at any time that he was a carrier, the court considers that there is evidence that shows that the complainant was aware of the situation, and therefore, by having agreed to have unprotected sex with him, the transmission of the Illness “cannot be worthy of criminal reproach.”

According to the ruling, the couple began their relationship in 2012. A year later, she was diagnosed with HIV. In 2014, the couple had a strong argument at the home they both shared in Madrid, which led the woman to file a complaint for assault. However, in the text that he presented to the authorities, he made no mention of the spread of the disease, despite the fact that he already knew that he was a carrier. It was three months after this fact that he decided to denounce his partner for the transmission of the disease. The case was brought before a court of violence against women and, subsequently, to the Provincial Court of Madrid. Both bodies acquitted the accused.

Now, the Supreme Court rejects the woman’s appeal, considering that her testimony “is not consistent with the rest of the tests that have been carried out.” In this sense, they take into account the statements of several witnesses. On the one hand, one of the couple’s friends, who reported that the entire neighborhood knew that the accused was a carrier of the virus, so “she should have known.”

The Chamber also considers relevant the statement of the accused’s sister, who stated that she had warned the complainant to “protect herself and take measures”, to which she replied that nothing was wrong. Although the sister admits that she did not indicate what she had to protect herself from, she considers that from the context of the conversation it was clear, adding that “when a girl talks to another girl about protecting herself, they implicitly understand each other.” In addition, the court notes that the complainant herself acknowledged that in the neighborhood where they lived and grew up, the man’s health status was discussed, although she clarified that when she asked him, he denied it. In addition, he acknowledged that several people specifically alerted him to such a circumstance.

On the other hand, the magistrates stress that both were consumers of high-risk narcotic substances, so it is “evident” that the complainant should be aware of the risk to which she was subjected, “not only with the practice of sexual intercourse but also by the mere fact of the consumption of narcotic substances of such entity ”.

In addition, according to a medical report presented during the trial, the defendant had “itchy penile lesions”, which worsened when he had sex. For the court, these are external evidences of the disease “that the complainant should have perceived”, especially considering that she herself had similar symptoms months later.

For all these reasons, the Supreme Court concludes that there is a “margin of doubt in favor of the accused” that is decisive for his acquittal. Precisely, this is one of the guarantees that incorporates the right to the presumption of innocence, since our law establishes that the guilt of the accused must be demonstrated beyond any reasonable doubt.

In 1822, the Penal Code punished the spread of diseases, considering it an infraction against public health. Specifically, article 378 condemned “those who introduce or spread contagious diseases or contagious effects, and those who break quarantines and sanitation cords, or evade the lazaretos”. In addition, in 1928 a specific provision was introduced that qualified the spread of venereal diseases as a crime against life, bodily integrity and the health of people.However, this precept was repealed in the 1995 reform, so the transmission of diseases or permanent health deterioration (such as the acquired immunodeficiency syndrome or AIDS) became a crime of injury, which broadly condemns all those behaviors or that impair a person’s bodily integrity, physical health or even mental health.