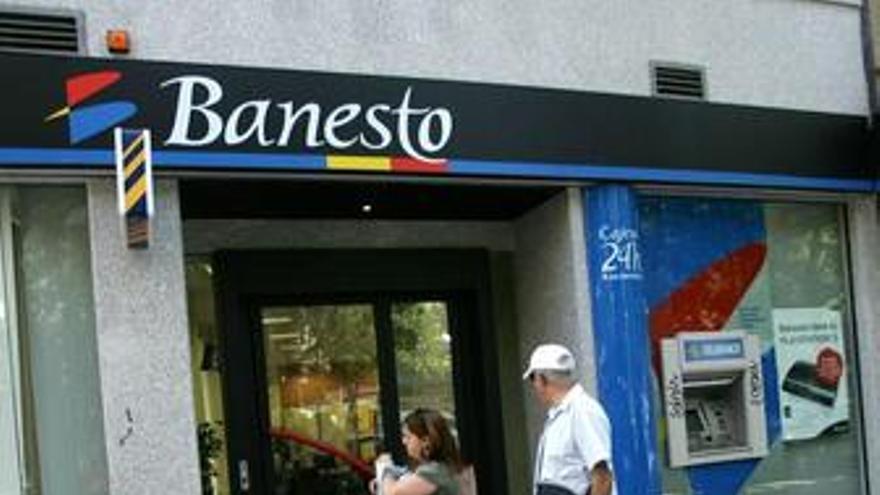 A former agent Banesto He will have to go to prison for defrauding twenty residents of the Valencian town of Llombai, including members of his own family. The supreme court has confirmed a six-year prison sentence for withdrawing almost 800,000 euros from the accounts of various clients and forging their signature to stamp it on checks between 2008 and 2010. Banco Santander, which absorbed Banesto years after the events, he is also sentenced to be responsible for part of the compensation as a subsidiary civil liability.

The defendant GCM, a lawyer by profession, was a financial agent and since 2008 operated the Banesto branch in Plaça de la Creu in the town of Llombai, with less than 3,000 inhabitants and just over 30 kilometers from Valencia. Many of his victims explained that they knew him from town, some assured that they had a friendly relationship with him and several of those affected were even his relatives.

According to the judges, the money began to disappear from the accounts of his victims shortly after opening the doors of the Banesto branch. In some cases they were charges of 500 euros and in some cases the broken far exceeded 100,000 euros. The money left the bank in cash and also in checks with documents in which the defendant forged the signature of his clients. A money that ended, above all, in the account that his company Finanlex - the same one with which the Banesto branch operated - had in the Cajamar entity.

Some affected were from his own family, others knew him and were friends with him and even swindled 90,000 euros from a 96-year-old woman, the mother of his partner in the law firm he ran at the time. "Don't worry, I'll give it back to you tomorrow," he said, for example, to some of his victims. In other cases, his strategy was to return small amounts that he had withdrawn from the accounts to convince customers that everything was going well and that they were not going to lose their money.

Before the courts, this former Banesto agent argued, unsuccessfully, that all these outflows of money from the accounts of his neighbors in Llombai were consented to and known by them: "They lent me the money to obtain high profits and I returned it when the borrowed money," he told the judges. The Supreme Court has just confirmed the sentence imposed on him by the Provincial Court of Valencia: six years in prison, a fine of 1,800 euros, disqualification from managing other people's property and the obligation to return to his victims the almost 800,000 euros that he kept in just three years of forged signatures.

The sentence, according to sources in the case, has not yet entered the execution phase but implies that he will have to go to prison to serve his sentence. The Supreme Court, with Andrés Palomo as rapporteur, also extends the subsidiary civil liability of Banco Santander, which will have to take care of almost all the compensation. The judges have no doubt that the defendant used the image of the bank and the resources available to him for his own benefit: "He used an apparent solvency provided by the fact of acting as director of said office labeled with the logo , furniture and other elements (paper, stamps, notebooks or cards) characteristic of Banesto", state the proven facts.

The Supreme Court has rejected the appeals of both the convicted former Banesto agent and Banco Santander, which was trying to lessen his economic conviction, and upholds the appeal of some affected parties who claimed that their compensation would also ultimately be paid by the entity and thus ensure payment. And the judges reveal that the Provincial Court of Valencia had very harsh words for Banesto's actions since the deception was discovered, which have been echoed in the process more than a decade later. They pointed, for example, to "the absolute lack of security filters that the bank should implement and that would have surely prevented the damage caused to those now affected and for which it must respond at least civilly."

The sentence reveals that, at the time, Banesto somehow managed to get those affected to sign some final balances that they have used to defend themselves. Some final balances that were signed, recalled the Court, by some clients "of advanced age and in various places, never in the Banesto agency" and when the accused "no longer had the legitimacy to carry out any type of commercial act on behalf of Banesto, since he had been fired due to the bank's intervention". Banesto, reproach the judges, "surprisingly, he asks an agent intervened and dismissed from his functions to obtain balance approval documents."

This attitude of Banesto, said the Audiencia de Valencia, "is as much as leaving the wolf in the care of the lambs, but beware, not of their own, but of the lambs of others". It is curious, he also says, "the execrable behavior of the company that must originally, at least, safeguard and redeem the interests of its clients, not its own, which was apparently what it tried in those moments prior to the termination of the agenda contract with the defendant".

The Supreme Court has no doubt that there is sufficient evidence to convict this Banesto agent. All the victims made it clear that they had not signed those checks and that the defendant even acknowledged what he had done. One of his affected relatives was returned part of the money by the mother of the convicted person. In any case, the objective that he sought by returning small amounts of money even before the opening of the judicial investigation was "to guarantee the impunity of the accused, deliveries to maintain the trust of the clients," says the Supreme Court.

This is not the first sentence handed down in Spain against a bank agent, who operates the entity's branches, for deceiving and defrauding clients, taking advantage of the trust they place in them, among other things, because many times they do not know the difference between a bank worker and an agent. Just like revealed elDiario.esa few months ago the Provincial Court of Madrid imposed 4 years in prison on a former Bankinter agent for defrauding 5.4 million euros from a dozen people who went to the branch on Madrid's Núñez de Balboa street.