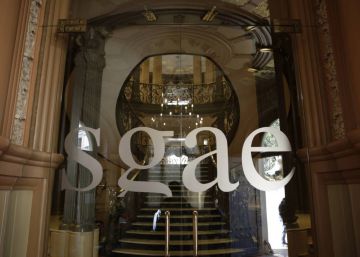 Like I didn't have enough problems with the ghosts of the present, the SGAE grow those of the past. The Supreme Court has revoked the appeal that the entity had raised to the agency against the judgment of the Provincial Court, of 2016, on the deals of 2014. The president of that time, José Luis Acosta, decided to transfer the vote of the General Assembly of partners the decision approved by the Board of Directors on the change of distribution of the night strip, commonly known as "the wheel". It was the first time that it was about curbing the excessive benefits of early morning music on television, establishing a cap of 15% of the cast, which sometimes became 70%.

Although it was not originally up to the General Assembly to vote on the decision, Acosta preferred that it was the partners who resolved the matter. However, those who have more benefits have more votes to decide, and in the Assembly the modification of the distributions did not obtain the necessary majority and was not ratified. At that time, José Luis Acosta decided to withdraw the competence of the highest body consulted and again raised the measure rejected by the Board of Directors to approve it. A serious mistake that will now have financial consequences for the entity.

According to SGAE sources, what was approved then and canceled now must be returned and the multinationals were more benefited than “the wheel”

The authors affected by the false movement of Acosta rebelled and lodged a complaint before the Court of First Instance number 82. In December 2015, the court issued the first sentence of the conflict and failed to dismiss the lawsuit of the authors of the SGAE. The victims who complained are all parties linked to “the wheel” of televisions: in addition to Telecinco and Atresmedia, 26 authors, including Teo Cardalda, José de Eusebio, Juan José Carmona, the Valderrama Diaz brothers, Virginia Gluk, Manuel Carrasco and former president José Ángel Hevia.

Now, the Supreme Court gives the reason to the Provincial Court and not to the Court of First Instance number 82 of Madrid, because it ensures that a subsequent agreement of the Board of Directors is not valid by approving what was not approved by the Assembly, highest body of the entity. It is a sentence that does not fail against what was approved by the Board of Directors of Acosta, but against the procedures followed by its then president.

The SGAE appealed to the Supreme Court because it considered that the judgment of the Provincial Court constituted a violation of the principle of self-organization. It was intended to delimit and restrict the scope of judicial control over associative decisions, but the Supreme Court has been categorical: it dismisses the appeal because the principle of self-organization "does not preserve judicial control of any decision" adopted by a governing body of an association. Judicial control is “when the management has departed from its own regulations”.

Thus, according to the estimates of the SGAE itself, there are 45,000 members of the entity affected and more than 100,000 musical works involved in the decision of the Supreme. The total amount of the cast to review could rise above 100 million euros. The entity must now recalculate the payments to make charges and payments of the deliveries committed since June 2014. According to sources consulted by the SGAE, the approved then canceled and now benefited the multinationals and penalized "the wheel." In this way, the large musical companies will have to return what they have received and the SGAE will transfer it to the musicians who worked the early morning strip on television.

At the moment, in the SGAE they are in full negotiations on how the charges and payments will be carried out, because executing it at once would mean the bankruptcy of some of the publishers benefited in the past by the modification of Acosta. In addition, the authors of "the wheel" would have to pay taxes so high that they are not interested either. The intention of Acosta to put a stick to "the wheel" will be very expensive to the SGAE for not following the procedure.