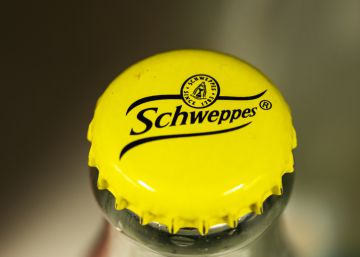 The Supreme Court has ruled for the first time in the conflict that, for years, confronts Schweppes Spain with dozens of distributors that have imported the tonic from the United Kingdom, where the brand is exploited by Coca-Cola. And he has done so, to a large extent, to blame Schweppes for a current business situation for two decades.

The high court has responded to an appeal filed by Schweppes to a previous ruling of the Provincial Court of Valencia, which gave the reason before the Valencian distributor Alcodis. This, dated in 2017, prohibited Alcodis from importing Schweppes products from the United Kingdom when it supposed a violation of the exclusive rights of the brand in Spain. However, he rejected Schweppes' claims to receive compensation.
The ruling of the Supreme Court, of October 23, rejects the appeal and, therefore, also exempts the defendant from paying compensation. Judge Ignacio Sancho Gargallo, rapporteur for the ruling, argues as a key point that Alcodis stopped importing and marketing products from the United Kingdom as soon as Schweppes Spain required it, which allows it to not appreciate guilt or negligence in the practice of offending

For this, the sentence explains that “those who had caused the division of the brand were those who had contributed to generate confusion regarding the ownership of the brands and the legitimacy for their use in different countries of the European economic environment, which prevents appreciating guilt or negligence in the respondent ”when placing orders to the United Kingdom.

That is, it presumes that Alcodis could not know that Schweppes is owned by Coca-Cola in the United Kingdom. Cadbury sold the rights to the Schweppes brand in 1998, the origin of the "confusion" mentioned in the ruling.

Sources of the defense of Schweppes show surprise before the interpretation of the Supreme one, that, in his opinion, contradicts dozens of previous sentences on intellectual property in which a compensation has been fixed without having to mediate fraud or negligence. They also remember that Article 43.5 of the Law on Trademarks, which states that "in any case and without the need for any evidence"; The owner of the infringed trademark is entitled to compensation for damages.
Faced with this, the Supreme Court says that "the claim for compensation has been dismissed because (…) it was essential that there had been a prior requirement to the offender and that he had disregarded it." From the defense of Schweppes they believe that this criterion cannot be extended to all cases of the same nature, but in those where no fault or negligence has been appreciated.

In his ruling, the Supreme Court does not enter the background of the legal offensive that Schweppes initiated in 2014 against distributors of the British-born tonic, so that jurisprudence is not created in that regard. Then, the importation could be profitable due to fluctuations between the price of the pound and the euro.

Schweppes has won 44 trials against many other distributors, in the Provincial Hearings of Barcelona, ​​Murcia, Oviedo, Valencia, Granada or Madrid, among others. In no case have they reached the Supreme Court, when the defendants' resources are inadmissible.