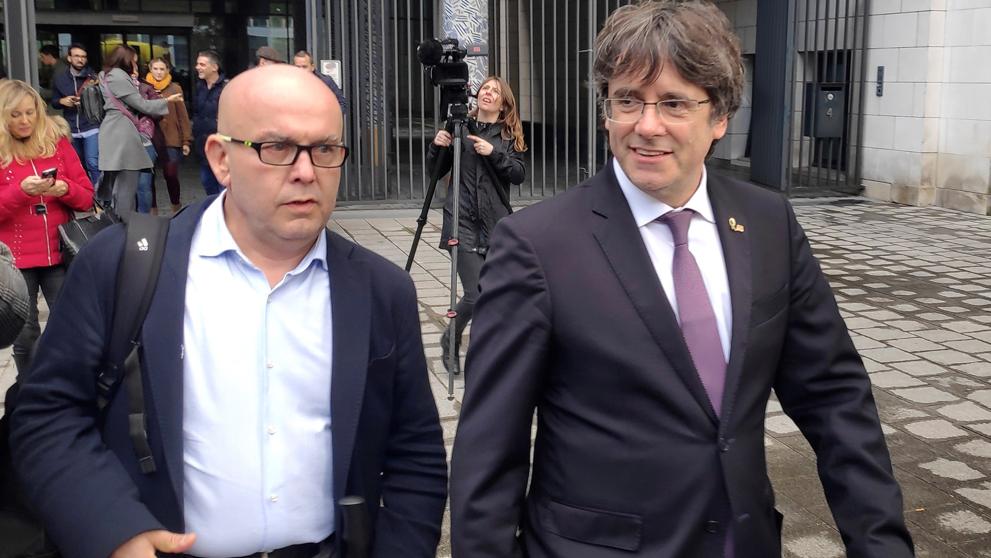 He Supreme Court (TS) has decided to cancel a fine of 3,000 euros that in a contentious way the lawyer of the expresident was imposed Puigdemont, Gonzalo Boye, withdrawing the accusation that he acted "in bad procedural faith" for having pretended that a meeting of the Central Electoral Board (JEC) out public. The episode occurred in the context of Puigdemont's attempts to prove himself as MEP no need to appear at the headquarters of said Board, after the European elections last May.

The decision favorable to Boye has been adopted by the Supreme Government Room, which corrects its Contentious Room, with the clear purpose of extreme guarantees of the right of defense, considering the sanction unjustified. The resolution implies that the complaint made against Boye before the Madrid Bar Association. The Supreme Court says that it has made a "weighting" between "the limitations on the exercise of fundamental rights" and "the legitimate purpose that is intended to be obtained". This goal is to achieve an effective "judicial protection", a purpose that must prevail even in cases that could involve an "instrumental and selfish use of the procedure." In other words, yes Puigdemont's defense, as an elected deputy, could be exceeded, he did so with a lawful and acceptable purpose.


Boye requested that the matter be resolved urgently

Puigdemont demanded that a meeting of the Electoral Board take place in public and upon receiving a negative response he appealed to the Supreme Litigation Chamber. The lawyer Boye, defender of the expresident, requested that it be resolved urgently on the issue, through very cautious measures.

The Contentious Chamber rejected these claims and also opened a file for Boye for acting "contrary to good procedural faith." The court noted that the rule does not establish that the sum of the minutes relating to voting must be public. And with respect to the letter of the lawyer of Puigdemont, he considered that “neither the slightest appearance of good law exists nor does it proceed to accede to the claim since no damage is evidenced by the non-presence of representatives and proxies of the candidates that could be in the previous calculations "

That first resolution, now appealed and annulled, affirmed that Boye's petition, on behalf of Puigdemont and JxCat, was reckless "lacking legal coverage." Consequently, he agreed “the opening of a separate piece for the imposition of a fine” of 3,000 euros, which is now definitively annulled.

Alonso will not be the PP candidate for the Basque elections