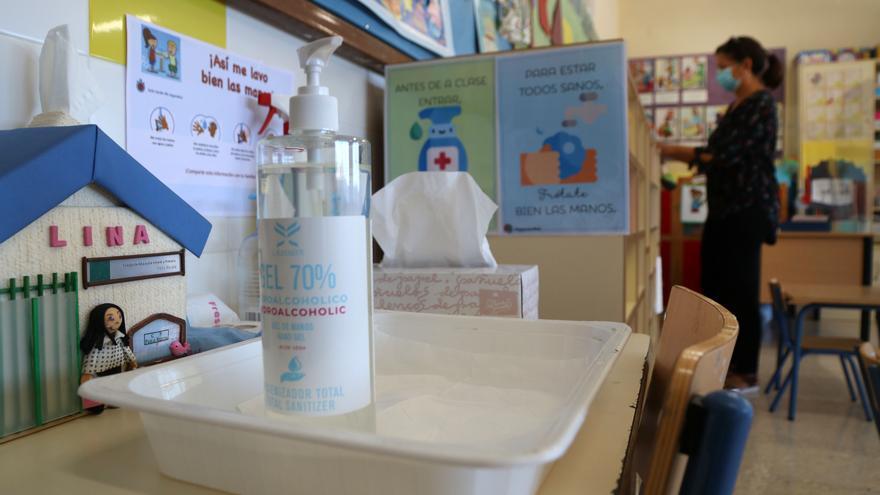 In 2020, Spain was one of the European Union countries that lost the least classes in a course marked by the COVID-19 pandemic, with almost all classrooms open. This was possible thanks to an additional investment of 8%, almost 300 euros per student, and to prioritize budgets to comply with protocols, the extension of digital education, and the guarantee of educational equality. These are some of the main conclusions that appear in the report of the Cole Seguro project, of the Political Watch and Plataforma de Infancia foundations, which also indicates some must, such as the right to rest for children due to not being able to use the courtyards regularly.

“The presence and generation of safe spaces during the pandemic has been a success,” said María Rodríguez, education specialist at the Children’s Platform, at the press conference in which they presented the study A school year crossed by the pandemic: Analysis of investment in education for adaptation to the COVID-19 context.

In total, the document confirms an additional investment of almost 8%, more than 3,500 million euros destined to the adaptation of the COVID-19 protocols (72%), especially in the hiring of teaching staff. Although also in guaranteeing digital education, necessary in times of telematic classes, and educational equality.

Most of these funds were contributed by the State, and almost 95% of these were executed, according to the document. Javier Pérez, director of Political Watch, has stressed that, despite being “very positive” news, they encountered obstacles when accessing the data.

In this sense, Pérez has recognized that “the scattered information makes it difficult to follow up”, since “almost half of the autonomous communities did not respond to requests to corroborate the data.” Likewise, the director considers transparency key: “What will happen when the European Recovery and Resilience Funds? “, he raises.

Despite the more positive results, the epidemiological situation has also made schools neglect some of the students’ rights, such as rest and well-being in childhood. In this sense, one out of every two boys and girls has had their right to rest at the center affected: 3% were unable to go out to the playground throughout the course, and almost half were only able to do so for a few days. According to the majority of families consulted, this can negatively impact the mental health and emotional well-being of children.

Regarding the parents’ assessment of the measures taken by the schools, three out of four consider that they have been respected, and more than half have considered it essential to reduce the number of students per classroom to guarantee quality educational. Likewise, about 70% believe that children have taken advantage of this pandemic course in a similar way or more than in other years.

The effort made by the autonomous communities to adapt the protocols varies. On average, the additional regional investment is equivalent to about 3% compared to the 2019 education budgets. But there are territorial differences: from the additional 0.25% in Castilla y León, to 5.5% in Castilla-La Stain.

Digital exclusion was already a pending challenge for schools before the pandemic. According to UNICEF data, this gap affected more than one million children in 2020.

However, the satisfaction of families regarding the quality of digital education during the months of 2021 has improved since January, although with differences according to the types of centers. Specifically, these inequalities can also be seen in the perception of the quality of digital education by families: 40% of those who went to private schools rated it as “excellent or good”, compared to 8% of those in schools. public. The report points out in this regard that one of the great tasks after the pandemic will be to “ensure the acquisition of digital skills in the most vulnerable groups.”

Regarding the funds, digital education has received 16%, destined mainly to the improvement of internet infrastructures, the acquisition of computer devices and training for the development of digital skills.

To guarantee equity in education, another of the great pending issues, according to the authors of the report, about 11% of the total funds were allocated, although one in three families considers that the efforts “are still not sufficient.”

In this sense, it is precisely the families with the lowest incomes that most believe that measures have not been taken to guarantee equal access to education for all boys and girls. Some of the equity measures most affected during the academic year were extracurricular activities: 80% of families say that they were suspended or reduced.

Most of the investment was destined to the reinforcement of the dining room, fundamental in cases of low-income households affected by the pandemic, but also to other measures such as transportation, educational needs programs and school reinforcement.

The document sheds light on the behavior of schools and educational institutions during one of the most difficult courses. Although they have concluded that schools were safe spaces, there is still a long way to go, especially in terms of administrative transparency, digitization and equality.

As Carles López, president of the Platform for Children, explains, the objective is “not to think about how to recover the situation before the pandemic, but to evolve towards a better educational system.”