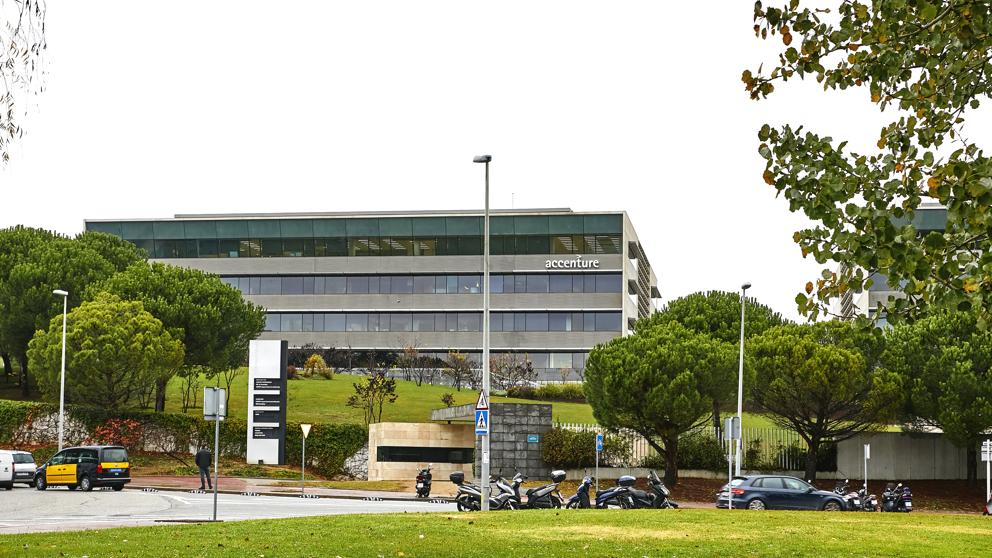 He 22 @ success, the technology district of Barcelona where 370,000 m are in projecttwoof offices that will be delivered in the next three years, runs the risk of cornering the periphery offices only towards a model low cost . Javier Bernades, office director of the consultantto Cushman & Wakefield, notes that Sant Cugat it is the most active market in the periphery and remember that “it is a success story, which has company headquarters Ibex as Banc Sabadell and Grifols and a world reference center as the headquarters of HP 3D printers. ” In his opinion, however, "he would have to take steps to reposition himself as a competitive market to regain headquarters of large companies."

Sant Cugat, which has a park of Offices 550,000 mtwo, it got to capture a third of the headquarters of companies that were building their own building before the crisis, but since then the interest has collapsed: at the end of the third quarter only 9,000 m have been rentedtwo, although the rents are about 13 euros / mtwo, less than half that paid in the best areas of Barcelona and far from the 17 euros it reached in 2008.

Bernades explains that the last buildings that were built on the periphery were designed before the crisis and went on the market in 2010. “These are properties that no longer fit what large companies want: sustainable buildings, with a different use of space that includes meeting and socialization areas, terraces and lots of green ”. In his opinion, “the concept of the workspace has changed: we used to do everything in one place and now there is a place to work, another to meet and another to talk on the phone. The new buildings already incorporate the new needs. ” In Sant Cugat there is now only a 6,000 m project underwaytwoin the Vollpalleres area, and another under study, which at best could be released in 2022, although the area has space to build 368,000 mtwoof offices. “The land owners would have to reactivate their projects, taking advantage of the rise in income from Barcelona continues, and is also arriving in Sant Cugat. And many companies are still looking for price. ”

Eduard Gascón, partner of TAC Arquitectes and professor at UPC, recalls that “Sant Cugat was until a few years ago the only option for a company that needed to build a headquarters of more than 10,000 mtwo. But now this can also be achieved in the 22 @. In addition, the Anglo-Saxon business park model, with offices in residential environments on the periphery has become outdated and now companies are moving towards flexible office models and want to return to the center. ”

New workers do not see advantages in the periphery. According to Bernades, “the building has now become a key element to attract skilled workers. Companies need to offer them a job that includes a value proposition, a good salary and an attractive space, for its technological equipment, for its design and for its location. And those workers want to go to work by bike, scooter or public transport. And they need to interact with other professionals in the sector, because innovation is now collaborative, ”he recalls.

Until October, only 9,000 m2 have been rented with 50% lower income than in Barcelona

The periphery offices also suffer because the Anglo-Saxon model was not implemented. “The idea in the United States was to place the offices next to the residential areas of the periphery and the shopping centers, in low-density land use environments, with horizontal buildings and large green areas,” says Gascón. "But here it is difficult to find land to make a project of this type and it is that mixture of uses, in an urban environment, precisely the basis of the success of 22 @," he adds.

Bernades explains that in a urban environment a similar concept has been the success of the WTC Almeda Park, Cornellà. “It is a business park, with enough buildings to have a critical mass to have communities and services, as well as good metro access. That is why he has always had higher incomes. ” The WTC, with a very high occupancy, houses the headquarters of companies such as Axa, Securitas or Pepsico.

In Sant Cugat "consensus has been lacking to be managed as a single park," Bernades acknowledges. “In many places gardening has taken little care. And the interpolar route, for example, which had to articulate one of the most consolidated areas, has been reduced to a road with parking, ”says Gascón. The architects' choice is to give life to the buildings inside each plot, taking advantage of the fact that in Sant Cugat the land is more affordable. “In the Sant complex
Joan Nord, who designed there for Colonial, created three buildings, surrounded by a garden and a central outdoor patio with the idea of ​​concentrating the building activity. If a company forces workers to give up the advantages of centrality, they should be able to offer the advantages of working in a natural environment, ”he reflects.

Airlines close routes in Spain due to the Boeing crisis