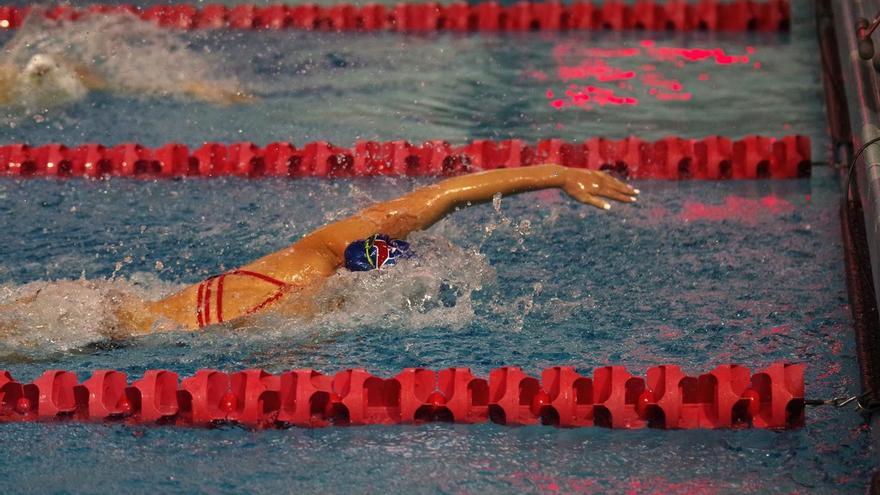 The dominance in the water of the American swimmer Lia Thomas has once again put the focus on the participation of trans women in sport. At 22 years old, the athlete competes in the female category of the University of Pennsylvania after beginning her gender transition and doing so until 2019 in the male category. He was absent during the 2020-2021 season to lower his testosterone level and comply with the established rules, but the records he has broken on his return to the swimming pools have ignited the debate: for some, the balance must tip to the right to compete with trans women while there are those who assume that they will have a physical advantage over the rest and could compromise the fair competition of women's sport.

The controversy is not new. The Tokyo Olympics They also brought it with them last summer with the participation in weightlifting of Laurel Hubbard, the first trans athlete to compete in the event and who withdrew after failing the first three attempts. But the case of Lia, a native of Austin (Texas) has caused a huge stir and has led a group of families of other swimmers to write a letter to the United States University Sports Association (NCAA) in which they brand the situation of "direct threat" to female athletes.

Throughout history, sports authorities have used different techniques to "verify the sex" of athletes, some especially humiliating, such as the obligation to pose naked for a visual examination. The latest regulation of the International Olympic Committee (IOC), of 2015, established that to participate in women's categories, women must meet a maximum level of testosterone of 10 nanomoles per liter in blood, but has given the federations freedom to decide. In practice, the inclusion of trans women is regulated based on what they stipulate in their regulations. World Rugby, for example, has outright banned them from competing. However, there are voices that demand that these rules disappear as they are considered discriminatory and others that ask to tighten them even more.

"It is about accommodating two values: that female athletes can compete in a category of their gender and at the same time guarantee sporting integrity. There are those who compare it to the testosterone-based doping of women, which occurred on a large scale in the Democratic Republic of Germany because it made them achieve much better results, "says Maite Nadal, an expert lawyer in sports law and referee of the Spanish Court of Arbitration for Sports. On establishing a cap on testosterone levels, the partner of Laffer Abogados admits that "the integrity and privacy of athletes is compromised", but "we have no other way to make competitions be played on an equal footing".

Víctor Granado, president of the Iberian LGTBI + Sports Group (ADI), qualifies as "transphobic prejudice" to assume that trans women always have a competitive advantage and recalls that the IOC has admitted that "there is no scientific consensus on how testosterone influences the performance "and has recommended to the federations that it is not the only criterion:" Sport is built on two bases: the absolute superiority of male bodies over female bodies and binaryism, so all the regulations that we are going to find are based on in this double thesis. In many cases, a layer of scientificity is given to decisions that are political ", he defends.

Regarding the specific case of Lia Thomas, Granado points out that the swimmer meets the testosterone levels required by the NCAA, after a year of hormonal treatment that she has extended to two and a half. "What happens is that as you win it is understood that you have to keep reducing your levels until you win. Trans people are always suspected of cheating when they win, and when they comply with the regulations, instead of thinking that in sport professional there are exceptional people in themselves, they think that something is wrong. But nobody considers this in cases like Michael Phelps or Indurain and their enormous lung capacity and low heart rate ", adds the president of ADI.

"It is complex, but far from over, this is only just beginning," summarizes María José Martínez Patiño, a former athlete who in the 1980s was removed from the tracks after meeting in one of the "sex verification" tests that she carried XY chromosomes. Today a researcher at the University of Vigo and advisor to the International Olympic Committee, Patiño believes that Lia's case may constitute a turning point and open the door to stricter regulations. "Although hormonal levels decrease, it is difficult to think that the sports level has dropped to the level of a woman in this time. Muscle memory is very important, the previous baggage that has been before the transition and that will remain and grant advantage, "he says.

The researcher defends analyzing "case by case" and assures that one like that of the successful swimmer is not the same as that of other trans athletes "who have not had a previous very high-level background or consolidated brands." "Perhaps in these situations they cannot participate in tests of female categories; it does not mean that we are against trans women being able to participate, but we must legislate for everyone. Many injustices have been committed throughout history, but progress has been made in the last decade. The door is open, but perhaps not in all conditions it is possible to cross ", adds the ex-athlete.

All the voices consulted agree that there are many factors that can influence sports performance and that it is yet to be determined in what proportion and to what extent each of them conditions. "The laws are in continuous evolution," acknowledges Patiño. "Within what we understand by performance there are many variables. Here is a person with an exceptional performance. Bringing him down to his puberty is to simplify the problem to stigmatize and regulate in an even more restrictive way. It seems that there will only be satisfaction when he leaves the sport or Stop winning. Is it fair that trans women can never win? "asks Granado.

Former trans athlete Joanna Harper, co-author of the IOC Guidelines for Trans Athletes, admits that "Lia has advantages over cis women in swimming": "First, height is an advantage in swimming and Lia is very tall. Second, trans women do not they will lose all the strength they gain during male-type puberty after hormone therapy, and this will be to her advantage as well. " However, she believes that the rules adopted by the NCAA, which the swimmer follows, "have struck a balance."

Beyond the discussion about the relevance of having limits, the opinion of the clinical physicist at Providence Portland Medical Center, in Oregon, shows that in recent times, in which the debate has intensified, there is also no consensus among those who bet by rules that restrict participation, as is your case. She defends the importance of "protecting" the female categories by making trans women reduce their testosterone level forcibly because sport is part of "women's path to equality", but regrets that "there are opponents of trans inclusion who are they seize on some high-profile cases to convince the public that allowing trans women to compete in sports is a bad idea. "

For his part, Patiño points out that "science and high competition sports must be governed by certain parameters" and calls "to listen to everyone and be prudent and careful." "Undoubtedly in the case of Lia Thomas, muscle memory influences and gives her an advantage over the others, and it is something that does not disappear due to the fact that her hormonal level has decreased". Moreover, the former athlete considers, "it could even harm other trans women because she has developed her sports career as a man at a high level and it is not the same, each case is different."

In practice, the regulations have not only affected trans women. The most notorious case has been that of the South African athlete Caster Semenya, known for its athletic superiority and for producing three times more testosterone than the average of other women. The athlete maintains a pulse with the International Athletics Federation, which prevented her from participating in the Tokyo Games and has been excluded from competitions because she considers that her dominance on the track responds to her testosterone levels. The condition for competing is that he takes drugs to reduce the hormone in his body, something he refuses to do.

Along with her, other African athletes were also informed by the federation that they could not participate in Tokyo if they did not medically lower their testosterone level. Something that also happened in 2010 to the Indian sprinter Dutee Chand. However, they are not trans; they are intersex women (those born with biological characteristics that do not fit with typical male-female binary notions) who have been subjected to public scrutiny and removed from competition. Now Semenya is waiting for the European Court of Human Rights to rule on her case, while the United Nations has indicated that forcing her to take medication is discriminatory and violates human rights.