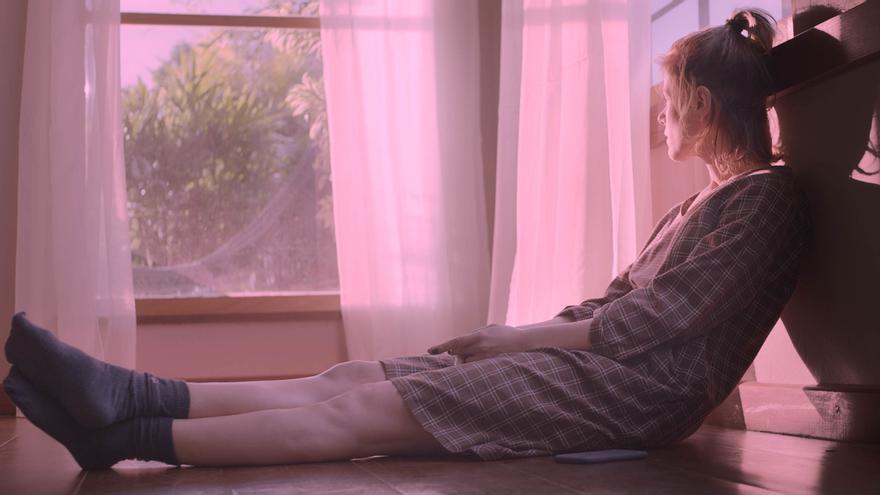 Los Angeles (USA) Feb 2 (EFE) .- If there is a film that has perplexed the public at the Sundance Festival, it is undoubtedly “The Pink Cloud”. A film shot in 2019, when the coronavirus was not even in the imagination, which perfectly describes the aftermath of a harsh confinement due to a climate threat.

“They call me a prophet,” jokes its director, Iuli Gerbase. Although he wrote the script in 2017 and filming was completed in 2019, his film encapsulates in an hour and a half of subtle science fiction many of the feelings that the population has faced due to the lack of social life, the absence of certainties and restrictions on freedom.

Gerbase, a Brazilian filmmaker, imagined the arrival of a pink cloud composed of a toxic gas that is capable of killing in just seconds and that forces citizens from all over the world to confine themselves to their homes, with whoever they are that day, to avoid go outside. But the situation dragged on longer than expected.

The idea sounds so timely that the director insists the film was practically finished before the pandemic began. This is attested by the Sundance Festival itself and the producers of the film.

“Any resemblance to the present is pure coincidence”, reads a slogan printed on the poster that is repeated at the beginning of the projection.

“The Pink Cloud” follows a couple, Yago and Giovana, who have just met and who after spending a night together receive the alert from the authorities to close all the windows. Other people are caught by the threat in the supermarket, in a meeting with friends or in the middle of a visit from their nurse.

But instead of telling a horror story with apocalyptic overtones, Gerbase constructs a minimalist reflection of the mental challenges faced by its protagonists.

“I did not want to do something apocalyptic. At the beginning of the story the protagonists are guaranteed the supply of food and necessities, it is a psychological exploration”, defines the director in a talk with Efe.

While Iago adjusts to the circumstances with a resounding docility, Giovana is reluctant to acknowledge her new reality. The couple, created by force of circumstances, balances the two sides of the same coin: indignation and resignation.

“I am happy to read reviews that see more things in the plot, in addition to its similarity to the coronavirus,” he explains.

The pretty and destructive pink cloud can be unbelievable (the air would leak through the cracks in the windows) or implausible (years go by and there is no way to understand it), although the plot escapes these inconsistencies by reducing the threat to a simple excuse . It serves as a background on which to deploy the human response to the unexpected.

The “enemy” is open to a thousand interpretations, which far from being a virus or a consequence of the climate crisis (as some of its viewers have pointed out), simply reflects “the oppressions to which the human being is subjected.”

For example, Giovana seeks to reconnect with the identity she has lost after forming a family to which she is not sure she wants to belong, while her partner assumes the masculine stereotype of father and controlling husband to raise a self-esteem lost due to lack of control.

There is something prophetic about the Gerbase film: common problems accelerated by circumstances that develop between endless video calls, the madness of social networks and outbreaks of indolence or rebellion that mobilize human beings.

The filmmaker hopes that the film will soon be commercially distributed while preparing another science fiction story that repeats the same formula of terror, manners and simplicity that “The Pink Cloud” wastes.