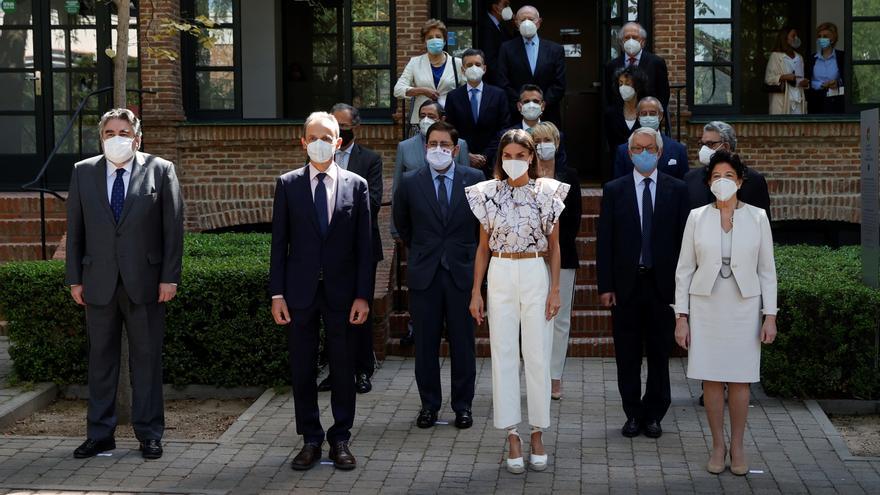 Madrid, Jun 25 (EFE) .- Queen Letizia chaired this Friday the meeting of the Board of Trustees of the Student Residence, where the main projects for the next fiscal year have been exposed, among which the commemoration of the centenary of the arrival at the cultural center of the painter Salvador Dalí.

The meeting took place at the headquarters of the Student Residence in Madrid, where the queen was accompanied by the Minister of Education, Isabel Celaá; that of Culture and Sports, José Manuel Rodríguez Uribes, and that of Science, Pedro Duque.

Founded in 1910 as a branch of the renovating ideas of the Free Institution of Education of Francisco Giner de los Ríos, the Residencia de Estudiantes is a private foundation belonging to the Higher Council for Scientific Research (CSIC).

At the meeting of the highest governing body, the report on activities for 2020 and the lines of action for next year have been approved, reports the Student Residence in a statement.

In 2022, the centenary of Dalí’s arrival at the Residence is commemorated, where he coincided with the poet Federico García Lorca.

The cultural center will dedicate special attention to this anniversary within the framework of studies on the intellectual and scientific history of the Silver Age.

Other objectives for the next academic year will be the digital renewal and internationalization of its activity through initiatives on the future of European integration or cultural exchanges between European countries.

The direction of the cultural institution, headed by Alicia Gómez-Navarro, has also reported on the actions carried out last year, which was marked by the pandemic.

The confinement led the Student Residence to make a large part of its documentary and activity collections available to the public on the internet as a way to contribute to culture, science and education.