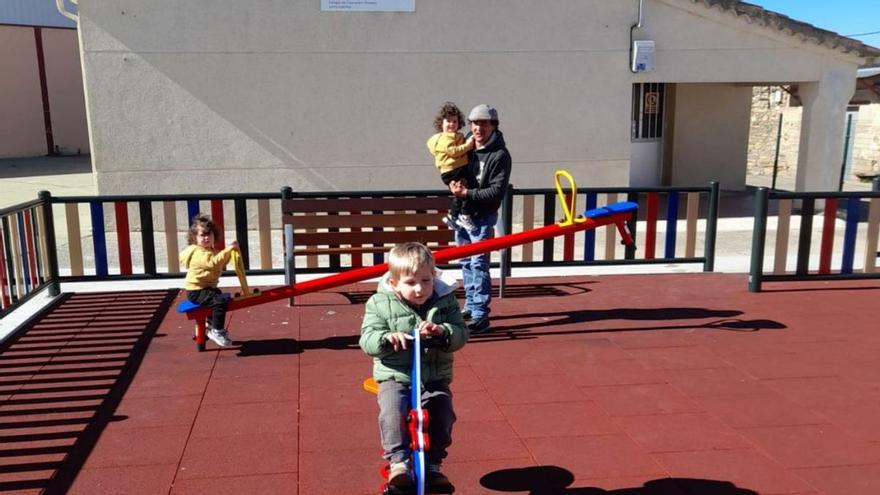 A green shoot emerges on the gloomy horizon that is so often drawn on the Rural Zamora.

Five years after its closure for lack of children, the Pereruela de Sayago school will open its doors in September 2022. Zahira, Noa, Isaac, Nahira, Lavinia and Pelayo will carry out the feat of recovering the school and bringing life back to one of its classrooms. Madres and Ayuntamiento have joined forces and the ending is happy.

The battle undertaken by a group of mothers, and supported by the City Council of Pereruela de Sayagohas borne its fruits and the Provincial Directorate of Education confirm the reopening of the public school. Six boys and girls are the engines of this formidable news in terms of the future.

For years it has been incessant trickle of towns that, deprived of children and with all the pain, close their public service dearest. Few are the cases that reverse this trend. In Zamora, the closest precedent was experienced in Arrabalde, where the school was reopened in 2020, four years after its sad closure.

the value of a mother

Now it is Pereruela and her six schoolchildren-miracle those who will make history with him college renaissance. This same Wednesday received the happy confirmation the mayor of the town, Jesús Carnero, by mouth of the provincial director of Education. As well Alba Suárez, the mother who promoted the initiative and got the support of the majority of the mothers and fathers of school-age children who live in the village.

"Having children of school age, it was a pity that we had to take them to Zamora," says Alba Suárez. This is currently the case with three schoolchildren, who travel to the capital every day, either in the transport authorized by the Board or with their families.

The decision of the Ministry of Education will allow the next course to go to the school in Pereruela. The forecast is that the classroom will start with six boys and girls, three who start their school stage at 3 years old, another two 4 years old and a 6-year-old girl. “From Education they have guaranteed us that our children will have all the endowments as if they were in any school in Zamora” assures the mother.

When Alba raised the battle for the recovery of the school in the town, she knew that it was not easy. "They told me that with three students the centers were kept open and here we met the conditions." The next step was to contact the mothers and fathers of the rest of the children who were mostly in favor of rural schooling.

All of them have signed a letter in which they commit to maintaining their children's schooling at the future school in Pereruela. And the mayor, and the municipal corporation as a whole fully support the reopening of the classroom. Adaptation works will have to be carried out in a space that was destined for a library and now the City Council will enable schoolchildren to return.

Fiber optics and other works

Fiber optics will be installed, bathroom area, office for the director, space for support classes, if necessary, in addition to the classroom for ordinary classes. "On behalf of the City Council we will make the adaptations indicated by Education" confirms the mayor, who since the center was closed has never lost hope of seeing it open again.

After the closure of the school in this Sayagués municipality, in September 2017, Education processed the disaffection of the building to transform it into a property for neighborhood use. It is the destination of many rural schools, once full of children. Fortunately, Pereruela recovers a public service that was closed in June 2017.

A part of the facilities of the old cSanta Eufemia School of Infant and Primary Education they were used as a wake and in the other a municipal library was planned, although in recent years it has had other uses such as that of an electoral college in the last regional elections. "We put the idea of ​​the library on hold for a bit, trusting that the school could reopen," explains the Mayor of Pereruela, Jesús Carnero.

The story writes a happy ending, because behind an open school there is dynamism and expectations. “It is transit for the people and it can favor the settlement of the population because with the school open there will be families that stay” defends Alba Suárez.

The municipality of Pereruela It is formed, in addition to the head, by the towns of Clay, La Cernecina, Malillos, Sobradillo, Sogo, San Román, La Tuda, Puebla and Las Enillas. The boys and girls of all those towns, if any, have school again.