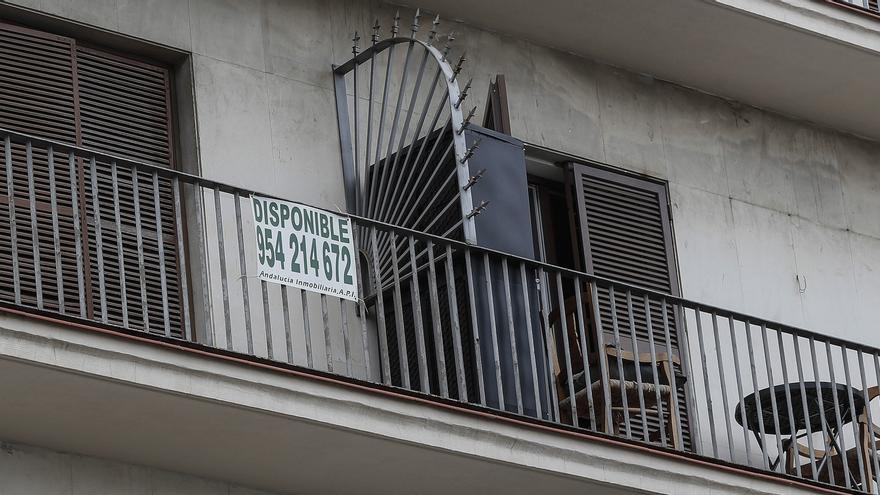 The last financial crisis came with a strong household debt problem after years of a real estate boom that ended in a bubble. The strong mortgage debt that the Spanish dragged on has been reduced practically uninterruptedly for more than a decade, as more mortgages were amortized than new ones were signed. Until 2021. The amount owed by owners for their homes, the largest source of debt for families, has stopped decreasing and has grown again. In addition, it does so at a pace that has not been seen for more than a decade.

Last December, data from the Bank of Spain pointed to the lowest record of household mortgage debt. It was 487,000 million euros. Since then, there have been two consecutive quarters in which the total amount owed to the banks has increased. At the end of the first half of this year, the figure increased to 491,000 million. It is, in fact, the level that was in March 2020, when the health crisis broke out. However, beyond the magnitude of the increase, it represents a change in trend to the evolution that the mortgage market had had since the last crisis, with the loss of household debt.

In the statistics collected by the Bank of Spain, the highest level had been reached in 2011. It was then that it surpassed the barrier of 630,000 million euros, a record high. Since then it had been declining, with few exceptional quarters in which it increased. The adjustment reached 30%, reducing the financial burden on households and, among other issues, allowing households to cope with a situation such as the one caused by the health crisis with greater relief.

Now the tables have turned. The confinement of last year caused a brake in the formalization of mortgages, although since the economy began to rise, the data have not stopped showing continued growth. INE statistics, updated until July of this year, show that in the first seven months of the academic year, mortgages worth 32,000 million euros have been formalized. It is the highest figure in Spain since 2010. In fact, despite the brake on confinement, the 2020 record was already very similar to the one reached in 2019, showing the resistance that this business had had for banks.

With this accelerated growth in the formalization of new mortgages, the debt of households for the acquisition of housing has turned the records and is already showing positive, accumulating three quarters of growth. Between January and June, latest data from the Bank of Spain, the outstanding balance – as the amount that households still have to repay on their loans is known – has grown by almost 3,500 million euros. In relative values, the half-yearly increase is 0.7%, which, although it may seem small, is the highest value achieved since the first half of 2010 and the second highest value since the end of 2008.

The data contrasts with those of previous semesters, especially with those in which the rate of debt reduction was higher, such as in 2014 and 2015, when households reduced the total amount that was paid by almost 31,000 million euros in just 12 months. owed to the bank for the acquisition of houses.

This course and the end of the past are being the boom in the mortgage business in Spain, the main one for banking within its range of services, after years of sleep due to the last financial crisis. Between January and July, 236,475 mortgages have been signed in Spain, according to INE data. Again, you have to go back to 2011 to find a higher record in that same period. If compared to the year prior to the pandemic, almost 5% more mortgages have been signed, but for a combined amount that is around 15% growth. In other words, more and higher mortgages.

After the pandemic, in addition to accelerating the rate of granting of mortgages and their amount, some structural changes in this business that already seem established have become more evident. The health crisis forced to maintain negative interest rates for much longer than initially expected. Thus, banks stopped betting on variable rate mortgages, which until a few years ago accounted for practically all contracts, and have focused on fixed rate mortgages. The former accounted for only 32% of the mortgages granted in September, the lowest level ever reached before. Fixed rates are already 68%. Five years ago, those percentages were the other way around.

In addition, due to the aforementioned negative interest rates and the war that banks have opened for fixed-rate mortgages, the interest applied to new mortgages has not stopped falling and, although with fluctuations from month to month, it is situated at the historical lows of the INE statistics. In the latest data, from July, mortgages were closed on average at 2.5%, being cheaper in the case of the variable, at 2.19%, and somewhat more expensive at a fixed rate, with 2.72% .

Spanish households have not only stopped reducing their debts in terms of mortgage loans. Those linked to consumption are also increasing the liabilities of families, as shown in the aforementioned statistics of the Bank of Spain, although this phenomenon has been appreciating since before the pandemic. The debt for this type of loans with which the purchase of goods such as vehicles or appliances is financed reached 93.3 billion euros in July, recovering the path that was reached at the end of 2019 and that was truncated with the pandemic. To put it in perspective, it is the second largest debt figure for this concept since 2009.

Altogether, Spanish households owe banks a little more than 648,000 million euros. The data is around the one that existed two years ago and is still much lower than the one that came to be in Spain after the last financial crisis, when it exceeded 820,000 million. However, the trend shows that the reduction of household debt, at least for the moment, is over.