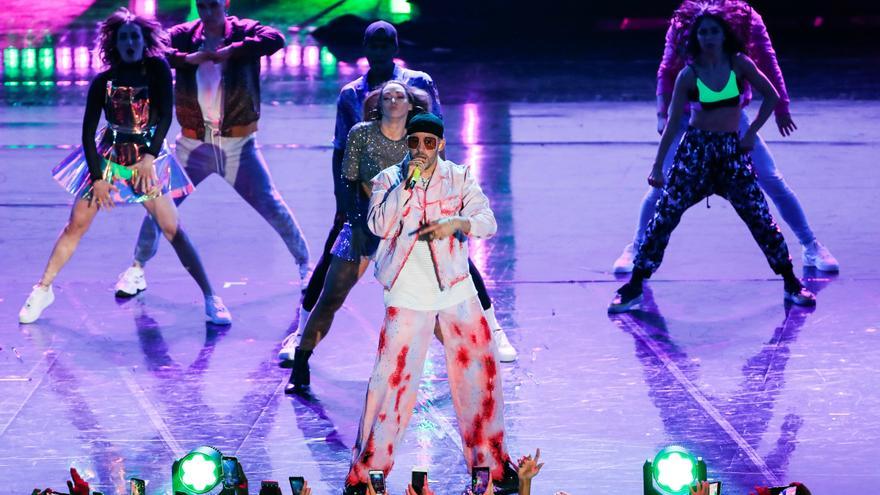 Madrid, Jan 26 (EFE) .- The logical increase in music listening through “streaming” systems in 2020, the year of the tightest confinement due to the covid-19 pandemic and the closure of physical stores for several weeks, turned “YHLQMDLG” by Bad Bunny in the most successful album in Spain over the past year.

Promusicae, the association of music publishers that represents 95% of the national market, accredits it as number 1 of its recently published annual “Top 100 Albums” list, which brings together both reproductions and physical sales, and places it ahead of “In your plans” by David Bisbal or “Vertigo” by Pablo Alborán, this in a creditable third place, since it was published in December.

Bad Bunny, who published two other albums in 2020, thus becomes the first Latin artist to achieve that place of honor so far in the 21st century and the first foreign artist to achieve it in at least the last decade, in a market traditionally monopolized by national figures.

And it was not a rarity, since the also Puerto Rican Anuel AA was placed in fourth place with “Emmanuel” and the Colombian J Balvin in fifth with “Colores”.

They completed the “top 10”, in this order: “Whatever I feel like” by Dani Martín, “La cruz del mapa” by Manuel Carrasco (actually published in 2018), “Prisma” by Beret, the tribute album to Joaquín Sabina “Neither so young nor so old” and, in closing, “Fine Line” by Harry Styles, the only one in English.

Antonio Orozco’s “Aviónica” was eleventh, followed by “El dazar de las mariposas” by El Barrio, “Letter To You” by Bruce Springsteen, “Sietetimes si” by Vanesa Martín, “Spoiler” by Aitana (with an album of 2019), “Future Nostalgia” by Dua Lipa, “ENOC” by Ozuna and “11 reasons”, again by Aitana.

MANY MORE REPRODUCTIONS AND VINYL SALE.

The surprise of Latin composers and performers, who are among the most followed by young listeners, is one of the direct consequences of the growing force of “streaming” in music in Spain, which has experienced a sustained increase since 2014 and in 2020 saw again how this type of listening was triggered.

In fact, as Promusicae has also communicated, it was the first time that 50,000 million views were exceeded in a year, the volume of listeners skyrocketing by 27%, both in the free mode (33%) and in the paid mode ( 23%), and that the first section of the confinements produced a general decrease of 11% (in favor of television consumption).

For that reason, the predominance of the urban and Latin style that was already a reality in previous years in the song list was repeated in 2020. “Tusa” by Karol G and Nicki Minaj was the most successful single with the certification of 8 platinum albums, seven of them harvested in 2020. Behind, “Se iluminaba” by Fred de Palma and Ana Mena and “Blinding Lights” from The Weeknd.

In the absence of knowing the absolute business figures, which will be released in spring, it has been reported that the sale of vinyl increased “23 percent” compared to 2019, exceeding 700,000 units shipped, despite the fact that stores were closed for several weeks due to the pandemic.

Moreover, according to Promusicae, they already represent 1 in 5 discs sold in physical format in the country, so Promusicae will begin to publish a list dedicated only to their consumption from this Tuesday, January 26.