On March 2, 1960 (Wednesday), on the fifth page of the Gijon newspaper "Voluntad" two notices were inserted, regarding the death, "in Gijon, at twelve o'clock on March 1, 1960, at ninety years of age ", by José Valle Armesto, "Chairman of the Board of Directors of SA José Valle Armesto".

There was a time when fishing boats left the Gijonese shipyards that later fished in the Cantabrian Sea and other waters and their catches ended up in the many local canning industries, where the fish was prepared in cans that were manufactured and metallized in local companies such as Artistic Lithography Moré, in whose "tin workshop tins for butter, sausages, oils and all kinds of preserves are made, cans for coffee, saffron and sweets and boxes for chocolate and cookies. This is one of the most worth visiting establishments in Gijón" ("The Northwest", August 15, 1897). 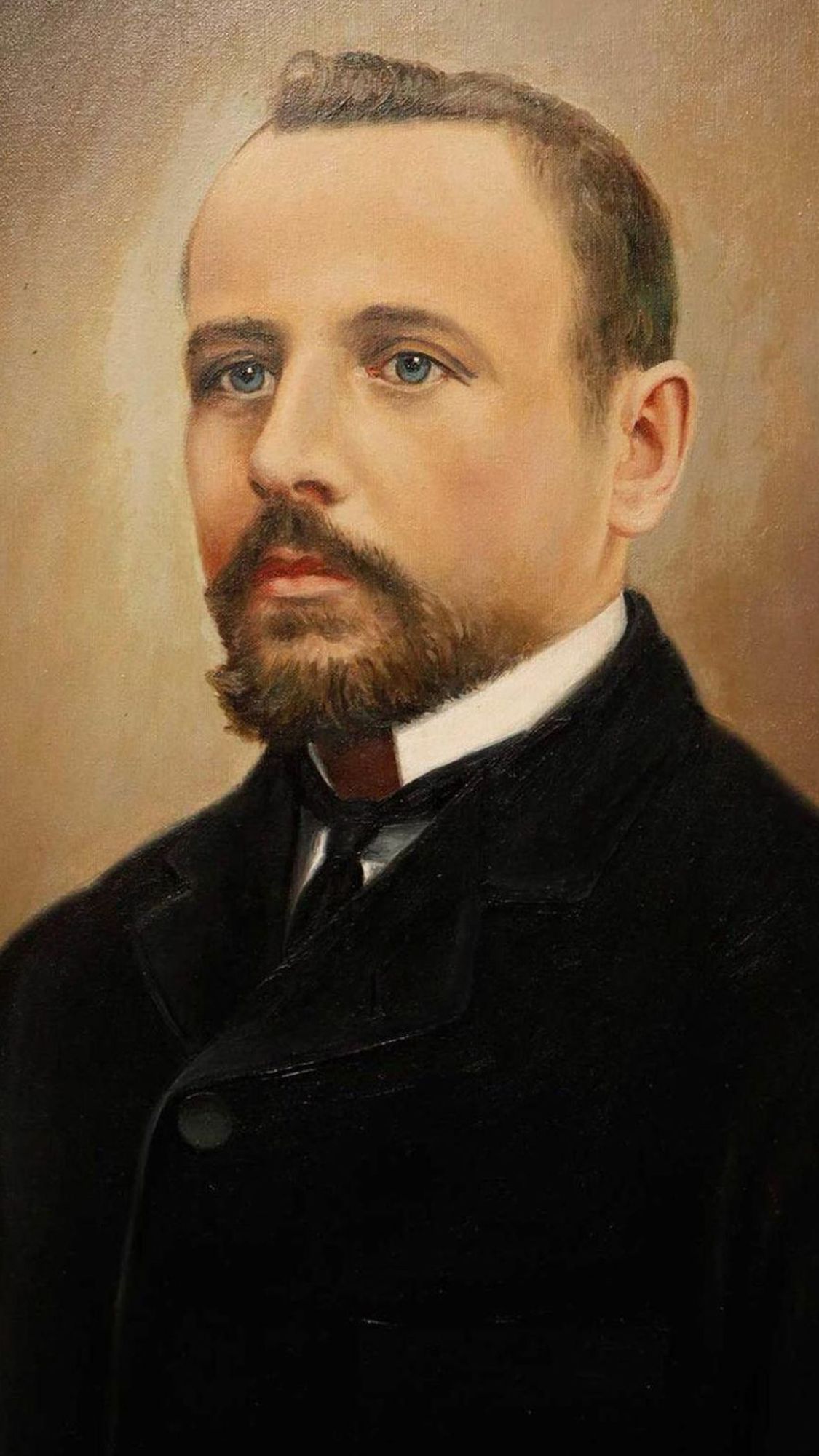 Nine years later, in the Los Campos area, a Galician born in the so-called Casa Vale de Vilaseca (Lugo), José Valle Armesto, started a workshop to manufacture the can opener that he called "The Spanish Explorer", which he had patented, and is now considered one of the essential pieces in the history of Spanish industrial design. In this way, the cans of the Gijón canneries could also be opened with a can opener manufactured in Gijón for the world.

Nor should we forget that Mateo Alvargonzalez, from the Gijonese family fundamental to understanding the economic development of the town throughout the 19th century, he was the first Spanish canner to use tin containers less than three decades after the British merchant Peter Durand invented metal containers for canned food that was used to supply the troops in the field. 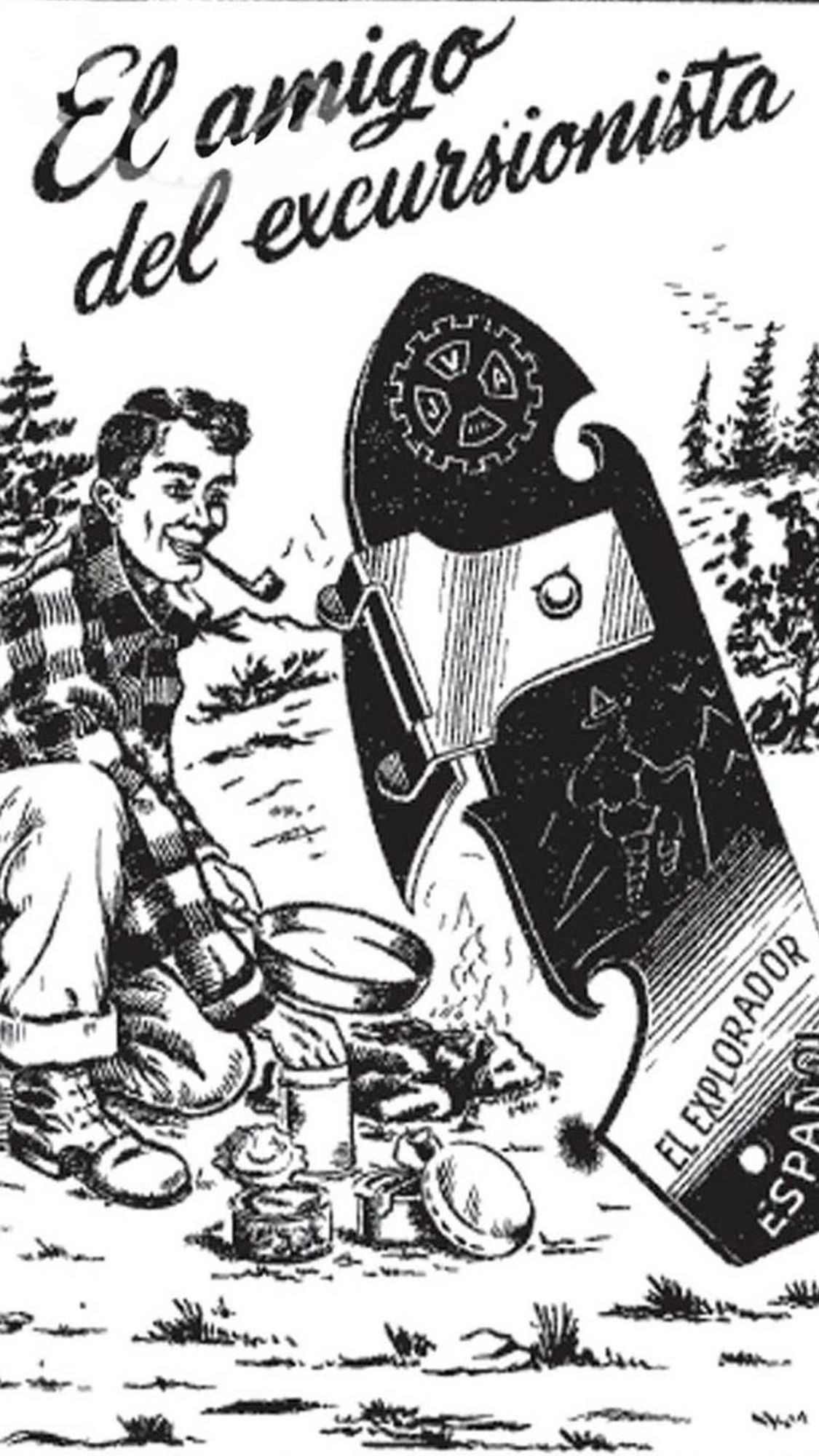 Jose Valle Armesto married twice -he had three daughters and a son-, second with María Luisa Trabanco Pérez, With whom he had a daughter, María Jesús Valle Trabanco, who is the one who ended up inheriting the company that his father had managed for more than half a century.

The last time the patent was renewed for "The Spanish Explorer", in the Spanish Patent and Trademark Office, it was on August 31, 1966. In the descriptive memory of "an improved tool for various applications", we can read: "A tool or device of simple construction and handling that even in contrast to its minimum weight and volume, has notable advantages for being specially studied so that it can have four different applications, being extremely useful for housewives and also for use on trips, picnics, excursions, etc. ".

The can opener patented by José Valle Armesto allowed, in addition to opening cans, be used "in punching tin cans by light pressure (...) This fact makes it possible to extract the contents of the containers through such an incision without having to open them completely. "It could also be used" as a low-force screwdriver "and to open the bottles known as a" crown cap ".

José Valle Armesto "without studies, he made himself", explained in 2016 to La Nueva España, middle of the same group as this newspaper, his daughter María Jesús Valle Trabanco. The son of a peasant family, he left Vilaseca, with few studies, to "serve the King." At the end of his military service, he worked as a traveling salesman and in 1906 he already had a company in Gijón to manufacture his can opener, "with a capitalist partner who died shortly after," said his daughter.

After a brief period in the Los Campos area, José Valle Armesto moved his workshop to the then Cifuentes street (now owned by Manuel Llaneza and, after the Civil War, by Calvo Sotelo). "Most of Dad's employees were women and he went every day, without fail, but not to the office, he was always in the workshop, controlling the manufacturing ".

For several decades the firm José Valle Armesto, SA did not skimp on publicity and advertisements inserted in the national press were frequent praising his articles: "The pocket can opener 'The Spanish Explorer' saves from many troubles. With it unnecessary inconvenience is avoided. It fulfills its mission wonderfully. It takes up little space in the suit. And it provides excellent services. Its fame was cemented , precisely, because of its efficient use. It is, really, irreplaceable. And it is convenient to carry it with you to use it at any given time ".

Porcelain plugs and wire keys, the other patents

But from José Valle Armesto's workshop also came out "porcelain caps for soda bottles" and wire keys for canning cans. "The amount of orders was such, especially for the Galician canneries, that they could not cope," recalls María Jesús Valle Trabanco, who worked in the office of her father's company. From the workshop on Calle de Calvo Sotelo, number 35, the so-called "universal lla1897ve" also came out to open tin cans with a flange, which "was later recovered by turning it in the opposite direction."

To the Galician businessman, who made a fortune with their products, He liked hunting and fishing, he had a hunting ground in the part of Vilaseca that he frequented, and he was a member of the Real Club Astur de Regatas. Even before the Civil War it was a popular character in the Lugo area of ​​Fonsagrada, as evidenced by the fact that on October 25, 1931, in "El Pueblo Gallego", his arrival was published, by train, to spend a season at his home in Vilaseca, then the Council of Negueira.

On March 19, 1956, the fifty years of the company were celebrated and the workers gave a silver plate to the person who had patented the most famous and used can opener in Spain.

"Until the end dad went to the company every day"

"Until the end, Dad went to the company every day," recalled María Jesús Valle Trabanco. "He lived on the street of Eladio Carreño, but since he was already walking with difficulty, every day a taxi driver, Senén, would take him for a ride around Gijón while he sang tune to him." He also remembered the youngest daughter of José Valle Armesto who "whenever he saw a sharpener he would run to falar in Galician, he never lost the relationship with Galicia ".

After the death of José Valle Armesto the husband of María Jesús Valle Trabanco took over the reins of the business: José Luis Pérez Joglar, who had been a traveler for the Basque-Asturian Hardware Store. He owes the "Universal Multipurpose Can Opener".

But the passing of the years made the production obsoleten in José Valle Armesto, SA, which, after a transfer to Roces, ended up closing.