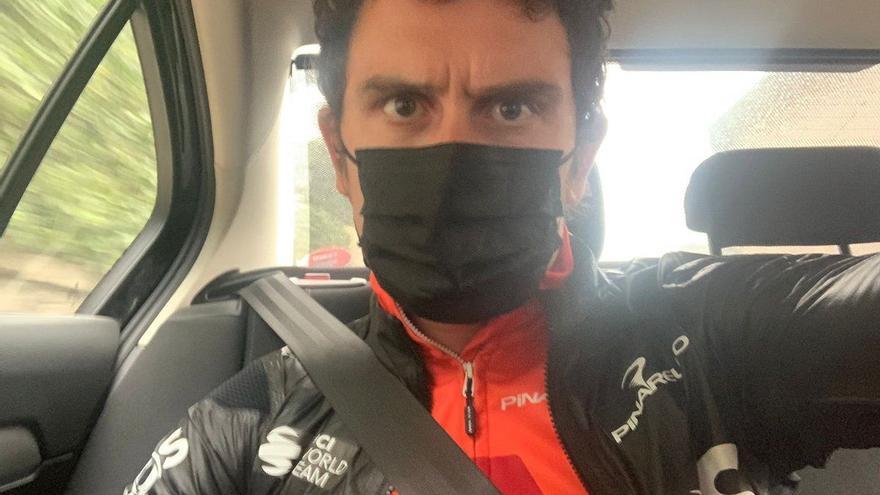 It’s not every day that a winner’s bike is stolen. Tour. It is not every day that a professional cyclist has to take a taxi home, of course in his training clothes. And even less, a police department searches for a ‘disappeared’ bike in strange circumstances. This is what happened on Sunday to Geraint thomas, winner of the 2018 French round, and who continues to be one of the stars of this sport who continues to live in Monaco and has not changed his residence to Andorra, as several pedal stars have done in recent years.

Thomas last week started training by bike after the holidays. As usual, since then, he went out pedaling every day. And as is also the norm, halfway through, he stopped at one of the bars along the way to have a coffee or latte. He did so on Sunday, in the coastal town of Menton, located 13 kilometers from the center of Monaco in the direction of the Italian border and the Riviera. What was the surprise of the Ineos runner? Well, when leaving the cafeteria his bike, brand Pinarello, the Italian factory that led to Miguel Indurain To win four of the five Tours he conquered, he had disappeared: almost 20,000 euros between frame, wheels and the rest of the extras.

Look what showed up !! Boy have I got a good story for you on next week’s @gtcc_ pod 🤣 Big thanks to the Menton Police for their help 👮‍♂️👌 All’s well that ends well pic.twitter.com/qW5x8qXnbt

The Welsh cyclist had no choice but to hire a taxi, in this case a fleet vehicle Uber, to return to Monaco, with the consequent anger and surprise of the driver when he saw that the client was a professional racer; and not just any one. Thomas he got ready to report the disappearance of the bicycle to the local Gendarmerie. The agents almost immediately began the investigations to locate her, which they achieved in the middle of the afternoon. The next chapter, not the last, was staged with Thomas at the police station, along with the officers, the bicycle and the smiles. The Pinarello, model Dogma F12, had recovered and the rider hopes to count on the social networks the whole odyssey in the next few days. As if that were not enough, the cycle computer where he had written down all the data of the week’s workouts had also disappeared and that Thomas had not downloaded to your computer.

Lovely ride. Lovely coffee stop in Menton. Except someone nicked my bike 🤦‍♂️ Now in an Uber home. It’s a Dogma F with F12 stickers. Random miss matched wheels and in need of a wash #oneofakind pic.twitter.com/ipBfMIJ9nF